Imagine climbing down a set of stairs from Heisler Park—where the gazebo now stands—and walking out across the water from Main Beach to Bird Rock. In the late 19th and early 20th centuries, two separate piers made it possible to head over with a fishing pole in hand or just enjoy a closer view. 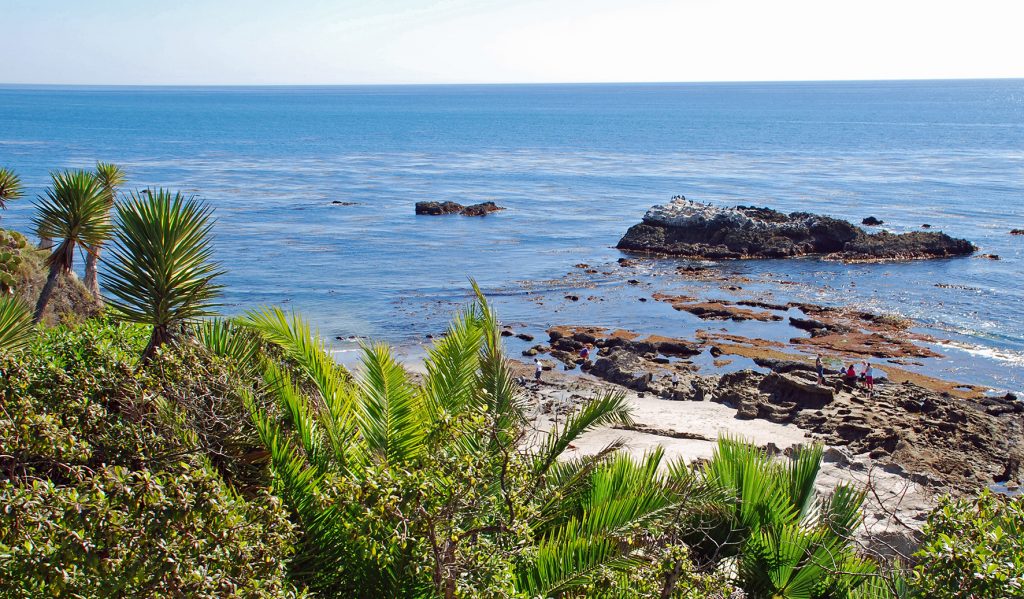 Laguna’s residents built the first in 1896 with a $100 contribution from James Irvine Jr. for materials. It lasted until approximately 1916. Then, in 1926, Tony Derkum constructed another pier; its 1,150-foot span extended out beyond Bird Rock, according to the Laguna Beach Historical Society. However, series of tropical storms, dubbed the “Hurricane of 1939,” damaged it so much that it had to be demolished.

Another two piers were built in other parts of Laguna over eight decades, according to local historian Roger W. Jones, who provided details to the historical society. The Arch Beach pier was the town’s first, in the 1880s, and the Aliso Beach pier was the last, standing from 1971 to 1998. Today, Laguna has no pier, although the city’s coastline stretches for approximately 7 miles.