This March, Laguna a la Carte: A Food and Wine Experience dishes up food and wine experiences throughout town.-By Hayley Toler 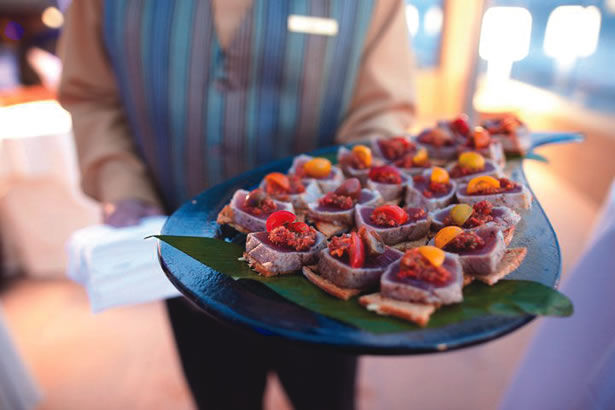 The French phrase “a la carte” translates to “according to the menu,” an appropriate title for the four-day bill of fare that will immerse both local and traveling foodies in the sauces, spices and secrets behind Laguna Beach restaurants. From March 8 – 11, a blend of local restaurants and high-profile chefs and wineries will offer menu items and experiences especially created for this event.

Coordinated by the Laguna Beach Visitors Bureau, the second annual Laguna a la Carte: A Food and Wine Experience will present a tantalizing combination of prix fixe menus, chef’s tables and hotel packages designed to allow foodies to dip their fingers in the full experience of lavish wining and dining in Laguna in an affordable way.

“Our goal is to introduce both Lagunans and visitors to additional restaurants they have not seen before and expose the breadth and depth of what Laguna can offer,” says Judith Bijlani, president of the Laguna Beach Visitors Bureau. “We have many more restaurants and deals added to the mix than the last year, and this year’s Laguna a la Carte promises to have a wonderfully wide, ethnic and diverse range of restaurants participating.”

Last year, the event drew more than 400 people at the opening night event hosted by Laguna Culinary Arts, followed by a crowd of upwards of 500 at the events held throughout the weekend at the 20 restaurants that participated, two of which were completely sold out. A lineup of guest chefs exhibited their principal menu items, including Craig Strong, Jeff Armstrong, Craig Connole and other big name Laguna chefs. This year, more than 30 restaurants are expected to offer specials from a free glass of house wine with an entrée at OceanView Bar & Grill at Hotel Laguna, to a rum and chocolate tasting sponsored by Eva’s Caribbean Kitchen. 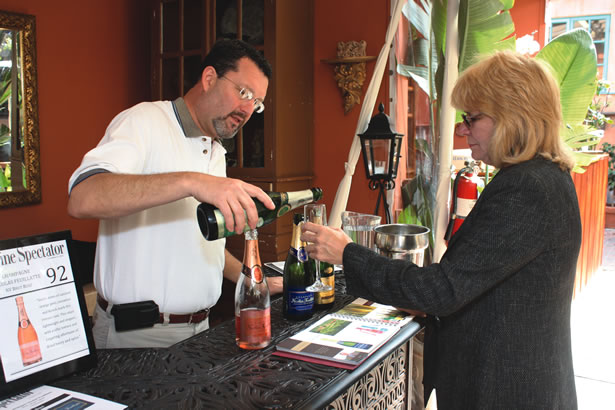 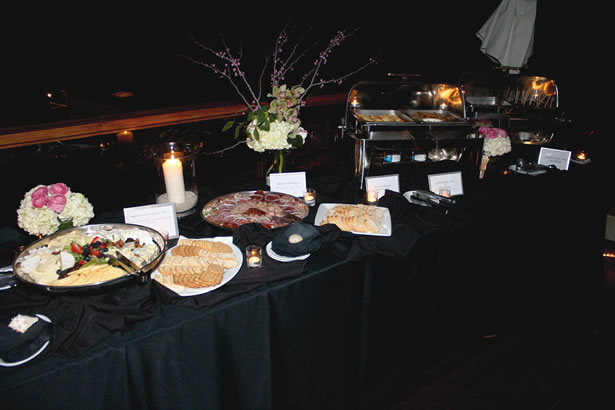 Whether Laguna a La Carte is a vacation destination or a “staycation” retreat, this year the Laguna Beach Visitors Bureau has coordinated packages at the Surf & Sand Resort and Spa, Hotel Laguna and the Inn at Laguna Beach, which will offer discounted rooms to event attendees who wish to engross themselves in the entire ambiance of what the city has to offer. “We hope that people will want to come to Laguna, stay the night and have multiple restaurant experiences,” Judith says.

To add philanthropy to the edible experience, the visitors bureau has cooked up an event that will feature 30 wineries and 20 Laguna Beach restaurants on the Festival of Arts grounds. The Signature Event on March 10 will benefit Children’s Hospital of Orange County and allow the expected 1,000 or so patrons to bite into samplings of local flavors while enjoying live music. A seminar on wine pairings will be hosted by Peter Neptune of The Neptune School of Wine, a wine educator and one of only 118 individuals in North America to hold the title of master sommelier. Tickets for the event range from $75 online to $95 at the door, to $115 for a VIP ticket that includes an early 10 a.m. entry.

Laguna a la Carte sprouted from the imaginations of Karyn Phillippsen and the late Claes Andersen. “For me, this is a really exciting time to pull it together, to see it grow. My vision—I see it becoming educational. People who were afraid to try octopus might try octopus now because it’s wrapped in cotton candy,” Karyn jokes about the possibilities for new experiences. She serves as chairman of the board of directors for the visitors bureau and is a committee chair of Laguna a la Carte.

While some dishes may not be as exotic as sugar-coated seafood, the visitors bureau has recruited a range of restaurants that will create an event ripe for ingesting and imbibing delicious flavors that may become favorites for years to come. 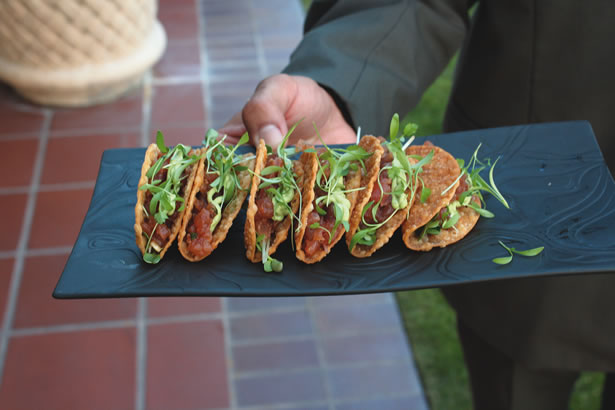 Dizz’s As Is: Complimentary dessert with the purchase of an entrée

Las Brisas: Complimentary glass of house wine with the purchase of an entrée

The Cliff Restaurant: Free appetizer with the purchase of a dinner entrée

Dizz’s As Is: Complimentary dessert with the purchase of an entrée

* This is a partial list. For full information, visit lagunabeachfoodies.com

Food to Fall For