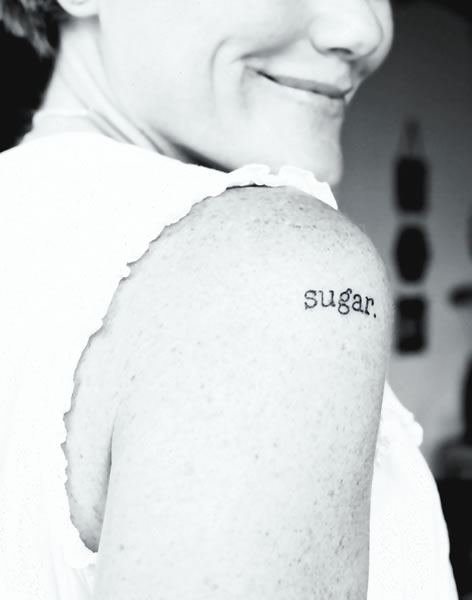 My first kiss was from Ron Wood of the Rolling Stones. I typically like to end the story there, so people can fill in their own blanks about how cool I am, or how many drugs I’ve done. But the truth is, I was only 13, drinking lemonade, and mistook him for Rod Stewart.

I was in eighth grade at my classmate Tasha’s birthday dance party when it happened. Her dad was in the music business and promised us all a “big surprise.” Olivia Newton-John’s “Physical” was Billboard’s No. 1 at the time, so you can imagine where all of our heads were … as well as our leg warmers.

I was leaning against her front door when the doorbell rang––I had been in this spot for the entire party, by myself, as my one and only friend had been grounded that night. When I opened it, Ron Wood––whom I thought was Rod Stewart with a bad dye job––gave me a hug and wished me a happy birthday. Before I had a chance to correct his mistake, the crowd swarmed around and mobbed him, while I remained at the door, worried about his feelings being hurt over the disc jockey changing the song to his competitor’s, “Waiting on a Friend.”

The next few moments were a blur––mostly because I opted to leave my Coke-bottle glasses at home. So I did not see Ron walk onto the dance floor, or the crowd part, or his finger wag, gesturing for me to join him. In fact, it wasn’t until he was six inches in front of my face, whispering, “I’d like to dance with the birthday girl,” that I clearly saw what a fool I was about to become.

Undeterred by my protests, he slid his arm behind my back, and swayed me side-to-side to the music. “I’m just standing in a doorway,” the lyrics said. “I’m just trying to make some sense.”

When the song was over, he leaned down and kissed me. I could feel the bristles of his whiskers, I remember, and smell cigarettes on his breath. At 13, kissing someone as old as my dad repulsed and scared me. Tears came to my eyes.

But then, as quickly as it started, we parted lips, he waved to the crowd and then he was gone. And I … alone again.

Billy, the most popular boy in the world, approached me first.

And from that moment on, I was never alone at a door again.

I see Mr. Wood on TV from time to time and remain grateful. While no lawman would ever consider him my savior, steadfast or true, this scrawny little rock star certainly came to my … emotional rescue. LBM