From rock music and reggae to rhythm and blues, in Laguna Beach, it’s all about hearing it loud and live. 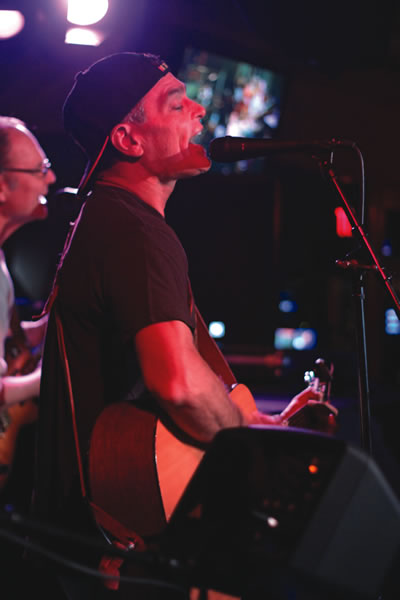 Laguna Beach’s idyllic shores sprinkled with plein air painters have made it a poster child for sleepy coastal towns. But the city is also home to a rocking live music scene made up of hip venues and world-class bands; you just need to know where to find them.

“I love going to watch a band live,” says local singer Celena Marie DelPizzo-Howell of the band MoonShine. “I want to see them right there, singing it and playing it.” Celena notes that Laguna tends to give live bands top billing over disc jockeys.

With strong support from the community, businesses in Laguna have toiled to establish an energetic live music scene and showcase local talent. “Laguna’s a unique place in that it really is an artist community, so it definitely attracts musicians … and people who care about [music],” says musician Lee Rocker of the Stray Cats. A Laguna resident for more than 20 years, Lee has spent his share of nights at local music venues, even sitting in with some of the bands on occasion. “It’s more organic—the music scene here. … I think [Laguna] definitely fosters an independence and a musical spirit.”

Whether you want rock or R&B, a low-key evening with old friends or a wild night of dancing with new ones, there’s a time and place for it. Here, we take a look at ways to sample the town’s sounds.

You’re downtown, hunting for a cold one and some ear candy. Marine Room Tavern is in the heart of Laguna, and as a true locals’ haunt since its opening in 1934, you really can’t go wrong here. Recently renovated under the auspices of new owner Chris Keller, Chris explains, “We don’t want to change the bar’s heart and soul … just enhance all the great qualities like the loyal customers, the music scene, the great bartenders who know people by name.”

Chris tries to keep the bar booked with acts every night, most with a rock or blues feel. On Thursdays you might catch the bluegrass-inspired, self-proclaimed “hippie hillbilly” band The Dupp Brothers.

On Sundays, locals have been gathering to hear the Missiles of October for the past 20-plus years. “At one point there used to be a lot of weekend biker guys that used to come there a lot,” Missiles singer Poul Pedersen says. “The streets were lined with Harley-Davidsons and it was just a real, local, beach kind of thing. It’s real fun.”

Though the audience at Marine Room is more diverse now than the old biker days, the Missiles still bring the crowds and Chris is hoping the facelift and improvements—like bar snacks, more live music and a larger selection of beer and whiskey—will keep people pouring in for years to come. 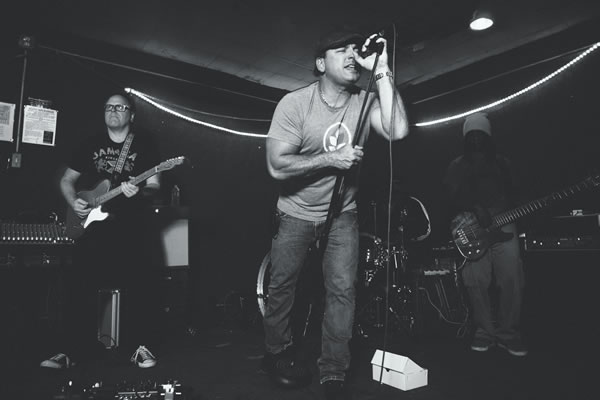 The night is young; you’re not ready to stop playing. Cruise over to Mozambique, the restaurant, lounge and music venue that draws large crowds for reggae acts on Sundays, although live music can be heard through the venue’s million-dollar sound system on Fridays and Saturdays, too. The action happens upstairs, where there’s a full bar and stage surrounded by framed guitars and outfitted with the equipment that musicians’ dreams are made of.

In the control room, you might see Tony Nguyen hard at work mixing audio and producing live video streams (available for viewing at mozambiqueoc.com). “This place goes off [on Sundays] because it’s reggae,” says Tony, who’s also in charge of booking talent. “We bring authentic reggae bands, and the sound system is nice so … that attracts people. Even when it’s raining … it’s still busy. It’s crazy.”

The music is a perfect match for the exotic food and hip vibe. “People come in here and they feel like they’re in Jamaica or something,” Tony adds.

Nick (Nick-I) Hernandez, a member of local bands Common Sense and A.D.D., and a resident artist at Mozambique, acknowledges the overwhelming presence and popularity of reggae at Mozambique and around town: “The [Laguna music scene] is very influenced by reggae. … It’s a surf town. Every surfer in Laguna loves reggae.”

In addition to reggae bands, Mozambique will bring in big names like Macy Gray and George Clinton on occasion. “What’s great about Mozambique is they not only bring in national talent, they also support the local talent,” says Nick, who performs his reggae-, rock- and hip-hop- influenced tunes every Friday night to a full house.

If you’re still going strong after the bands at Mozambique have packed up at 10 p.m. on Sunday, or midnight on Friday or Saturday (the restaurant is located in a “quiet zone,” where late night noise is discouraged due to neighborhood complaints), the White House keeps the music playing downtown until about 1:30 a.m. Open since 1918, the venue has a classic feel you don’t find in many other establishments; you’re likely to be greeted by a smiling bartender drying glasses before he throws the towel over his shoulder and starts mixing you a negroni. The bands take the stage in the back where there’s also a dance floor. Although reggae Sundays are popular, you can count on sweet sounds almost every night of the week. Monday through Wednesday is mellower, with crowds picking up on Thursday into the weekend. Waiting for a reason to wear that neon sweatband? Check out 1980s cover band Flashback Heart Attack on Saturdays.

“It’s a downtown spot where everybody can stop in for a while, hang out, have a good time,” says promoter Tony Cox.

Tony curates a lineup of local artists,  sometimes booking DJs on Fridays. Thursdays tend to lean toward rock, with a new favorite being MoonShine, a Laguna-based band of youngsters who play what Tony describes as a blend of Etta James and the Stray Cats. “We’ll do jazz songs … we’ll do bluesy stuff, and then we’ll do stuff … that people can dance to,” says Celena, who started the band with her 17-year-old brother, Dylan, and friends.

Even when the youthful band takes the stage, the White House’s downtown location makes it a hangout for an eclectic mix: from surfers to businesspeople, locals to tourists, young to young at heart. 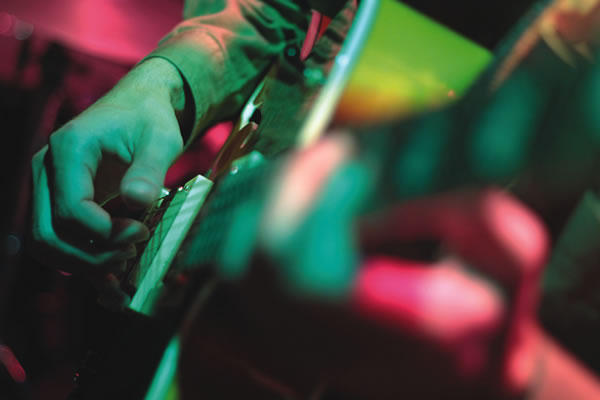 You’ve been rockin’ since late afternoon and it’s time to head to Laguna’s tried-and-true late night spot. With its dark interior and ancient carpeting, the Sandpiper never won any beauty contests. Known as the Dirty Bird, daylight disguises the bar, but at night you’ll find miscellaneous characters spilling out, drum beats audible from the street.

“The nightcap has to be the Dirty Bird,” Lee says. The musician’s concession sums up the venue: it’s where the rock stars and the common folk, the drunk and the sober, come to let their hair down at the end of the night. Order a Jack and Coke or a cosmo. Belly up to the bar, play a game of darts or dance the night away. The Sandpiper prides itself on being the bar with no frills and no judgment.

“[People] from the Midwest or the East Coast come into the Sandpiper and they, go ‘A bar—I finally found a bar,’ ” says Chuck Harrell, who runs the Bird with his brother, Chip. Bands take the stage every night of the week, but you can count on a crowd Thursday through Sunday.

The World Anthem Band has packed the house on Thursday nights for the past 18 years, known for their reggae tunes. “By midnight the dance floor’s always packed,” says band member Ronnie Pringle. “You can come in anything you want to wear, and you’ll be accepted as long as you have a smile on your face. That’s all that counts … and $5 in your pocket. That’s what gets you in.”

Even with thousands of songs available at the swipe of a finger or a click of a mouse, there’s something about the beat of a drum and the energy of an audience that makes the live music experience better than prerecorded sounds, and Laguna’s venues and musicians keep that at the forefront of community consciousness. “We have a real, thriving, living entity in terms of our artist colony,” Ronnie says. “The music is a vital component to the art scene … and a prominent fixture in Laguna.” LBM 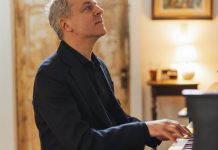