The local musician shares some of his humor, inspiration and favorite places in town.

Prolific musician Jason Feddy, who performs at several venues around Laguna Beach, grew up visiting his father in this seaside town as a child before moving here from England in 2000.

“My brother and I spent many summers here. Laguna was a magical place for us, coming for a fortnight each year from our home in the housing projects of Yorkshire, with their soggy chips, drizzle and schoolyard antisemitism,” Feddy says. “My dad had assimilated well into California culture and seemed to love the place.”

Feddy, a singer-songwriter and guitarist, started by playing at English pubs and has opened for the likes of Neil Young, The Cranberries, Tears For Fears and more at The London Palladium and Glastonbury Festival. But his musical inclinations began in childhood. “I was 10 years old—my dad bought me a guitar for which I begged for my birthday,” Feddy recalls. “I [also] play a little piano—actually it’s full-sized, but I play it infrequently—and harmonica. I’m learning bass right now on Zoom with the great John Troy.”

Feddy has released six albums of original music including a compilation of songs from William Shakespeare’s plays; using the Bard’s lyrics, Feddy created melodies and recorded them with the help of producer Ed Stasium, who worked with the Ramones. Feddy also performs live, both solo and with two bands, The Beatroots (Beatles songs) and Mad Dogs and The Englishman (a tribute to Joe Cocker).

Notably, Feddy wrote songs for “Two’s a Crowd,” a play penned by comedian Rita Rudner, who also starred in the show, which opened at Laguna Playhouse in 2018 then continued at one of New York City’s off-Broadway theaters in summer 2019.

In 2019, Feddy was named Artist of the Year by the Laguna Beach Arts Alliance and, for a while, hosted a morning show on local radio station KX FM before it moved from 93.5 to 104.7 on the FM dial. During the early part of the COVID-19 pandemic, Feddy and his wife Ava Burton entertained online crowds with a weekly show called “The Pageant of the Mattress,” streamed from their guest bedroom, sometimes featuring their dog.

Feddy lived in Laguna for a decade, but moved to nearby Aliso Viejo after he and Burton married in 2010. But they remain connected to the community with frequent performances and the occasional meal in town. “We love Lumberyard as a go-to,” he says. “I ritually order the chicken pot pie.”

Beyond Laguna, Feddy serves as cantor/soloist at Temple Isaiah of Newport Beach and as a musician in residence for the Jewish Collaborative of Orange County. “Having spent a lot of time in Israel—Ava and I were married there—I’m a Hebrew speaker and I know the tunes,” he says. “In the beginning, it was just a gig, but over the years I grew to love the congregation and the rituals. It’s like a second family.”

Where do you find inspiration for songs?

Jason Feddy: For many years I mostly mined the deep well—pardon the mixed metaphor—of my disastrous “love” life for my songs. Although this largely amounted to a bunch of complaining about women, people could seemingly relate and it served its purpose. More recently, I’ve been attempting songs of a more spiritual nature and some storytelling. It’s fun to imagine other lives. I’m done complaining.

Your schedule seems jampacked with shows. What do you like about playing music?

JF: I’m lucky and grateful. Laguna Beach has provided me with a living from music, which is really counterintuitive. My family continues to be confounded by it. I love the freedom that making a living from gigs provides. We live like kids—as I write this at 3 p.m. on a Thursday, I can hear Ava practicing the recorder for a Bare Bones Theatre company show in the living room. The talent I was born with is a gift that keeps on giving. The rent is paid and people generally smile while I’m working. We don’t have much in the way of financial security or a plan for old age, but while the phone’s still ringing and I can sit up straight, I’ll keep on doing it.

Where did you and your wife get the idea for “The Pageant of the Mattress” during the pandemic?

JF: I watched a few musicians doing “shows” from their homes online and was really impressed by the ones who were the most natural. It took me a couple of months to figure out how to make the sound good for the listener, but I knew—from our time at KX FM—that Ava and I could be engaging without a script. I sang songs and Ava communicated with the audience via text on Facebook. We had a running “Dad Jokes” theme and played “Stump the Chump,” where I played songs I didn’t know. It was really fun and it connected and reconnected us to people all over the world, many in the U.K. We may revive the show this year.

Are you working on any new projects?

JF: I’m writing and recording with a couple of collaborators, both with the goal of licensing music for film or TV. One project is my usual acoustic guitar-based style with excellent players. The other has a more pop or indie-rock sound. I’m also recording a simple solo guitar/vocal collection at home. Also, I’m co-writing a book on how to apologize efficiently. Working title: “The Glory of Groveling.” I’m not kidding. I spend a lot of time apologizing.

What style of music do you enjoy?

JF: The Beatles, [Bob] Dylan, Nick Drake, John Prine. I’m very picky and judgmental about new stuff. It’s my business—like when you go to a new hairdresser and they keep tutting and rolling their eyes at the job the last guy did. It’s hard to listen with an open mind. Every now and again someone pops up that’s undeniable. I love the band Elbow, for example. For relaxation, I like classical music and instrumental jazz. I don’t know anything about classical music and jazz, so I can just relax and let them take me on a journey. 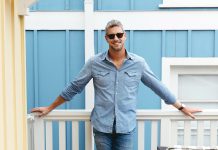