Our guest columnist says, ‘Let’s open up the streets and have bicycle tires and feet replace the brakes and exhaust.’-By Charles Alban 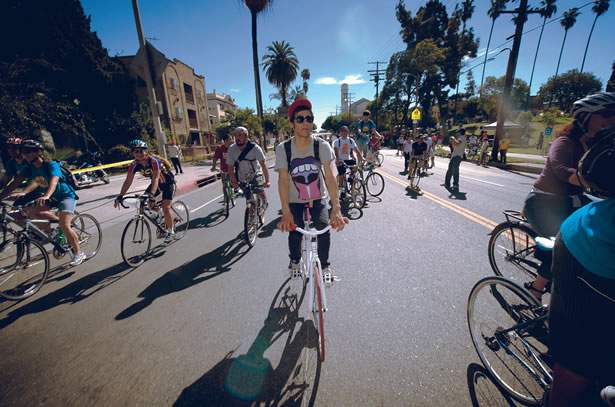 What can we do to make Laguna more bicycle and pedestrian friendly? To encourage residents toward that end, at Transition Laguna we are promoting the idea of a Ciclavia here in Laguna Beach. This is a concept that originated in Bogota, Colombia, and has spread to many other places, including LA and Portland.

The idea is to close off certain streets through the downtown area to vehicle traffic for a few hours on a Sunday so that the townspeople can enjoy their city on bicycles, skates and on foot.

In the cities where Ciclavia has been tried, it has proved hugely popular. The several recent events in Los Angeles were amazingly successful. The attendance estimates ranged into the hundreds of thousands, and it certainly seemed like a good portion of the city was participating.

Up in Oregon, they have put on Portland Sunday Parkways, where several Portland city parks are connected by a cycling route. These events in Portland are very popular as well and attract people of all ages, from young children with their families to senior citizens.

On those cycling Sundays in both cities, the atmosphere seemed completely different without the constant racket of passing traffic. All that’s heard is the swishing of bicycle tires, people’s voices and even birdsong. The peace and quiet is a little eerie at first, but very relaxing.

Seniors benefit particularly from these events. The city of Portland’s transportation department facilitates the use of tricycles by seniors and provides an active training program. Laguna Beach has a large senior population in town, and while the hills in Laguna are no doubt daunting, the new Laguna Bike Map route avoids any major hills.

The brand new Laguna Bike Map, published by Billy Fried of La Vida Laguna (featured in the local papers and available at various hotels and tourist spots around town), shows a circular route connecting all three of our city parks: Bluebird, Boat Canyon and Heisler Park.

Michael Hoag, a senior who resides in downtown Laguna, has long been a proponent of active lifestyles, and is involved in both Transition Laguna Beach and the Complete Streets Task Force. “The task force envisions a healthy, prosperous community with safe, friendly, beautiful streets, walkways and bikeways that meet all the needs of our residents and visitors,” Michael explains. “A Ciclavia in Laguna falls in line with their mission statement perfectly. I’m looking forward to seeing this happen in the near future.”

For bicyclists of any age, there are very effective electric-assist bicycles and tricycles, sold at shops like Electric Cyclery, which make a breeze of the hills and valleys of downtown Laguna.

With a groundswell of public opinion behind this concept, presenting the idea to the city council is the first step in realizing the event here in Laguna.

Many people in town think that the almost total reliance on private cars as a means of transportation in Laguna is damaging to our health and sanity. The constant sitting in a car and lack of walking is unhealthy, the noise and pollution from the vehicles is environmentally damaging and stressful, the need to provide ever more parking spaces makes for an ugly streetscape, and the price of gas is becoming unsustainable.

While the Ciclavia idea is a great way to have fun and enjoy the day, the underlying purpose is really to encourage more people to consider walking and biking as a viable transportation alternative. So why not here? LBM 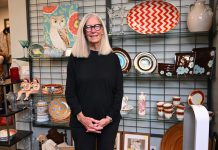