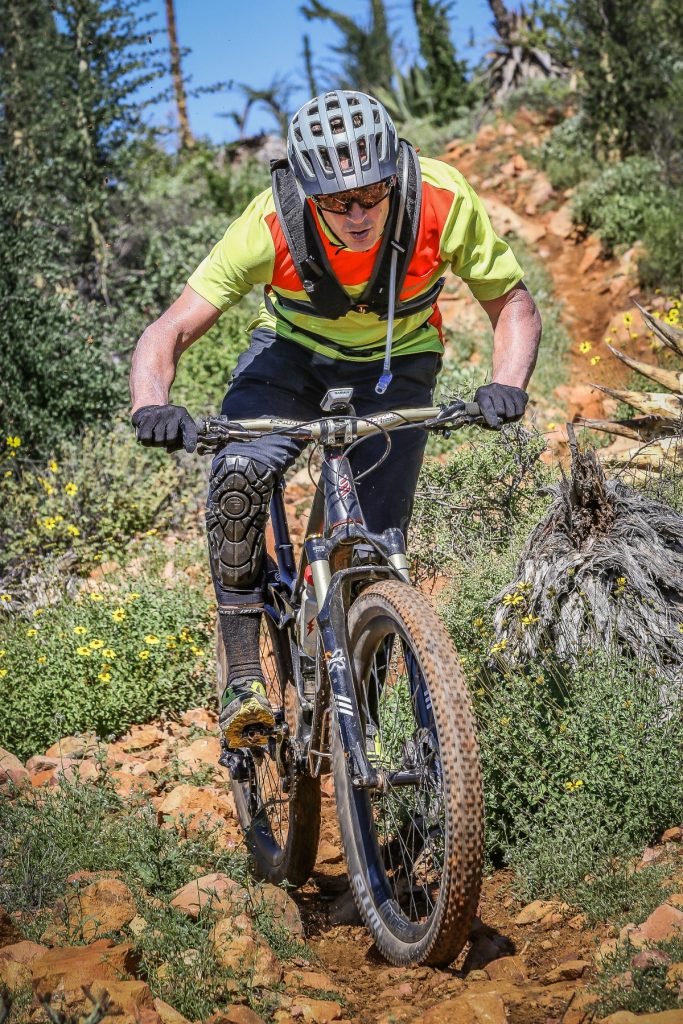 Local professional mountain biker Brian Lopes set a new record by becoming one of the first to cross the 22-Day Trail in Baja, Mexico, via bicycle.

For years it was just a pipe dream; riding a mountain bike across the Baja Peninsula was a dangerous, if not crazy, idea. “Sand, extreme heat, poisonous snakes, cactus and the lack of water don’t really sound like ideal places to ride, right?” Brian Lopes questions in a first-person account he wrote after the trip, just before calling the rugged region, which primarily attracts ocean sports enthusiasts, the “perfect canvas for adventure.”

Lopes, a world-champion mountain biker, first tossed the idea around while on a trip in Baja roughly five years ago with friend, fellow rider and Laguna resident Richie Schley. And, as the proverbial wheels were set in motion, he reached out to longtime comrade and former professional mountain bike racer Dave Wonderly, a former Laguna resident who now lives in Silverado Canyon, California, to form a plan; the two ultimately decided to cross the peninsula via the 22-Day Trail, which they’d both covered by motorcycle, but, as far as they knew, had never been completed on a mountain bike. The remote, approximately 80-mile trail is exposed, dangerous and extremely technical; according to Lopes, it’s crossed by only a few dozen people (on motorcycles) annually. And that’s exactly what motivated the intrepid trio to pursue the lofty dream, which, after months of planning, preparation and long training rides, became a reality earlier this year.

In February, Lopes, Wonderly and Schley—with the help of a support team that included a videographer and photographer—completed the record-setting trek. In the end, it proved to be as much a mental challenge as it was a physical feat for the riders, who made it across the Baja Peninsula from east to west in two days, and, after taking a day to rest, back again—with the return trip taking just one day. Here, Lopes recounts the ride of a lifetime. 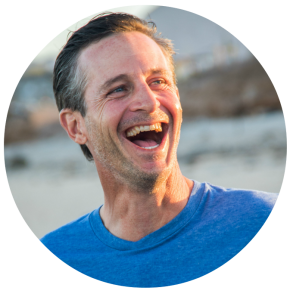 What inspired you to undertake this journey?

We … [had] been talking about crossing the peninsula for a while … , but were not sure on a route that we could do. Dave and I had both ridden the 22-Day Trail on our motos and agreed toward the end of 2016 that this would be a good—but difficult—route to try. The debate between both of us was if it was even possible to do in one day. I always wanted to do it in a one-day push, but Dave was not so sure we could do it. … I was counting on Dave’s knowledge and experience of the trail, as he had crossed it probably 10 times on his moto, and I’d only ever crossed it once. The motivation was to be the first ever to make this crossing … on bicycles.

For those unfamiliar with the sport of cycling and/or this particular trail, why was it such an impressive feat?

For one, it had never been ridden on bicycles. The trail is very remote, rough, rocky, there is no water, shade or any kind of help if something goes wrong. There are a lot of dangers out there and it’s literally in the middle of nowhere. [Note: While Lopes began the return-trip ride from west to east with Wonderly and Schley, he quickly split off from the group to ride at his own pace, completing the one-day journey entirely solo.]

How did you feel about being the first to cross the trail by mountain bike?

Great. It was the toughest ride and longest one I had ever done on a … [mountain bike] and not really knowing if we would actually make it, then to succeed, was awesome. Being the first to do something is with you forever.

What was the biggest challenge during the trip?

There were a lot of challenges, really. Staying hydrated and fueled up constantly was big. I wanted to just keep moving, even [if] it was at a slow pace because I knew taking breaks would add up to a lot of time and I really wanted to make sure I made it before sunset. The last couple hours … [took] a toll on my lower back and … [buttocks]. Sitting on my seat for nine hours was getting uncomfortable. My legs actually felt OK, it was really the lower back and … [buttocks] that hurt the most. I just stayed focused … [on] my game plan, never going too fast, never stopping for more than a few minutes, eating and drinking as much as possible and staying focused so I didn’t make any dumb mistakes that would cause a crash or mechanical [issue].

What was the highlight of the trail-crossing experience?

I think the highlight was making it to the Sea of Cortez in just over nine hours, much quicker than I thought it would take. But it was also a highlight for me to see Dave and Richie roll in a couple hours later, making it a successful trip for all of us. It is awesome to look back now and think about what we accomplished and to know that all our preparations really paid off for everyone. To put that much time and effort into something, it’s nice to come home knowing we all achieved the goal. 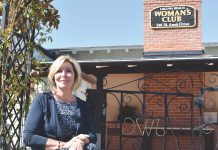 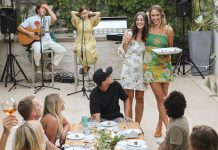