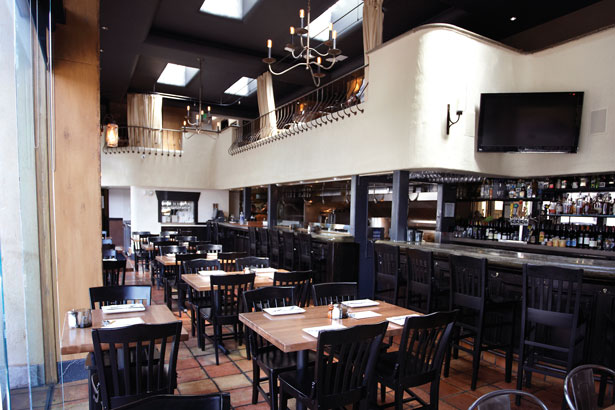 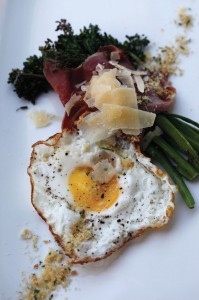 Mondays at Three Seventy Common Kitchen + Drink are anything but boring. Aptly named Uncommon Mondays, this guest chef series is curated by owner and Executive Chef Ryan Adams. He and his culinary team host prix fixe dinners that showcase the food and sensibilities of chefs from cities around Southern California. In April, chef Scott Brandon, formerly of The Crow Bar and Kitchen and now-closed Oysters of Newport Beach paid a visit while in May, chefs Luis Perez and Alfonso Ramirez offered signature dishes of Santa Ana’s Lola Gaspar.

For the 10-month-old restaurant, the series started April 2012, halted in the summer due to long hours, but is back for the fall. Look forward to delectable specialties from chefs Seth Greenburg and Meesh Montygierd of Santa Monica’s The Penthouse on Sept. 17, chef Eric Greenspan of LA’s The Foundry on Melrose Oct. 15, chef Alez Ageneau of Breadbar in Century City on Nov. 19, and chef Jared Cook of St. Roy at Vine in San Clemente on Dec. 17. For these gourmet events, the usual Three Seventy Common menu is set aside for an utterly unique experience.

Rosa’s Cantina in Olamendi’s is looking to spice up Laguna Beach with their first annual Salsa Dance Invitational to be held Sept. 28 – 29. The Latin lounge will host a kick-off party for all salsa lovers to dance and mingle with fellow dance enthusiasts. Professional ballroom and Latin dancer Eric Romero, who currently teaches group classes at The Art of Fitness, will also be in attendance. “I see an enormous amount of people coming into the studios I teach at wanting to swivel their hips and dance to Latin beats,” Eric says. “We could not think of a better way to spice up Laguna Beach [than by] adding this Salsa Invitational.” The “Salsa Sizzle” salsa dance competition will be a two-night event, with a top prize of $1,000 going to the winner. Olamendi’s owners Verak and Cindy Maska hope the competition will attract salsa enthusiasts from all over California and bring more cultural diversity to the city. Entry for the contest is open to amateurs and professionals, and costs $150 per couple, which includes admission to the kick-off party. Spectator tickets are also available by calling 214-923-0923 or at the door the day of the event. (1100 S. Coast Hwy. #202) —L.D.

A Fresh Take on Tradition 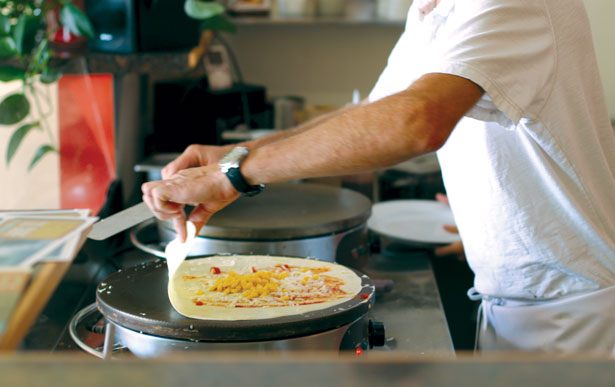 Out with the old and in with the new. The product of a power partnership between the former owners of Goko Cafe & Deli and Cafe Vienna, Thalia Beach Cafe opened June 30, sporting bright red walls and beach thatch chairs. The café fuses delicious elements from the past restaurants of co-owner Ferdinand Lettner, staying dedicated to Goko’s tradition of healthy foods.

From tomato bagels to crème brûlée, the café boasts refreshing, vegetarian-friendly dishes. The café’s breakfast choices feature egg dishes wrapped in crepes or served with toast and homemade jam, and other menu options include sandwiches, green plates and soups. Co-owner Breshkai Berlin says, “It’s healthy, it’s fresh, it tastes good—we don’t fry or use oil.” The kitchen, after the cafe’s swift three-week remodel, has moved out front, so the food is made right where diners can see.

For lunch and light snacks, guests may indulge in fresh dishes wrapped in either traditional or gluten-free crepes or wraps. Sweet options include crepes like Oreo Cookie Crunch and Nutella, which are topped with freshly-whipped cream. (907 South Coast Highway; 949-494-4880) —V.Y. 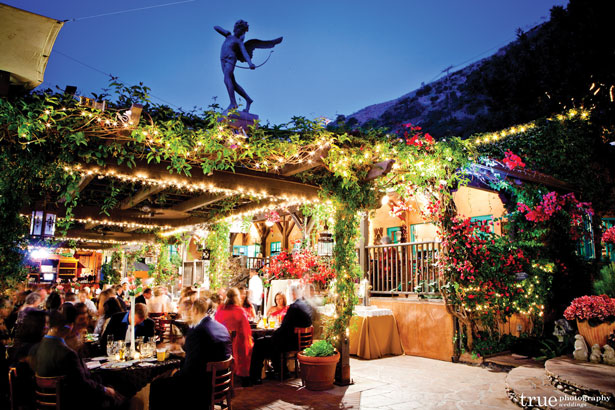 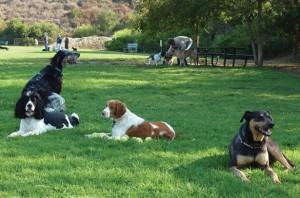 The first dog park built in Southern California, the Laguna Beach Dog Park, is a great resource for local pooches. Says local veterinarian Dr. James Levin: “[The park] does a lot for local dogs besides just providing safe, wide open spaces for them to run free. It also supports organizations like RUFF (Rescuing Unwanted Furry Friends) and volunteer groups that help provide care at local animal shelters. Until we get to a point where we don’t have a large population of unwanted and abandoned animals anymore, we will continue to support these efforts.” To help support the dog park and other local animal welfare efforts, The Laguna Beach Animal Hospital will host My Best Friend’s Brunch from 11 a.m. to 2 p.m. on Oct. 28 at Tivoli Too! The event will feature an extensive brunch menu, entertainment and several raffle prizes. All proceeds will benefit the canine community. Tickets can be purchased in advance at 949-497-3552, or at the door. —A.B.