A restaurant resource for dining out in Laguna Beach.

The Nolet family continues to inspire spirited feedback after releasing their own gin. 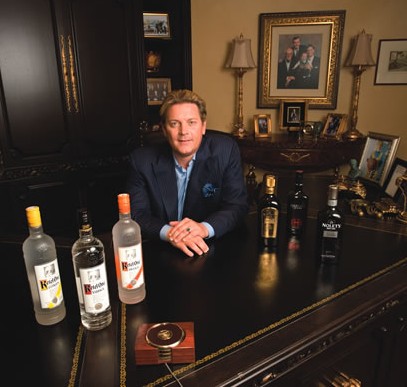 With its USA headquarters based locally in Aliso Viejo, Nolet’s produces some of the most acclaimed, high-end spirits around, including the esteemed Ketel One vodka. After perfecting and successfully marketing their top-shelf vodka in the U.S., the Nolets set out on a quest to make a very special dry gin worthy of its family legacy. And from that came Nolet’s Silver, a unique gin instilled with the flavors of Turkish rose, white peach and raspberry, a combination not found anywhere else, and one that is both awakening and memorable. Part of the 11th generation of making fine spirits under the Nolet name, the company is a Nolet family heirloom and has been passed along from generation to generation, each one successively growing the popularity of the brand, all while maintaining the necessary ingredients of success that put them on the map to begin with. Try Nolet’s gin with this savory cocktail:

Music and a Meal 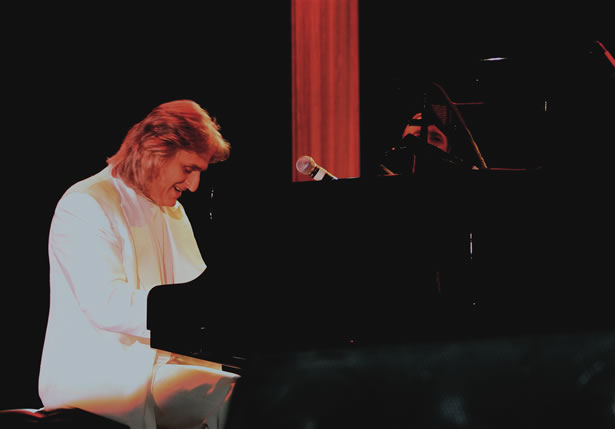 Giovanni has played across the globe, sold his music like hotcakes on QVC and now has finally arrived in Laguna, playing three shows a night each Friday and Saturday evening. Romeo Cucina, famous for its celebrated Italian eats, now has the live musical talents of Giovanni to make weekend nights even more special. The live mini-concerts set the mood for couples sharing a great dinner, transforming a night out into an intimate, romantic affair.

Giovanni is an accomplished and acclaimed piano virtuoso, composer and recording artist—having sold millions of discs since his beginnings in Italy, and has even been featured in his own PBS special with a second in the works. Now locals will have the chance to see and hear the romantic melodies and amazing performances live, all while dining on terrific Italian cuisine.

Stella’s Serious is No Joke 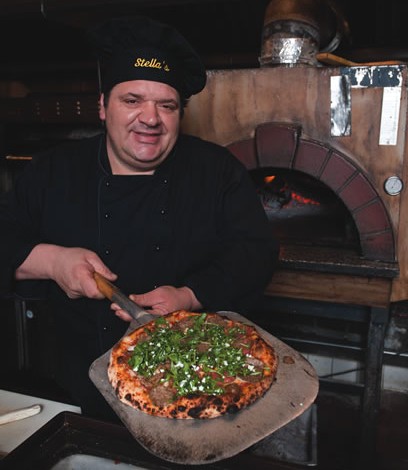 The restaurant’s new chef, Marco Mariselli, wants his visitors to experience superb food, a great dining atmosphere and to enjoy his culinary mastery, a passion borne of his drive for preparing some of the best Italian food this side of his home country.

“I’m just so proud of what we do in the kitchen,” Marco says. “But everyone needs more than just food as a reason to go out and eat.”

And while the name would be misleading if fresh, seasonal and stellar cuisine weren’t the star of the show, Stella’s Serious Italian offers a decidedly “borough-influenced” experience. Live music on a near-nightly basis, courtesy of the talented Brooklyn saxophonist Gary King, sets the mood for a memorable evening, and guests can enjoy a refreshing Negroni or glass of Chianti along the handsome, NY-inspired bar.

Whether the food and ambiance takes diners to New York, Italy or just to their happy place for a couple hours, chef Marco is doing his best to live up to restaurant’s namesake. 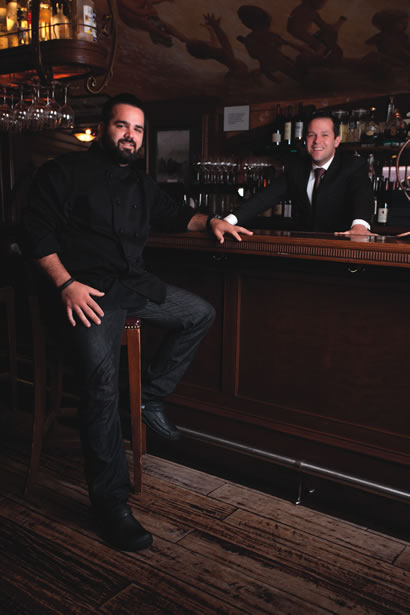 French 75 has a new GM and a new executive chef, which should automatically mean that sweeping changes will rule the future of the romantic French chateau—but in actuality, subtle changes will carry the day.

“We won’t be changing very much,” new GM Pascal Gimenez explains. “We just built a new rooftop upstairs at the beginning of September; it’s a very nice place to eat and enjoy the outside.”

The new open-air dining section is indeed the biggest and most welcome change, with comfortable chairs and tables arranged so that diners can take in while they enjoy one of the restaurant’s namesake cocktails and some great French fare.

Executive Chef Gregory Moro, formerly of Tradition by Pascal in Newport, takes over the wheel at French 75. While Pascal hints that there may be some new ideas slowly simmering on the back burner, they wouldn’t be overwhelming or immediate, as he knows what his loyal diners enjoy the most.

“We want to continue to position ourselves as an elegant restaurant in Orange County—a place for original, organic ingredients with a good menu, good food and to become a great place to hang out,” he says. (1464 S. Coast Hwy.; 949-494-8444; french75.net)

Guests of Katsuya who wear Laguna Beach High’s team colors will have 10 percent of their bill donated to the athletic boosters club. 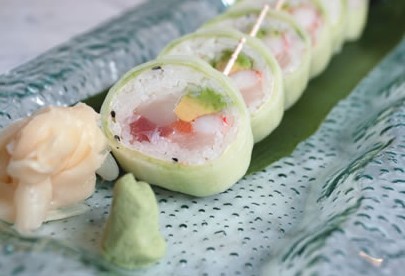 Maroon and white can be a rewarding combo for supporters of Laguna Beach High School sports, as every check will have 10 percent of its total donated to Laguna Beach High School Athletics Boosters when diners wear the school’s colors on evenings when either JV or varsity football has a home game. A simple and tasty way to enjoy a good meal and support local athletics, it’s an offer that locals can easily stand up and cheer about.  (858 S. Coast Hwy.; 949-793-4030; sbe.com/katsuya)

A Savory Taste of the Sea

Bring a Mediterranean seafood treat to the table with this great recipe from Laguna’s own Tommy Bahama. 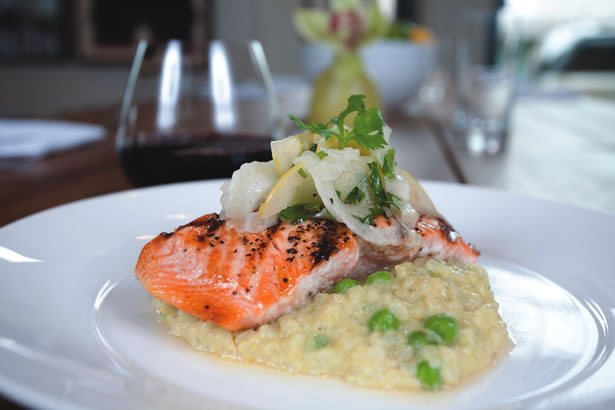 Tommy Bahama restaurant stands out from the ultra-competitive seafood scene of Laguna Beach with acclaimed entrées, such as this fresh salmon recipe.

Preparation:
Place lightly oiled salmon on a clean, pre-heated grill. Cook medium to make diamond marks on both sides of the fish. Once finished cooking, remove from grill and season with ½ teaspoon of salt and pepper on both sides, and brush with a little olive oil and let rest in a warm spot.
Using low to moderate heat, warm chicken stock, sweet pea sauce and risotto base together in a sauté pan. Gently cook the risotto until it looks creamy. Add the cheese and the risotto should tighten up a bit, then finish with the butter to add a nice shine. Hold in pan.

Preparation:
Add oil to a heated heavy-bottom saucepan. Add onions, shallots, garlic and rice. Sauté for two minutes. Add chicken stock a half cup at a time and cook until all liquid is gone.  Stir rice while adding in stock so that it doesn’t stick to the bottom of pan. Rice should almost be cooked when finished with the stock. Spread out risotto on baking pan lined with wax paper and cool until ready to serve.

Serve:
Place cooked risotto on the plate, then add cooked fish and top with the apple fennel slaw and garnish with the cilantro sprig.

Method:
In a large mixing bowl, mix the tomatoes, white onions, garlic, jalapenos, red chili flakes and some salt. Toss it to completely mix and season with salt. Pour about ½ cup of the olive oil in the bowl and continue to mix. Put tomatoes in a pan and roast at 400 F, stirring about every 15 minutes, until the tomatoes are soft and the onions have some color. Using a blender, puree the soup while gradually adding the rest of the olive oil and season to taste with sherry vinegar, salt and pepper. Cool the soup and taste again, as it will need more salt as it cools. Serve with chopped red onion, peppers and cucumber cut in very small cubes. 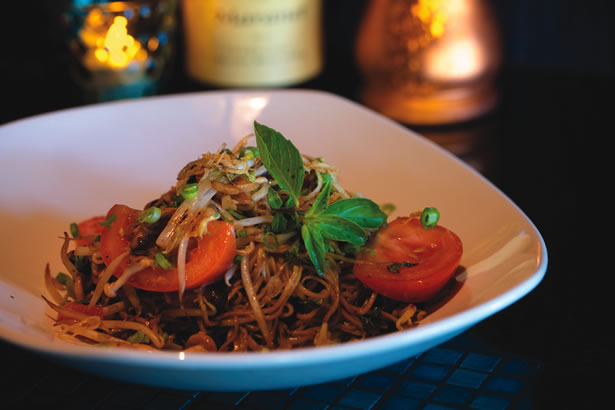 Procedure:
1. Blanch egg noodle in boiling water until al dente. Remove from boiling water into an ice bath once the noodles reach al dente. Strain the noodles from the ice bath and add the olive oil to keep noodles from sticking together. Set aside.
2. In a wok or sautee pan, heat the pan up with butter. Once the butter melts, add the garlic and cook until fragrant.
3. Continue by adding the mushroom mix and tomato. Cook until ingredients are hot.
4. Add bean sprouts, Thai basil, egg noodle and continue to cook until ingredients are hot.
5. Add the rest of the seasoning: oyster sauce, soy sauce, sugar, sesame oil and black pepper and stir constantly. Once the seasoning is incorporated into the ingredients, remove from heat and serve on a plate.
6. Garnish with minced green onions and pea sprouts. 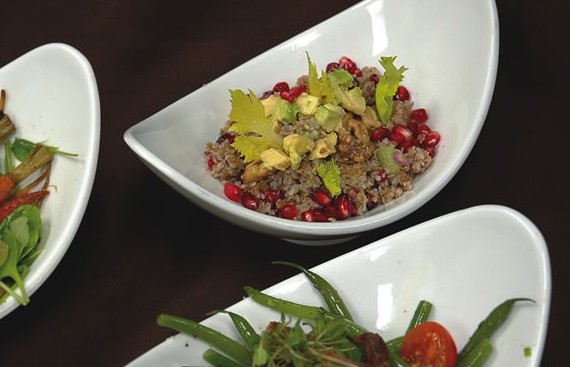 The Ritz-Carlton is known for having top chefs and celebrated cuisine. The Ritz-Carlton, Laguna Niguel is no exception, with innovative restaurants such as Raya, a restaurant concept by acclaimed chef Richard Sandoval. For a taste of the Ritz at home, try this pomegranate and bulgur wheat salad from Executive Chef Andres Jimenez.

Steps:
1. Cook bulgur with the chicken stock using a heavy bottom pot.
2. Once cooked, cool down and add garlic.
3. Mix remaining ingredients except walnuts and avocado. Season to taste.
4. Let salad sit in the refrigerator for at least six hours.
5. Toss in the walnuts and avocado just before serving. Add more seasoning if necessary.