Roark, a Laguna-based outdoor lifestyle brand, has released a new coffee table book chronicling the team’s explorations across the globe and hints at its latest venture: a women’s collection.

Roark founder Ryan Hitzel doesn’t strike you as the kind of guy who would’ve ever needed to be coaxed into crossing U.S. borders. His deep thirst for exploration seems too close to the heart to be anything but innate. But as a young adult graduating from Laguna Beach High School in the mid-1990s, that wasn’t the case.

“My mom basically had to force me to go to Europe,” Hitzel concedes, noting mostly reluctance to leave a girlfriend behind. But weeks of surfing the coasts of France, Spain and Portugal, before making his way east to Prague, had a profound impact. “This trip really shaped my life purpose,” he says.

His mother never could have imagined the refractive effect of that youthful adventure. Nearly three decades later, as the head of Roark, he literally makes his living pursuing similar headlong thrills—white-knuckling in a Land Rover across Iceland in midwinter in search of waves; dodging hurried semitrucks at high altitudes on a 300-mile motorcycle ride in southern India—and then spinning them into stories and beautiful images for the rest of us. And those travels, in turn, inspire the brand’s collection of clothing and accessories from boardshorts to beanies, cargo pants and button-up shirts with fun designs, available locally at Laguna Surf & Sport and Hobie Surf Shop.

An adventure lifestyle brand centered on a fictional character of the same name, Laguna-based Roark began as a side project for Hitzel. He was inspired by a few friends and local legends whose tales of far-away surf destinations he remembered as a grom. He was also an avid reader of writers Jack Kerouac and Hunter S. Thompson, and admired actor Steve McQueen and Howard Roark, Ayn Rand’s architect hero in “The Fountainhead.”

A creative director by trade, Hitzel had been working on campaigns for major brands in the advertising industry but was always searching for a way to fuse his “passions for adventure and making content,” he says. Longtime friend and then-Laguna resident Ryan Sirianni (who has since moved out of town) would soon join his mission.

Roark’s concept was layered: The team would travel with a group of ambassadors (including Laguna surfer Nate Zoller) to a different part of the world each season to embark on various outdoor adventures while pulling inspiration—culture, story, artisan designs, textiles, gear—into their apparel collections. Their catalog, called a “Guidebook,” along with an “Artifacts” zine, would share stories of their explorations with the intent to sell products but also inspire a deeper sense of adventure in their customers.

Their first destination was Baja California, but “our first big endeavor was a trip to Japan, where it all started to come together,” Hitzel says. Twelve years later, with several more employees and distributors on five continents, the Roark team has archived 22 trips—16 of which are documented in a new coffee table book titled, “Roaming: Roark’s Adventure Atlas” (Rizzoli, 2022), chronicling surfing, skating, riding and climbing excursions across the globe, from chaotic metropolises in Vietnam and India to remote destinations like the Falkland Islands. (Find it at roark.com, Laguna Beach Books and national book retailers.)

Driven by captivating images shot by such outdoor adventure photographers as Dylan Gordon and Chris Burkard, the atlas unfolds one locale at a time. Between spreads of the aurora borealis in Höfn, Iceland, and epic waves at Panaitan (an island between Java and Sumatra), the itineraries’ intertwining history and insight are punctuated by travel hacks, favorite places and charitable causes. Among stunning image captures of cliff jumping, tube riding and hairy motorcycle rides, collages of architecture, people and everyday life help illustrate the cultures they come across.

Female athletes Karina Petroni and Gillian Larson (a surfer and long-distance horseback rider, respectively), are a rare surprise in photos comprising mostly men. It begs the question: Is a women’s atlas in the future? “I’ll have more on that this fall,” Hitzel hints.

All About the Journey

Each adventure begins with a destination. “Then we put together a group and an itinerary of our dreams,” Hitzel shares. Sometimes the focus is humanitarianism, like distributing water filters to remote villages in Java with Waves for Water or supporting women’s rights groups in Morocco. Other times, “it’s about jumping on a motorcycle and looking for rocks to climb or waves to surf,” he says. Ever seen someone jump off a horse and then strap on a splitboard (a snowboard that splits into skis)? That’s just a typical day for Roark.

“But the most memorable part of our trips are always the special moments that happen in between,” adds Hitzel, echoing what he learned on that European vacation years earlier. “It’s never about that one wave, … but about diving into alleyways looking for pho, going off the beaten path and finding yourself in situations and places you hadn’t intended [and] … being spontaneous.”

Gordon, a lifelong rancher and freelance photographer from the Central Coast, sharpened his skill at Surfer magazine after relocating to Ventura and then broadened his focus on a wider array of extreme sports. Also a surfer and snowboarder, he met Roark’s founders randomly at a trade show right after returning from a trip to Vietnam.

“Two days later, they called me up and asked me to go with them to Vietnam, so that was kind of funny,” Gordon recalls. “But I connected with these guys. … They do everything I do in my own life, and I get to hang out with cool people. Why wouldn’t I want to go?”

With 24 campaigns in his portfolio (photographers often return to destinations on strike missions with a nimbler crew to accent what they’ve previously shot), Gordon enjoys finding ways to complement the brand’s storytelling perspective with his method. He mainly relies on a Nikon digital camera, but turns to film or other obscurities for effect.

For instance, “in Hong Kong, we found these Chinese-made cameras that seemed unique, … played around and wound up with some really special images,” Gordon says. In Vietnam, he shot mostly with Polaroids. “The whole purpose of Roark is to [show] a different travel perspective,” he points out, “and film really lends itself to that.”

And those motion motorcycle images—Gordon shoots them left-handed and upside down while speeding ahead, his dominant hand on the bike throttle; he also notes he’s broken a lot of cameras on these trips, but that’s what insurance is for, right?

A recent adventure during the COVID-19 pandemic was right up Gordon’s alley: a series of domestic trips focusing on “the beauty in our own backyards,” Hitzel says. And, inspired by the romanticism of the American West, those trips culminated in a ride along the Continental Divide Trail north to Montana, plus a fitting collaboration with iconic U.S. brands Wrangler (jeans) and Pendleton (wool and textiles).

Gordon says he works with a lot of outdoor industry companies, but has never seen a CEO on the back of a horse or on a dirt bike. “Nowhere else are owners a part of the brand like these guys,” he says. “What they are marketing is true to what they do, and I think that’s so damn cool.”

Recalling near-falls from 50-foot cliffs, an attempted kidnapping in Senegal and that hairy motorcycle ride to India’s Pondicherry city, Hitzel adds, “Sometimes I think to myself, ‘Are we really doing this? … Risking our lives to sell a T-shirt?’ ” But the brand and its missions are much more than that. And, yes, they’re really doing this. 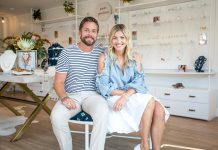