Although Laguna may be better known for its vibrant fine arts, the town also serves as a creative hub of filmmaking. 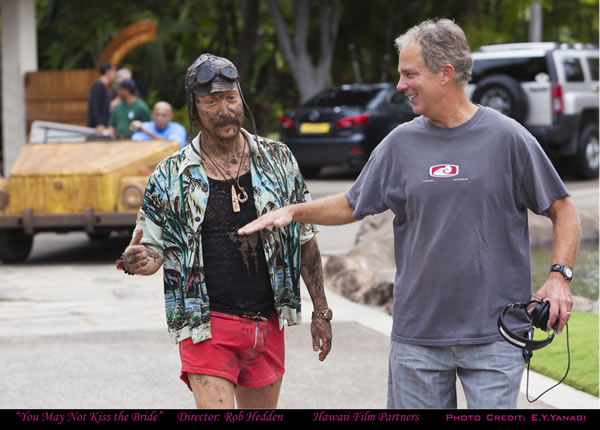 The popularity of the recent “George Hurrell: Laguna to Hollywood” photography exhibit at the Laguna Art Museum, which showcased portraits of classic Hollywood stars and early Laguna artists, reinforced the fact that Laguna Beach’s connection to Tinseltown has been an enduring one, and the town’s love affair with movies and Hollywood glamour has never waned. For nearly a century, Hollywood has used Laguna as a stunning backdrop for dozens of films, and many stars were so taken with the picturesque surroundings that they decided to set up part-time or permanent residence here.

Today, with several current filmmakers calling Laguna Beach home and recent movies such as Oliver Stone’s “Savages” (2012) being shot here, the allure of the cinema continues to captivate our imagination. We recently chatted with some local filmmakers about their latest projects and what makes this town such an inspiring place for cinematic storytellers.

For writer, producer and director Rob Hedden, a Laguna native whose last film, the romantic comedy “You May Not Kiss the Bride,” was screened last fall by the Laguna Beach Film Society as a benefit for Augie’s Quest (a foundation formed to find a cure for Lou Gehrig’s disease), the advantages to being a filmmaker in Laguna are significant.

“Lagunans are friendly and supportive by nature,” Rob says. “It truly is a village. It’s also a highly creative environment. It’s a less stressful place to live, which frees up your imagination.”

When Rob and his late brother Andy were in their early teens, they started making super 8 movies—mostly comedies. During the summer months, they worked at Tivoli Terrace and filmed “crazy little movies” when they weren’t busy washing dishes and bussing tables.

Fast-forward many years later, when Rob’s 2007 film “Boxboarders!” was shot entirely in Laguna: The Laguna College of Art & Design lent their campus during summer break and more than 100 locals worked on the movie. “My goal was to make a fun movie that involved the whole town on both sides of the camera, kids as well as parents. It truly was a homegrown project,” Rob explains.

With a long list of TV movies and feature film credits to his name, including early work on the TV series “MacGyver,” among other shows, Rob is currently keeping busy with his latest project—developing a comedy series called “Pupu Papa” with actor Ken Davitian, who appeared in “Borat” (2006), “The Artist” (2011) and “You May Not Kiss the Bride.”

“The show is about an ultra-conservative food truck vendor who moves in with his very liberal daughter and son-in-law, the mayor of Honolulu,” Rob explains. “Papa is a 21st-century Archie Bunker—he really pushes the envelope on political incorrectness. We’re tackling all the major issues from both sides of the political spectrum in funny and outrageous ways.” With “Pupu Papa” still in development, Rob is currently in discussions regarding whether the series will be a network, cable or streamed show. 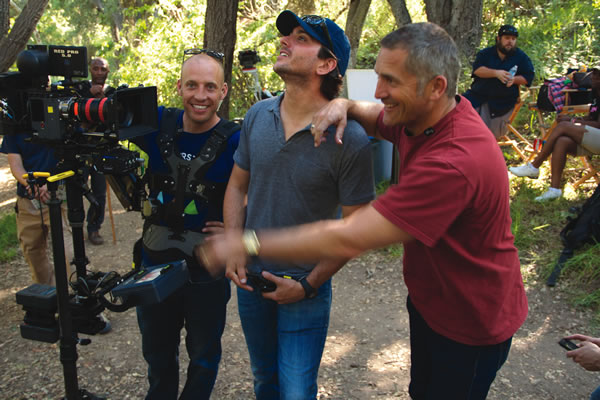 From Story to Screen

Documentary filmmaker Richard Yelland, whose recent film projects include “12 Miles North: The Nick Gabaldon Story” and “Floating: The Nathan Gocke Story,” agrees that Laguna is a place that can inspire creativity.

“I look at the history of art here, since our city’s founding, and it gives me a sense that there is a tradition here,” he says. “That gives me a feeling that this place can help you tap into your work and help you succeed.

“On the other hand, the center of the film world is LA and sometimes it feels [like] a bit too much of a hike to live here and work there. You most definitely need to get up to LA to tap into the whole scene and be part of it,” he adds.

The award-winning director’s latest project, a documentary titled “Sine Qua Non: The Psychology of Big Wave Surfing with Greg Long,” the first movie in a surf film series, explores the world of big wave surfing with the world’s most decorated big wave surfer, Greg Long. Sine qua non roughly translates from Latin to “without which (there is) nothing.” The film gets into the mindset of what it takes to pursue the world’s largest waves and delves into the bigger questions about what it means to be alive on the planet.

“Greg Long is an inspiring character. His eloquence is surprising and he brings his world into crystal-clear focus for us, the viewer, as he puts his life on the line to pursue his passion,” Richard explains. “Part of a tight-knit San Clemente family, Greg understands the worries he places on his loved ones as he paddles into 60 to 80 foot waves. He pleads his case that his life would be devoid of meaning without his journey.” The film had its world premiere at the Maui Film Festival in June, and will have a broadcast run on Outside Television. Besides “Sine Qua Non,” Richard has another surf film titled “Battle For the Beach,” currently in production with the Surfrider Foundation.

As someone who started his career as an advertising copywriter, Richard admits that great stories have always moved him, and he says he’s always on the lookout for a story that makes him go, “Wow, that’s amazing!” He advises filmmaking neophytes to “shoot as much as you can, and vigorously pursue stories that line up with your passions.”

Additionally, Richard says he would like to have an opportunity to connect with students at LCAD who are interested in film. “As far as my creative agency and production company that I head up, Curtis Birch, we have always connected with Pasadena’s Art Center (College of Design) talent. I’d love to look at collaborating with students from our community on future projects,” he says.

Greg MacGillivray started out making surf movies as a teen and eventually went on to become the president of Laguna-based MacGillivray Freeman Films, the world’s leading distributor and producer of 70-millimeter, giant-screen films, including 36 Imax films. Today, the two-time Academy Award-nominated film director looks forward to celebrating MacGillivray Freeman’s 50th anniversary as a filmmaking company this September, a remarkable achievement for an independent film producer.

Shaun MacGillivray, Greg’s son, caught the filmmaking bug early and now serves as the company’s producer and managing director. Their latest film project took them to the heart of the Coral Triangle in the South Pacific, where they used Imax 3-D cinematography to shoot amid the pristine reefs of Indonesia’s Raja Ampat archipelago. The untitled (as of press time) documentary adventure features exotic marine life flourishing in the most biologically diverse ecosystem in the world, offering audiences the chance to view sea creatures such as whale sharks, manta rays, leatherback turtles, coconut octopuses and tiger mantis shrimps, among others.

“We’re really excited,” Shaun says. “The film … showcases the Raja Ampat islanders as they protect their own home waters.” Unlike many ocean documentaries that emphasize the sea’s dire straits, often having a sobering effect, this film chronicles the positive things happening in this particular area.

With filming completed in January and February, the new movie is slated to be released in early 2014 as part of the One Ocean One World Campaign, a nonprofit initiative that aims to harness the power of film, TV and new media to change how people view the ocean. The new South Pacific documentary will screen at select Imax theatres worldwide. “To the Arctic” was the first film released for the campaign, and so far, along with more than 150 online videos produced, Shaun says the campaign has reached more than 5 billion media impressions.

Additionally, the One World One Ocean Campaign recently held its second annual video contest for young filmmakers to honor World Oceans Day June 8. Kids ages 12 – 18 were invited to submit a short video that highlights what the ocean means to them.

Another local creative whose films convey messages of conservation is filmmaker, marine life artist and environmentalist Wyland. His initial foray into documentary work, “Blues Planet: Sounds,” which focused on the connections between blues musicians and the Gulf of Mexico oil spill, premiered at the 2012 Newport Beach Film Festival. Wyland continues his exploration of music and the environment in his upcoming documentary “Blues Planet: Hope,” which looks at the environmental issues facing the next generation and the ways in which young people are tackling them. With an anticipated release in fall 2014, “Blues Planet: Hope” will reunite Wyland with famed ocean explorer Dr. Sylvia Earle. A third film, “Blues Planet: Future” will complete the trilogy.

“Blues Planet was always meant to be a more expansive look at what we’re doing to our planet—and the ways people find the inner strength and creativity to make a difference,” Wyland says. “It looks at people from all generations and walks of life, including musicians, scientists, teachers, artists, leaders and young people—to show how we all play a part in a sustainable future.” 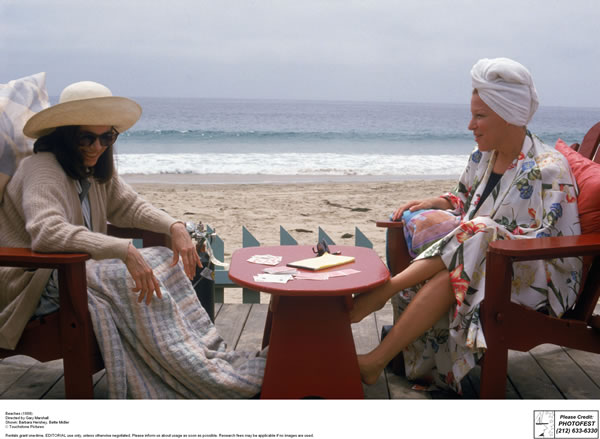 Other Laguna filmmakers include Christine Fugate, who is currently working on a TV pitch and has produced and directed many documentaries and independent films, including “The Girl Next Door” (1999), “Grief Becomes Me” (2005) and “Grief Becomes Me: A Love Story” (2009), which screened at film festivals. Local resident Dan Carracino has worked as a screenwriter and most recently served as co-director and producer of the 2012 acclaimed documentary “Bill W.,” which chronicles the story of William G. Wilson, co-founder of Alcoholics Anonymous. Additionally, writer, director and producer Peter Navarro, who is also a professor of economics and public policy at UC Irvine, had his acclaimed 2012 documentary “Death by China” screened locally and nationwide.

While Laguna is certainly an energizing place for filmmakers, local fans of film have much to be enthusiastic about here, too. Not only can movie buffs catch a flick amid the retro charm of the South Coast Cinemas, they can also take advantage of the diverse screenings offered by the Laguna Beach Film Society. In conjunction with the Laguna Art Museum, the film society screens independent films, classic films, documentaries and eclectic films with a California connection.

With today’s present crop of talented and dedicated storytellers, plus a film society intent on bringing top cinematic fare to local cinephiles, the rich history of Laguna’s connection to Hollywood and moviemaking is destined to thrive and continue. LBM