A Laguna Beach Magazine editor believes we should be doing more to promote STEM education. 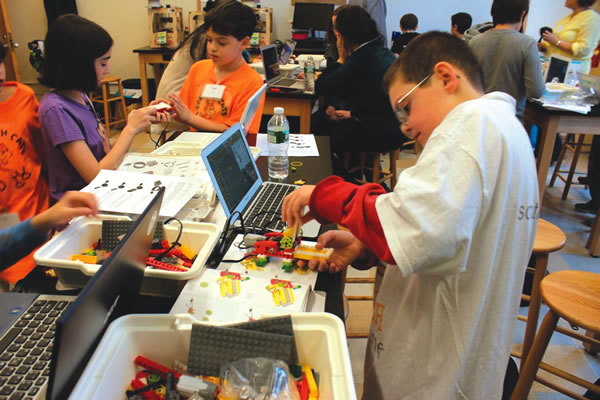 If the zombie apocalypse begins tomorrow, I’m confident I’d survive the first few months. But once the initial chaos was over, and the survivors began to settle down and rebuild society, I’d probably be one of the first to be deemed unnecessary and cast out of the colony to be eaten alive.

My reasoning? I’m good at writing and reading. But are these skills going to help me and my fellow man survive in the case that civilized society as we know it is completely destroyed? The people deemed necessary will be scientists, engineers, doctors—those involved in science, technology, engineering and mathematics, or STEM.

I attended TEDxOrangeCoast last year and heard Hsing Wei’s talk about The Makery, a pop-up workshop she co-founded in New York City that takes over spaces like art galleries, storefronts and street spaces, and populates them with equipment like 3-D printers and soldering equipment. Then, they invite kids to create. The fruits of the young participants’ labor run the gamut of robots to silk-screened T-shirts to wind turbines. All the while, the kids are putting into practice the math and science concepts that are restricted to textbooks and lectures in a traditional classroom. “Of course we have to educate kids,” Hsing said in her talk. “But our goal can also be to inspire them to teach themselves.”

Laguna Beach is world-renowned as an artist colony and the community works hard to preserve and promote art culture. But in addition to fostering young artists, the city and local organizations could easily implement more initiatives to produce more engineers, biologists and computer scientists as well.

The town is home to more than 100 art galleries, many of which have modular space, perfect to host pop-up workshops. With rich educational resources such as Laguna College of Art & Design and UC Irvine nearby, we could bring in professionals to run workshops on everything from building rockets to creating your own videogame. These workshops would be incredibly educational, too, but the kids don’t have to know that.

The pop-up shops could take place during the summer or even monthly during a high traffic time like First Thursdays Art Walk. A small fee would be required (The Makery charges anywhere between $15 to $50 per workshop, depending on materials involved), a small price to pay for potentially inspiring tomorrow’s great minds. 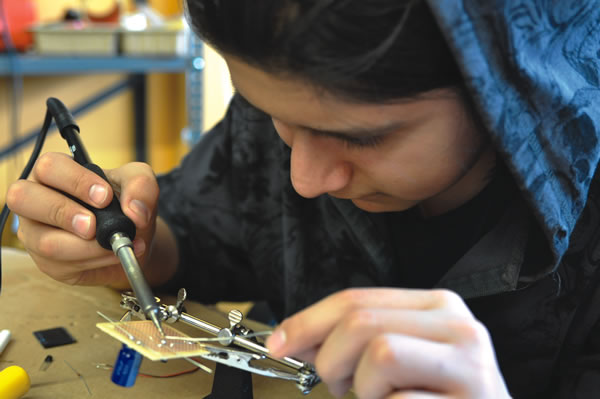 Even though we live on a pre-apocalyptic planet (for now), STEM education is severely lacking in California and the United States as a whole, which spells trouble for our future. China, Japan and other countries are far surpassing us in their percentages of university degrees being earned in STEM fields. According to a 2010 White House study, “less than one-third of U.S. eighth graders show proficiency in math and science.” And as the study stresses, “There is also a lack of interest in STEM fields among many students.” Inspiring kids to enter STEM fields now will ensure they (and the country as a whole) will be able to compete in the global market in the future, zombie apocalypse or not.  LBM