Globe-trotting painters Mada Leach and Jacobus Baas find inspiration in locations around the world, filling their artwork with culture and beauty.

Home base: Grew up in Raleigh, N.C., but now lives in Laguna Niguel

Background: Studied printmaking and art education at School of the Art Institute of Chicago, going on to teach art—first in the public school system and then in the community through partnerships with Laguna’s Festival of Arts (she co-founded the festival’s art education program) and Laguna Outreach for Community Arts

Work: Each unique series that Mada creates is based on the things that interest and inspire her. After traveling to Europe, Mada painted “The Romance of France,” which consists of fun paintings of French buildings and restaurant signs. Her more recent series—“Let’s Eat!”—features vibrant fruits and vegetables from Michigan and beyond, including cabbage, cucumbers, pumpkins and peaches. “A Light in the West” reveals Mada’s abstract side, full of rich colors and a certain fluidity not found in realist paintings. This is also a series where she brings in her collage techniques.

While in France, Mada visited the Lascaux Caves and found inspiration in cave paintings. Upon returning to the United States, she traveled to Winslow, Ariz., where she viewed the petroglyphs of the Hopi tribe. Her project, “Magic Visions, Ancient Hands,” is a series of realist paintings that serve to recreate and preserve these cultural images, especially given the vandalism that occurs in the caves. Patterns of shadows and the use of light helped her to create images that look more like photographs than paintings while holding on to the spiritual feel of the original drawings from the caves. “The images are mysterious—we don’t know what they mean, but they’re beautiful. I wanted to preserve that,” Mada says.

Mada’s “Magic Visions: Ancient Hands” series will be on display at Sandstone Gallery beginning April 30 and running through June 2. (949-497-6775; sandstonegallery.com)

Home base: Born and raised in Holland, Netherlands, he moved to Southern California when he was 12; he now splits his time between Laguna Niguel, Maine and Hawaii.
Background: Attended art classes while in high school, then further developed his appreciation for art while traveling through Europe and began creating jewelry to sell alongside his paintings at festivals before opening a jewelry store in Laguna Beach
Media of choice: Oil paint on linen, sometimes on canvas
Previously shown in: Los Angeles and Orange County; Maui, Hawaii; and Maine

Work: Jacobus started painting “en plein air” after a 1994 trip to New Mexico and the style has stuck with him ever since. With vibrant colors, bright light and patterned shadows, his landscape paintings are a vivid picture of nature’s beauty across the globe.

According to Jacobus, light plays a very important role in his work. “I look at the way the light strikes something or the way the shadows form patterns,” he explains. From the soft light of sunset to brilliant midday light, his work is a fusion of varied luminosities with unique backgrounds.

To capture that light, he paints both on location and in the studio, creating larger images from photographs or smaller paintings. With clean strokes and a large palette of color, Jacobus is able to recreate stunning coastline scenes. In addition, he recently traveled to the Italian countryside to capture the beauty of Tuscany’s vineyards. His paintings reflect breathtaking landscapes from around the world as well as scenes of people in their natural environment. Some of his coastal paintings are dotted with bodies enjoying the summer sunlight. Others, from his travels in Europe, depict people milling around beautiful buildings. Every painting has something new to offer. 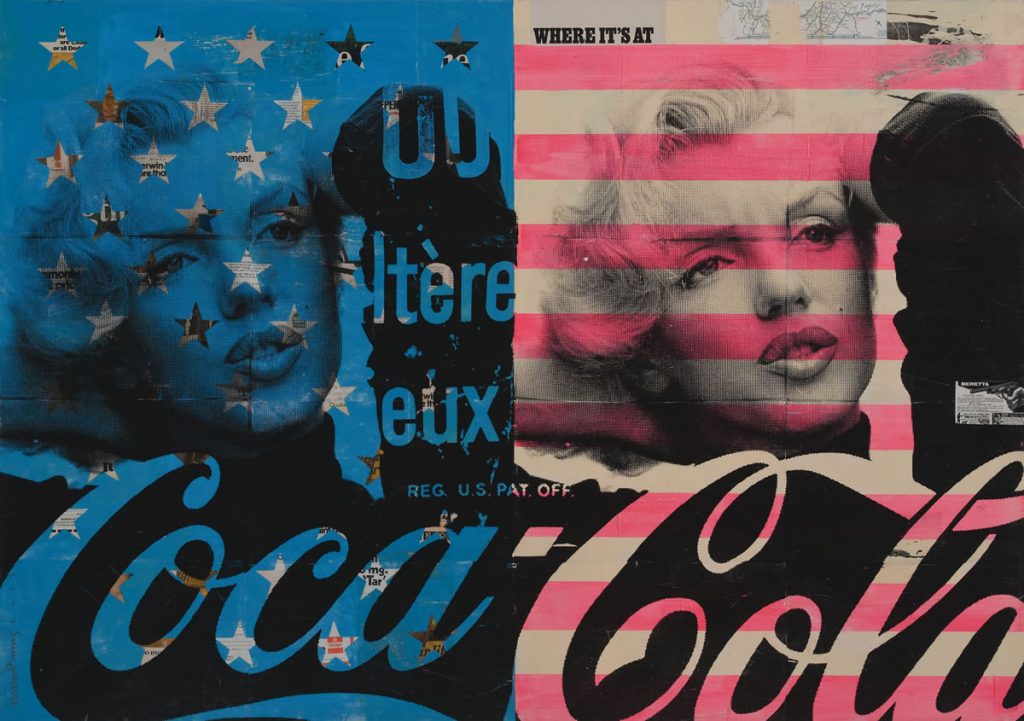 “Where it’s At” by Robert Mars at JoAnne Artman Gallery

On the Horizon: The Festival of Arts

Each summer, art lovers flock to the Festival of Arts—an event that transforms the already artsy community in Laguna to a full-fledged artistic experience. Although the festival is known for the world-famous Pageant of the Masters, where art truly comes alive through performances of “living pictures,” it also features a fine art show. Visitors can take in a vast array of paintings, printmaking, sculptures, ceramics, photography and other handcrafted goods created by local artists. In addition to perusing artwork, attendees may tap into their own inner artist with a range of workshops and demonstrations. Guests also can catch the latest clothing designs at the festival’s runway fashion show, enjoy diverse tunes at the Sunday in the Park music series or learn to create nutritious and delicious culinary treats in Art of Cooking chef presentations. For young guests, the Junior Art Exhibit serves as a link between the community and local schools to express the importance of art education and artistic enrichment at an early age. The festival will run from July 6 to Aug. 30. (949-494-1145; foapom.com)