This summer, a wave of talented, emerging exhibitors will descend on Laguna Beach’s art festivals.

This summer, Laguna’s three iconic art festivals will team up for the first time on a collaborative project titled Art is Timeless, inspired by two of the events’ 50th years as well as the clock tower located on the Sawdust Art Festival grounds. The collaboration will result in 50 clocks displayed throughout the city that commemorate the history and timelessness of all three festivals.

But the clocks also represent the tradition of art’s forward movement, for which fresh artists and ideas are essential. This summer, first- and second-year exhibitors will inject new energy and excitement that contributes to the advancement of the creative community. Read on for an inside look at five of these talented artists helping to shape the future of the city’s festivals in 2016. 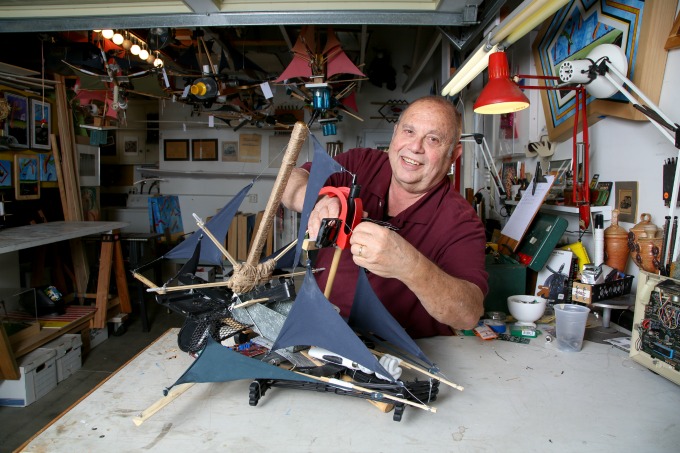 What he’s known for: Jeffrey Frisch has built a body of work titled “dreamVessels” using 3-D sculptural assemblage. “The title came from the fact that the objects that I make are from all sorts of different, unexpected but recognizable materials—sort of like what happens in a dream—that come together to make these sculptures that are clearly referenced as sailing ships,” he says. 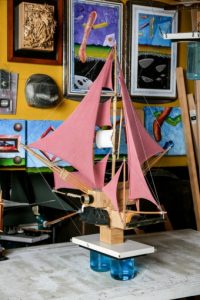 How he got started: Frisch remembers—as far back as first grade—having a difficult time focusing in school. “I would see everyone sitting there diligently taking notes, but at the end of class, all I’d have were all these drawings on the paper,” he says. Fortunately, Frisch found a way to channel his creative energy:
by loading up on art classes while he was in high school. “I never looked back,” he says.

Frisch enjoyed a successful career as an architectural designer who, by chance, discovered marine architecture, which has since become his new creative outlet. He was asked to join a colleague in a sailboat racing series out of Newport Harbor, and was immediately struck by the sailboat’s interesting design. “The aesthetic just sort of settled in my mind and stuck,” Frisch says.

His inspiration: Frisch’s background in structural and architectural engineering, coupled with his inherent desire to create, inspired the first dreamVessel. Without intending to, he began collecting bins of discarded objects, which his subconscious recognized as parts of a ship. “Not knowing where to begin, I was starting to assemble things and what made sense to me was … that everything had to be bilaterally symmetrical,” he says. While no two dreamVessels are alike, each one contains a church key from the artist’s late father’s collection, to honor him and the creative influence he had on Frisch’s life. 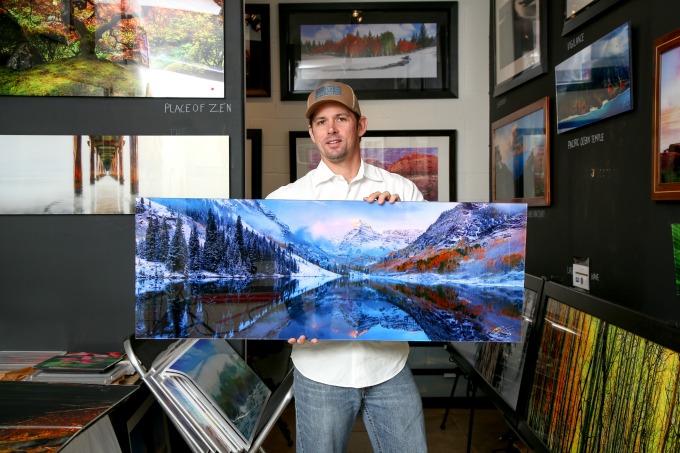 What he’s known for: Cheyne Walls is recognized today for his long-exposure, panoramic landscapes that capture off-the-beaten-path locales. “I’m always trying to get that shot that hasn’t been done before,” he says. Most of his landscapes are composed of multiple photos—anywhere from six to 12—that he stitches together to achieve the perfect image. Though the pictures are taken in the exact same spot, and within seconds of each other, most viewers can detect the subtle changes. “I leave that in my photos, little changes in the clouds, for example, to show my process, and how it works,” he says.

How he got started: Walls’ first job after college was working as a camera assistant for a well-known photographer—a job that would take him all over the country and expose him to areas he’d never seen before. “That’s really when I fell in love with nature and being outdoors,” Walls says. “I realized that there are all of these amazing places we have to visit outside.” After a brief stint in the automotive photography industry, Walls made the decision to immerse himself fully in nature photography, and he’s been capturing outdoor scenes ever since.

His inspiration: Getting the perfect shot often requires Walls to hike, paddle or drive until he finds what he’s looking for. “It’s not a good picture until I’ve seen something new and had a new experience, and I have to work for that,” he adds. Fortunately for Walls, the Southern California landscape lends itself to a litany of new experiences in the great outdoors. “Every chance I get, I want to be out in nature,” Walls says. 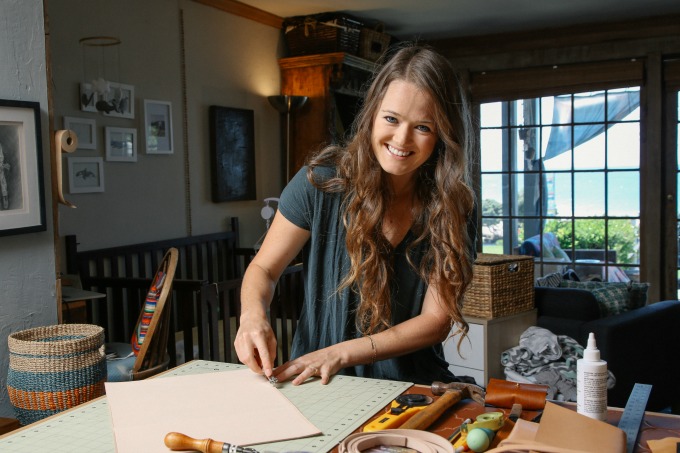 What she’s known for: Angie Anderson creates minimalistic leather bags and accessories from her home studio in Laguna. For every tote bag, clutch or pouch that she creates, she hand-picks the leather in person, looking for qualities like texture, color and weight, which then inform her designs. Her leather goods are hand sewn and simple—absent of hardware or logos. “It’s a product that is timeless, and it actually gets better over the years with time and use,” she says. 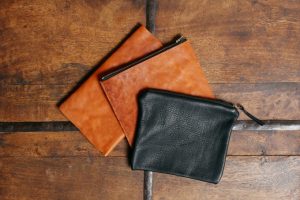 How she got started: Anderson’s background is in business and photography, but she’s always been drawn to designing and creating. Trips to LA’s fashion district exposed her to leather for the first time, however, after purchasing her first hide, she was unsure of what to do with the material. A few years later, she traveled to Peru as a volunteer teaching women how to knit and crochet goods; the experience gave her the confidence she needed to get started. “I was so inspired by the simplicity of working with your hands, and not needing this whole perfect studio to create something,” she says. When she returned home, she taught herself how to work with leather by watching YouTube videos. “My work was pretty raw and simple at the beginning,” she adds. 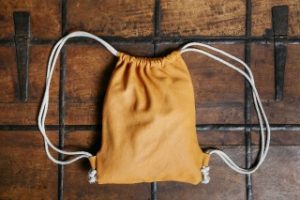 Her inspiration: As a photographer, Anderson has always been inspired by negative space. The same applies to her leather designs, which explains their unadorned simplicity. When it comes to her color palette, she is typically influenced by nature, and drawn to monochromatic tones. Anderson also garners inspiration from the process itself. “I usually have a design in mind, but then I just go pick up the leather and start making something,” she says.

What he’s known for: Trevor Christiansen describes his work as “impressionistic realism” and enjoys painting both portraits and landscapes. He is particularly passionate about his body of work centered on “disaster paintings,” which capture catastrophic events like earthquakes. “[I’m] … creating these kind of unique visions and imagery,” Christiansen says. The artist is also known for depicting scenes at Laguna College of Art & Design (LCAD). 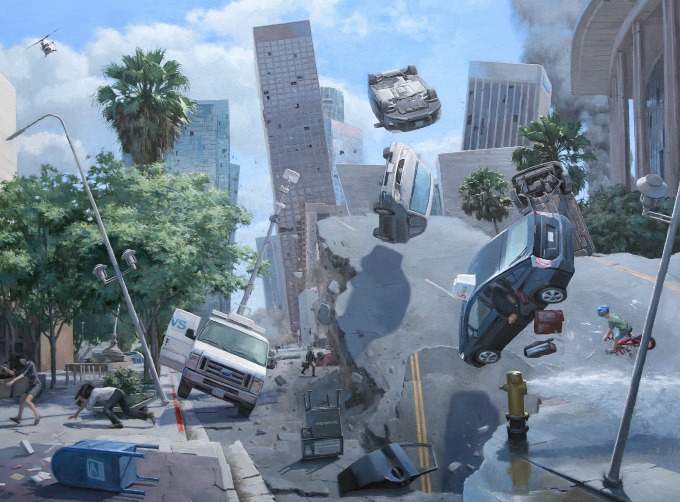 How he got started: Christiansen has always been an artist and was encouraged by his parents from a young age to draw and, later, attend a professional art program while still in high school. He graduated in May from LCAD with a Master of Fine Arts degree. “The school has taught me so much about figure and oil painting, and some of the more formal aspects of painting,” he says.

His inspiration: Christiansen typically begins each work with a thumbnail sketch inspired by a scene or person. He starts with smaller sketches, then moves his images to larger drawings when he’s ready to start gridding the image onto canvas. “It’s always surprising to me how things change from small scale to big scale,” Christiansen notes. His mentors, peers and teachers at LCAD, and its surrounding community, continue to influence and inspire him.“I’ve been around a lot of fantastic artists all over the world, but even if I were to choose a location to be, and to learn from, it’d still be here,” he says. 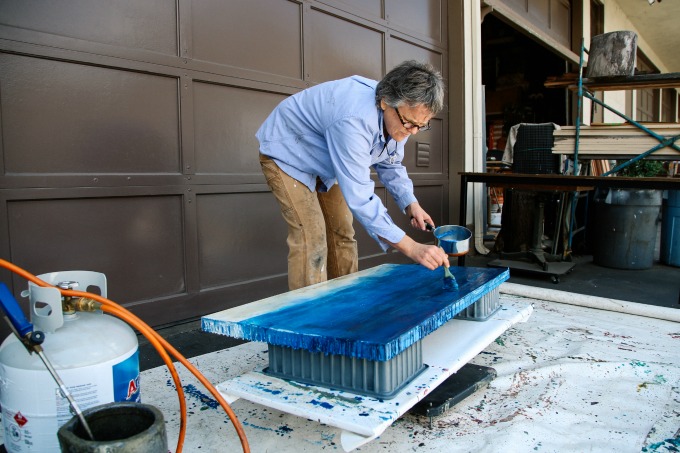 What she’s known for: Becky Black is enthralled by the 3-D, sculptural elements of wax-based paint and even creates her own using beeswax, resin and dried pigments. For this reason, she prefers to make only encaustic pieces, rather than incorporating other mediums. “There’s a purity and simplicity to my work—the fact that it’s just encaustic …, which adds a boldness and a richness to the colors I use and the blending I do,” Black says. Her large-scale paintings usually entail roughly 30 layers, into which she’ll carve to pull out blended colors, or to introduce a new color.

How she got started: Over the course of her life, Black has found that she has a natural artistic ability, which enables her to pick up nearly every type of medium. So when a friend introduced her to encaustic painting more than a decade ago, she was not only at ease with the method, but also found immediate success with it. “There were hot plates involved, which was outside my comfort zone, but I got started, and within five minutes of doing encaustic … [work], I felt like I’d been doing it all my life,” she says. In the summer of 2014, she moved back to Laguna Beach from Oregon, rented out a studio and devoted herself to building a new body of work. 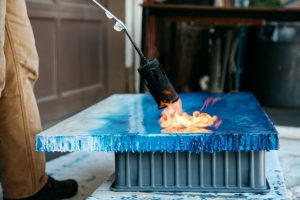 Her inspiration: Black gathers ideas for her abstract encaustic paintings by reading spiritual and inspirational books. As she reads, various images come to mind, which she’ll then translate into small drawings that sometimes become paintings. Having grown up in Southern California, nature—especially the ocean—is another muse that works its way into her process. As Black explains, “I’ll have an image or inspiration in mind, and I lay it down the way I’m imagining it, using the heat or torch as an added paintbrush.”