Arnold Hano, co-founder of Village Laguna, a sports writer and author, leaves behind a legacy of community action and memories of his passion for baseball and his deep sense of humanity.

Committed to helping preserve the character of Laguna Beach for more than half a century, Arnold Hano, a co-founder of Village Laguna who also was named Citizen of the Year along with his wife, Bonnie, for the 2013 Patriot’s Day Parade, passed away in October at the age of 99.

In addition to his local activism—he still attended City Council meetings up until the pandemic and spoke on topics that were important to him—Hano was a prolific sports journalist and penned over 20 books including the acclaimed “A Day in the Bleachers,” which recounts the 1954 World Series opening game, and “It Takes a Villager: Wit and Wisdom by Laguna’s Irreverent Observer,” a compilation of his many newspaper columns. He had also been working on a play.

In a past interview with Laguna Beach Magazine, Hano once said, “I’m proud to be part of a town that manages to hold onto its character and values and hold onto its soul, and I’m proud to have played a role in that.”

Anne Caenn, president of Village Laguna, says she enjoyed Hano’s company and appreciated his contributions to the community. “There was nothing more fun than sitting with him, Bonnie and other friends while he critiqued our city with insight and humor,” Caenn says. “Since 1971, Arnold and other Village Laguna leaders and members have worked to keep Laguna Laguna. Successfully creating a 36-foot height limit was the beginning of many important contributions made by Village Laguna over the last 50 years.

“Although we haven’t always been able to reach a desired goal, Arnold’s positive attitude remained optimistic and inspiring. As he said, “Pessimists say that having lost the Treasure Island election, Village Laguna is doomed. Nonsense. While there is a village, while there is a sense of community, a need to preserve and promote what is dearest to us, we will endure.”

“We just kept crossing paths and, I think, anyone who crossed paths with Arnold kind of feels like he’s a friend,” Iseman says. “… He wasn’t just smart, he was absolutely brilliant. And he could have total recall of so many things. … In addition to his memory, his wit was incredible.”

Originally from New York, Hano and his wife and their young daughter drove across the country in the 1950s and decided to settle in Laguna Beach, realizing the beauty of this place and that it was worth preserving.

“He was the first president of Village Laguna and … the community really feared we were going to look like Miami Beach—that we were going to have high-rise hotels where Main Beach is,” Iseman says. “So that window to the sea that we now have, that is so welcoming, he, with Village Laguna, fought the fight on the height limit. And he never stopped fighting.”

He was born March 2, 1922, to Clara and Alfred Barnard Hano and grew up near Yankee Stadium. As kids, Hano and his brother started a neighborhood newspaper. Going on to pursue a career in journalism, he worked as a copy boy for The New York Daily News before serving in the Army in World War II. Upon returning, he freelanced for publications including The New York Times, The Saturday Evening Post, the Los Angeles Times and Sports Illustrated, even being named Magazine Sportswriter of the Year by the former National Sportscasters and Sportswriters Association in 1963. In 2016, a documentary called “Hano! A Century in the Bleachers,” about his life through the lens of baseball made the film festival rounds.

A lifelong Giants fan—switching allegiance from the Yankees as a kid after the team lost the 1926 World Series—he died Oct. 24, right after the Dodgers were eliminated from the World Series this year. “He is definitely on record that a good day is when someone beats the Dodgers,” Iseman says. “… He had passed that night. So he didn’t find out, but I think he probably knew.”

Jean Hastings Ardell, a fellow writer, met Hano at a book signing event in 2005 after her first book, “Breaking Into Baseball: Women and the National Pastime” was published. “So began a conversation between two baseball writers and native New Yorkers that never really stopped,” says Ardell, who went with her husband, every Saturday to read the Laguna Beach Independent to Arnold and Bonnie.

“As a person, I found Arnold to be rigorous intellectually and passionate about issues of social justice,” Ardell says. “He was ever true to his beliefs: Early in his career, he was fired for trying to organize the workers into a union at the Manhattan publishing house where he worked.”

“He wrote about the game’s racial and social injustices early on, breaking new ground in sportswriting,” Ardell says. “His ‘A Day in the Bleachers’ has endured because it’s written from the perspective of the man in the stands—not the lofty view of the sportswriter in the press box. All these years later, die-hard fans taking in a World Series game can still relate to that book. What a legacy he’s left us.”

Hano is survived by his wife Bonnie; son, Stephen; and daughter, Laurel. 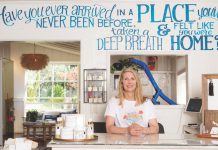 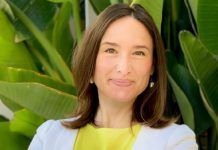