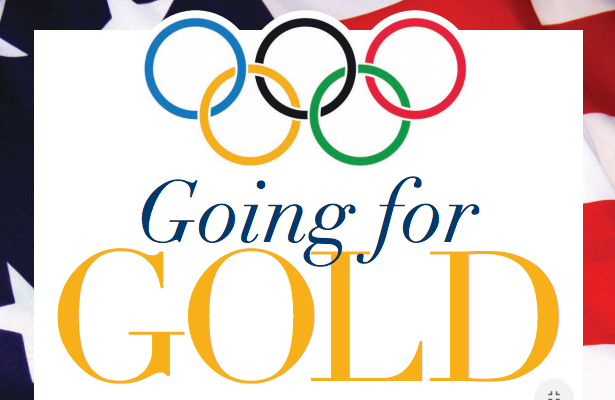 For countless athletes, dreams of heading to the Olympic Games are just that—dreams. But for Laguna Beach sisters Makenzie and Aria Fischer, both teenagers, the fantastic vision of donning red, white and blue and competing alongside some of the world’s greatest athletes is about to become a reality. Their names were added to the U.S. team’s 2016 Olympic roster in June and, although it’s one of the greatest honors bestowed on an athlete—especially a young athlete—Aria and Makenzie are saving the celebrations for Rio. Instead, the pair of water polo players have been focused on their rigorous training regimen, bonding with their teammates, and spending as much time as possible in the pool.

Makenzie, 19, and Aria, 17—both of whom play as attackers on the team—are among the youngest members of the USA Water Polo Women’s Senior National Team, which qualified for the Summer Olympics during the March Olympic Qualification Tournament in Gouda, Netherlands. Goals scored by Makenzie and Aria—five altogether—during the final match in the tournament led Team USA to victory against Japan. Today, they’re poised to play a significant role in helping the U.S. women’s national water polo team  defend its 2012 Olympic champion title.

Aria and Makenzie aren’t the only family members for whom athletic aptitude comes naturally. Their father, Erich Fischer, and mother, Leslie Fischer—both alumni of Stanford University—played water polo and encouraged the girls to pursue athletic endeavors, too. Erich was a two-time men’s water polo All-American who competed in the Olympic Games in 1992, while Leslie played for the Stanford women’s water polo team when it was a club sport. Inspired by their parents, Aria and Makenzie have been athletes for as long as they can remember, but it was water polo that won their favor.

“I tried to do pretty much every sport: tennis, dance, soccer, basketball, water polo … baseball … swim team,” Makenzie says. “My parents didn’t want to force water polo upon me, but they wanted me to figure out what I loved doing myself and it happened to be water polo. My household had always been competitive,” she adds.

Makenzie started playing water polo at age 10, and Aria at age 9—their father was one of their first coaches. “He was hard on us, made sure to yell at us when we did something wrong, [but] that tough love mentality really developed us into the players we are today,” Aria says.

And Makenzie echoes that sentiment, adding, “He pretty much taught me everything I know, all the fundamentals. … He is definitely the main reason I’m the player I am today.”

The two athletes, who have a close sisterly bond, both agree that playing on the same teams intermittently—Makenzie is two years older than Aria, and they haven’t always overlapped on teams—has been a highlight of their water polo experience. But the siblings also recognize that, just like in their day-to-day-lives, they have distinct personalities in the pool. “To be honest, we’re pretty close to opposites,” Makenzie says of their playing styles. “She [Aria] wears her emotions on her sleeves. She’s very aggressive—always attacking. I’m more calm, pretty emotionless. But we are similar in that we’re incredibly hard-working and determined people.”

For Makenzie, that persistence began to pay off in 2011 when she entered high school, where she quickly earned a reputation as a star athlete. A four-year varsity team member, Makenzie served as the Laguna Beach High School (LBHS) girls water polo team’s co-captain for two seasons, and earned a litany of other athletic awards and titles. She was a two-time LBHS Female Athlete of the Year—recognized in 2014 and 2015—and was also named LBHS Girls Water Polo MVP in 2013, 2014 and 2015. Her skills undoubtedly led her team to its undefeated 2014-2015 season her senior year.

Makenzie cites being named CIF Southern Section Division 1 Player of the Year for girls water polo in both 2014 and 2015 as one of her proudest athletic accomplishments to date. But when she’s asked about her favorite memory of her high school water polo days, she answers: “The memories with my coaches and my teammates. … Every single team I was on, I loved and have really close friends from.”

Aria, who played alongside her sister during many of LBHS’ victorious matches and championship-packed seasons, maintains a similar team-oriented mindset as she recalls her favorite memory of her freshman year on the varsity team. “Honestly, at the beginning I really loved playing with my sister,” she says. “That was a big highlight for me. I hadn’t played with her for two years. … I knew all the girls. We’d all played together our whole life [and] we just had such a family there.”

Now, the sisters are part of a new team—a larger family—and they’re welcoming the new set of goals and challenges that come with competing at the highest level.

Makenzie graduated from high school in 2015, deferring her acceptance to Stanford, and Aria put her high school career on hold in September. Both athletes have been working tirelessly over the last year to prepare their bodies—and their minds—for the Summer Olympics this August.

The months leading up to the Olympics undoubtedly test the athletes on a new level physically. “Since formal full-time training began … up until the date we leave for Rio, we will each have trained approximately 1,600 hours,” Aria says. “But that obviously does not include all the training we have done prior to August … to put us in a position to be invited to train full-time for the Olympics.” The sisters have been training six days a week and traveling frequently over the last year.

But Olympic preparations are equally tough when it comes to the mental side of the game. Both sisters have worked just as hard mentally for Rio as they have physically. Makenzie says what makes her a successful water polo player today is the many hours of practice and hard work. “But it’s also very much a mental aspect,” she adds. “… It’s a really tough sport. To come to practice every day and train, you have to be mentally tough.”

For both sisters, emotional strength also came in handy when they joined the USA Women’s Senior National Team, becoming the youngest players on the team during both of their first years. “At first I was pretty intimidated by the older girls, when I started training [with] … the Olympic gold medalists I’d watched compete in London,” Makenzie says. “In the beginning I was worried about fitting in with the team and making connections with them socially. For me, getting that bond with them had to start with earning their respect in the pool. I came in as a 16-year-old, and I needed to earn their respect [by] just being consistent and working hard, letting them know that I had their back and that I was going to do all I could for the team.”

Today, both girls describe feeling mutual respect, a special bond and an amazing fluidity in the water with their teammates that enables them to play well—well enough, of course, to qualify for the Olympics. But pre-game rituals are what keep Aria and Makenzie focused and composed.

Before a game, Makenzie likes to listen to country music, or anything else she can sing along to. She remains calm, simply hanging out with her teammates before a match. Aria, meanwhile, prefers to watch practice footage before a match, focusing her warm-up on certain plays or shots she thinks she can get during a given game.

Fortunately for both athletes, their dad—and original coach—will be on the sidelines cheering for them every step of the way in Rio, along with their mother. The encouragement and advice that their father, in particular, continues to offer them has proven invaluable. “When he stops coaching us, he’s still our coach,” Aria says. “… He’s a big support system and great to have.”

“Today, he’s more of a supportive role,” Makenzie adds. “He’ll give me pointers after games if he sees me, or compliments, which were rare before.”

And, of course, the sisters have each other, and a singular focus: gold. When asked what she thinks about first when she envisions the 2016 Summer Olympics, Makenzie says: “I think about standing on that gold medal podium.”