This time of year, resolutions are a dime a dozen. But we asked two Laguna gallery owners to get practical with their promises: What would you like to see change in our art scene in 2013, and how do you plan to get there? 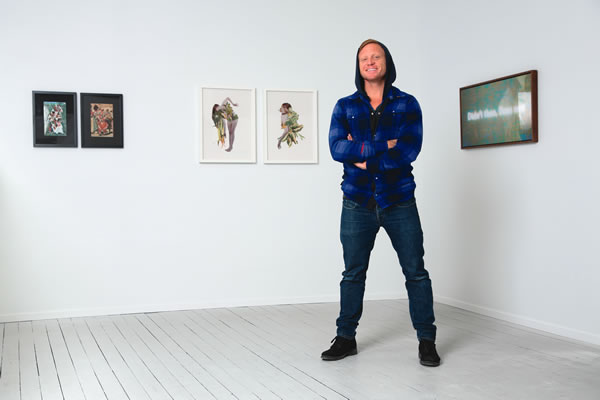 The range of most Laguna Beach art available to public viewers as well as private collectors is oversaturated in certain categories, while other major movements are underrepresented. I find that a complete presentation is not available here locally, and that makes for a weak art scene. I am very grateful for my upbringing in an “artistic” community. However, my deep appreciation for art also stems from extensive research, and the access I have sought and received from major national and international galleries, institutions and collections. We simply need more variety here in Laguna so that our community can benefit from a more complete range of art.

If local dealers can enrich our beloved city with high-caliber, internationally pertinent artwork that covers the entire last century and the beginning of this one, the local art scene will be dramatically more dynamic. I believe in this and am confident that our local situation will only improve with a consistent flow of high-quality work introduced by new dealers displaying new genres. We are witnessing the start of a new era for the arts in Orange County. 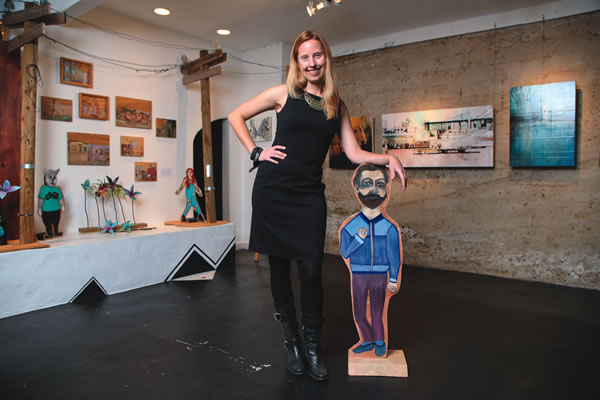 In the past few years that I’ve been in Laguna, I have gotten to know more galleries and gallery owners. I have gained a better appreciation for the diversity and depth of the artwork throughout Laguna, as well as the passion of owners for the artists they are showing. I love being a part of this art community. I am excited for collectors and art lovers when they realize that Laguna offers phenomenal work all year round—not just in the summer months.

With AR4T Gallery, our plan is to continue showing exciting young artists that complement Laguna Beach’s growing contemporary art scene. We are proud to be part of the First Thursdays Art Walk, which recently updated its brochure and website to create more awareness for galleries in Laguna. The number of member galleries is growing each month. In the meantime, we will continue work on our own website, ocartistsrepublic.com, with the goal of supporting independent emerging art galleries all over Orange County. 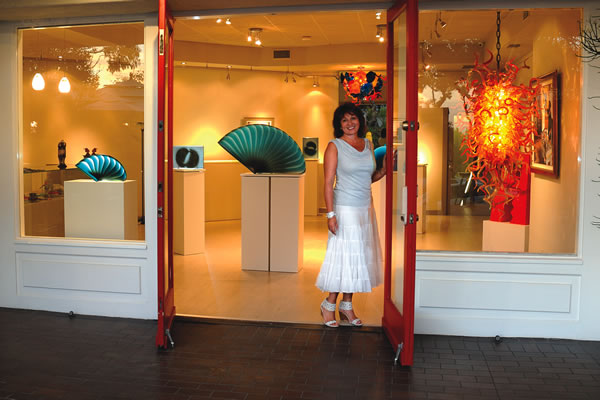 Marta Juhasz came to Orange County from Budapest more than 25 years ago, but it wasn’t until 2008 that she began focusing her attention on interior design and the area’s lackluster selection of high-end design pieces.

Inspired by sprawling ocean views in the houses she was working on, Marta immediately thought of the way glass would enhance these rooms, throwing the light around in extraordinary ways.

“It was so hard to find beautiful pieces for these beautiful homes,” says Marta, whose hometown has been known for its glass art for centuries, with many artists exhibiting primarily in London. “The West Coast doesn’t have anything like that.”

Enter Avran Art + Design, which opened this fall in the space previously occupied by Verdun Chocolates in the same unit as Pacific Edge Gallery, McKibben Studios and the Cove Gallery.

Avran boasts a stunning collection of black-and-white photography, which Marta believes is underrepresented in Laguna, as well as traditional, figurative paintings from local artist Robert Schaar—chosen, she says, because he represents what the community responds to and wants to take home. (At its grand opening in October, Avran sold four original pieces from Robert.) Marta admits, however, that in her view these other media play second fiddle at Avran to the blown glass works, which benefit from a dynamic backdrop.

Marta says she is “thrilled” with the way Laguna has embraced Avran, from former mayor Jane Egly, who cut the ceremonial ribbon at the grand opening, to the support of Laguna College of Art and Design, the Chamber of Commerce and fellow galleries and businesses along Coast Highway. (949-494-0900; avranart.com)

Laguna Beach real estate agent Michael Gosselin recently donated to the Festival of Arts an original painting by Roy Ropp, the Laguna artist often considered the father of the Pageant of the Masters.

The donation was prompted by another this past June, when Laguna Art Museum gifted four original photographs from 1950s-era festival exhibitor Paul Outerbridge. One of the four images depicted Roy Ropp in his studio, standing in front of the very painting that Michael owned.

The work, entitled “Newport Fish Harbor,” joins the permanent collection of the Festival of Arts, which celebrated its 80th anniversary this summer.

In early November, The Resort at Pelican Hill teamed up with the Laguna Beach Plein Air Painting Association (LPAPA) for the inaugural Festa dell’Autunno Plein Air Invitational. Amidst the vibrant autumn street festival, back for its second year, five regional artists captured the convivial atmosphere, discussing their work with the 300-some festival attendees. Laguna artist Ebrahim Amin was selected as the winner, earning him a $500 donation to the charity of his choice as well as an overnight stay at Pelican Hill.

To explore the resort’s impressive collection of plein air paintings, as well as the magnificent resort grounds, head to Pelican Hill Wednesday evenings for a 45-minute art and wine walking tour. Take in the regal Palladian architecture, Renaissance tapestries and landscape with stunning ocean views, and then top off the evening with antipasti and wine. (949-467-6800; pelicanhill.com)

From Feb. 7 – 10, Coast Gallery will present a collection of work by songwriter and lyricist Bernie Taupin in an exhibit aptly titled “Beyond Words.” Known for his long-term creative collaboration with Elton John, Bernie’s venture into the realm of painting has resulted in colorful and emotive canvases which will be on exhibition and available for acquisition at the gallery. Bernie has described his paintings as “the visual extension of what I have spent my life creating through words.” Exhibition previews on Feb. 9 (7 to 9 p.m.) and Feb. 10 (1 to 3 p.m.) will feature special appearances by the artist. (949-376-4185; coastgallery.com) 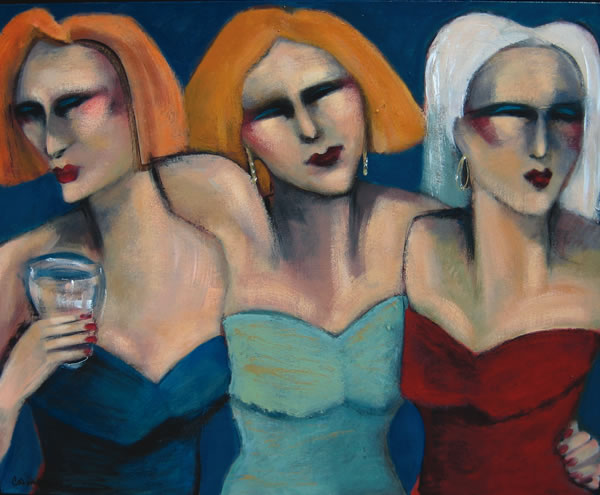 Catch the tail end of the “Behind the Lens” photography show through the end of January, followed by “This is America,” featuring new works from LA-based Colombian American artist America Martin. America’s paintings, drawings and sculptures demonstrate a notable mastery of multiple disciplines united by a coherent, cubism-inspired aesthetic. (949-510-5481; joanneartmangallery.com)

Christopher M.’s expressive and highly stylized portraits depict chefs in their natural habitats—in the kitchen, at the table, tasting wine, chopping vegetables—renditions that have earned him a reputation in both the fine art and culinary circles. Stop by Exclusive Collections on the weekend of Feb. 22 to meet the artist and see his work. (949-715-8747; ecgallery.com)

Running through Feb. 28, “Silver in the Grass” features drawings and jewelry from Karin Worden and Suzanne Walsh. In this unique collaborative exhibit, Suzanne’s botanical-inspired illustrations serve as imaginative backdrops for Karin’s one-of-a-kind jewelry pieces that find their place amidst the drawings themselves. (949-715-3000; silverblueandgold.com

Beginning Feb. 7, Cuban-based artist Esterio Segura showcases his drawings and works on paper in a show entitled “How I Learned to Walk the Earth.” The series is made up of stunningly complex visual narratives that attempt to capture the sociopolitical realities of contemporary Cuba. (949-715-5554; saltfineart.com) LBM