Two dance companies join together for one of the most anticipated dance festivals in Orange County.

On a pitch-black stage, a single spotlight illuminates a still dancer beneath it. Slowly, the bare-chested dancer begins to move, stepping, then twisting his body. After a moment the lights start to quickly strobe on and off, and the dancer begins leaping, caught midair in the light, giving the illusion of flight.

This is the signature solo, “Caught,” from Parsons Dance, one of the two dance companies that will perform at this year’s annual Laguna Dance Festival, Sept. 4 – 8. The event is far from large classical ballet productions like “Swan Lake” or “The Nutcracker,”carrying a more intimate and artistic vibe. “It’s very casual; it’s not a black tie event,” founder and artistic director Jodie Gates says of the event. “It’s about rhythmic changes, gorgeous costumes and lighting. You don’t have to try to understand it; it’s OK to just view it as a performing, moving piece of art.”

For the past eight years Jodie has hand-selected some of the best American dance companies to put on performances in Laguna. This year, the two companies that will perform at the Laguna Playhouse—Parsons Dance and Aspen Santa Fe Ballet—are cutting-edge contemporary dance groups that spin and slice through the air to Dave Matthews just as well as Bach.

Both Aspen Santa Fe and Parsons Dance were part of the very first dance festival Jodie put on. Eight years later, the festival has gained name recognition in Orange County, and the directors are excited to bring new dances to the reunion show.

Aspen Santa Fe (named after its two home cities) has a European flair and finds both emerging and internationally renowned choreographers to craft its innovative dances. The company’s 11 classically trained dancers will perform three pieces, one of which was choreographed by Jorma Elo, the popular Finnish choreographer whom the company was lucky enough to discover at the beginning of his career. It will also feature a dance choreographed by Alejandro Cerrudo, Hubbard Street Dance Chicago’s resident choreographer, and a summer piece titled “Like a Samba” by the award-winning Trey McIntyre. 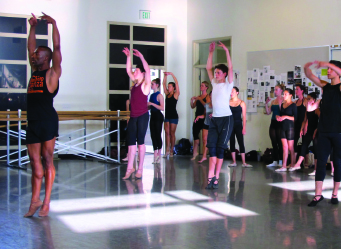 Both companies perform internationally, and Aspen Santa Fe recently returned from a tour through Russia, the birthplace of classical ballet. “We had the opportunity to do two performances in Moscow, right on Theatre Square next to the Bolshoi Theatre,” Tom Mossbrucker, the director of Aspen Santa Fe says. “It was just really amazing.”

Parsons Dance’s style is very athletic, and Dance Magazine has called dance director David Parsons “one of an elite group of crowd-pleasing moderns.” Jodie adds, “David’s done some iconic works that the audience absolutely adores—like this piece he’s bringing: ‘Caught.’ It’s one of the favorites, really a unique solo.”

The company will perform several additional pieces and preview a new piece tentatively titled “For EK.” David says, “The piece explores the effect of gender on movement, focusing on identical movements and how they are performed by men or women in a playful manner.”

Prelude to a Dance

Before each performance, Jodie and the directors will host a free, one-hour talk, where they will explain the dances and describe what went into creating the performances. “I’m a dance educator and I feel pretty strongly about making this as accessible as possible,” Jodie says. “I think it’s a lot more enjoyable to go to a performance when you have a little bit of knowledge about what you’re going to see.”

This year’s festival will be held over four nights in September, with each company performing twice. Preceding the performances there will also be a master class, where dance lovers from the community will have the opportunity to learn classical ballet from the companies’ directors. 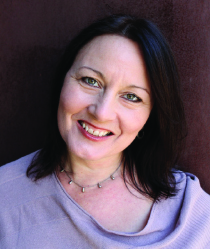 Jodie, who was recently named vice dean and director of the USC Glorya Kaufman School of Dance, plans to continue organizing these festivals, no matter how busy her schedule gets. “I think Laguna Beach has this vortex of creative energy that is undeniable,” she says. “And I think that dance absolutely fits into the cultural fabric of our community.”