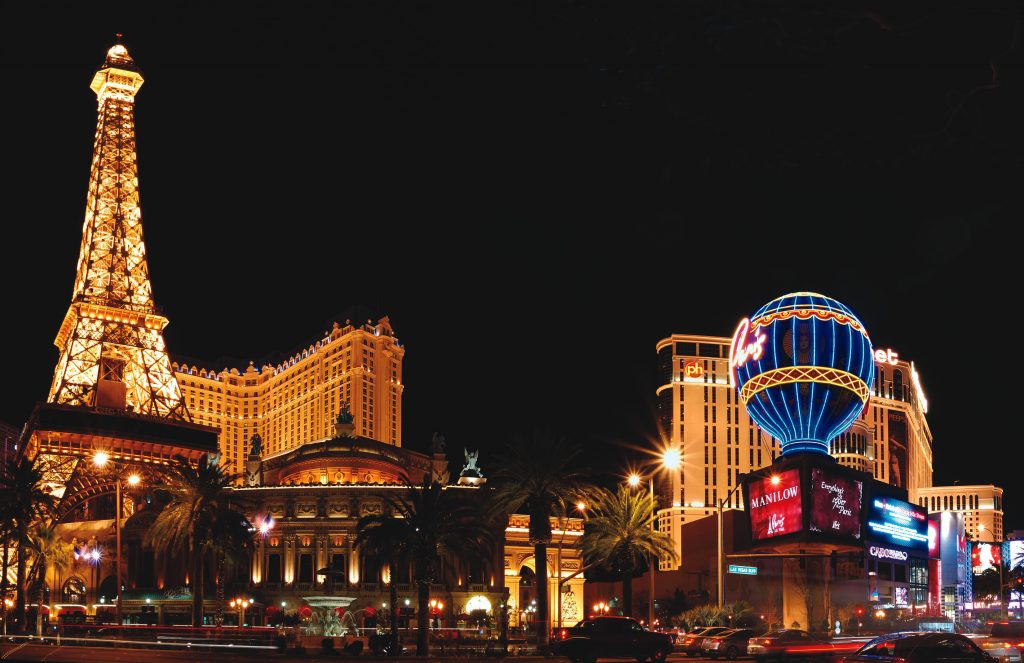 In a city that never sleeps, it’s imperative that local eateries follow the same mantra. While not every Las Vegas restaurant remains open 24 hours a day, patrons of all ages can undoubtedly find an exceptional meal at any hour in the city’s glittery playground. Still, it’s quality rather than convenience that sets Las Vegas’ best eateries apart from a slew of diners, drive-ins and dives—in fact, one might even say that Las Vegas has upped the ante when it comes to sheer concentration of top-notch restaurants on the  iconic Strip’s bustling 4-plus miles.

The city’s booming restaurant industry offers more than 2,000 dining establishments without becoming stale or, even worse, soggy and oversaturated. Such success can be attributed to a dining scene that gracefully evolves with its patrons, says Ari Kastrati, vice president of food and beverage at Aria Resort & Casino.

“The customer has changed dramatically in America,” Ari explains. “The intelligence level is far greater than 10, 12, 15 years ago with the birth of food TV and food networks. [Restaurants] have to be fine dining [to accommodate the new curve], but it’s more ‘fun dining’ now by designing the restaurant and menu appropriately and training employees to also be entertainers.”

So, if you find yourself in Sin City anytime soon, prepare to loosen up your belt, pull up a chair and unfold your napkin, because this foodie-friendly haven is dishing out some truly phenomenal plates.

Wolfgang Puck was the first trailblazer with the prescience to foresee the allure of pairing his A-list-chef status with an accessible eatery, which led to the opening of Spago restaurant at The Forum Shops at Caesars Palace in 1992. Now, in a city that hosts some of society’s most recognizable faces on a nightly basis, it comes as no surprise that a growing number of shrewd celebrities are combining business with pleasure by setting up shop as full or partial owners of Las Vegas eateries.

For an experience that emphasizes cuisine and ambience, stop by former “Desperate Housewives” star Eva Longoria’s new collaborative venture with Morton’s The Steakhouse, SHe by Morton’s, located inside The Shops at Crystals at CityCenter. A contemporary take on the beloved steakhouse, SHe specializes in prime grain-fed steaks accompanied by handcrafted cocktails. The menu isn’t all turf, though; be sure to grab something from the surf side of the selection, such as the ahi tuna with shiitake mushrooms, bok choy and lobster broth.

Still, no one does seafood better than the all-star team of actor Robert De Niro and chef Nobu Matsuhisa. Since 1993, the two powerhouses have joined forces in creating more than 25 international Nobu outposts, which serve gourmet sushi and Japanese dishes in restaurants whose design elements are equally as exquisite as the cuisine. When selecting dishes, guests have a choice of going the route of sashimi—raw fish a la carte—and signature sushi cut rolls, or ceramic plate-roasted beef or seafood (known as toban yaki). In Las Vegas, the restaurant’s exclusive Caesars Palace location also features teppanyaki-style dining, allowing guests to sit around the grill as their chef prepares the delicacies in a kind of culinary performance. Notable standouts of the current repertoire include shishito peppers drizzled in truffle oil, a lobster miso cappuccino and tender Japanese A5 wagyu steak.

As far as celebrities and chefs are concerned, however, few can compete with now-household name Gordon Ramsay. The fiery centerpiece of TV series like “Hell’s Kitchen” and “MasterChef” manages a stable of three restaurants along the Strip: Gordon Ramsay Steak at Paris Las Vegas Hotel & Casino, Gordon Ramsay Pub & Grill at Caesars Palace and Gordon Ramsay BurGR at Planet Hollywood Resort & Casino. The restaurants’ names reflect each establishment’s specialty—steak, pub fare and burgers, respectively. Travelers strapped for time should aim to try BurGR, which greets guests with a 30-foot-long “fire wall” entrance that’s perfectly complemented by spicy menu items like the Hell’s Kitchen and Damnation Chicken burgers. Rest assured, Gordon is far from all name and no bite; when he isn’t training for triathlons (he completed an Ironman race in Hawaii last October), he’s refining his skill set in the hopes of obtaining the highest of culinary honors, the Michelin star—of which he currently has eight.

Originating from French company Michelin’s guide to superb service, the Michelin star is awarded for excellence in fine dining and an unparalleled commitment to quality. Restaurants can receive up to three stars, but even just one designates an establishment as worthy of making special arrangements to visit because the cuisine, service and atmosphere are truly exceptional.

For such an experience, look no further than the Roman-inspired Caesars Palace. Don’t let the architecture fool you, because housed within the structural wonder is the two-Michelin-star Restaurant Guy Savoy, a Parisian fine dining concept helmed by classically trained Executive Chef Mathieu Chartron, who began his tenure at the company as legendary gourmet Guy’s sous chef.

“We offer the innovation-inspiration menu that changes often,” Mathieu explains. “Even our repeat guests do not know what to expect, yet we [also] have a signature menu that has dishes that have been here for decades. So, you can always come back for artichoke and black truffle soup—the famous classic of Guy Savoy—and also have something new and surprising to entertain your palate.”

In addition, Restaurant Guy Savoy boasts the nation’s only Krug Champagne-sponsored table, which happens to double as the exclusive chef’s table in the back of the house. It offers a once-in-a-lifetime view of the kitchen staff during dinner service paired with some of the finest bubbly Krug has to offer and a play-by-play from the executive chef himself.

Just next door, Picasso at the Bellagio hotel has also secured two Michelin stars for its French- and Spanish-influenced cuisine and decor inspired by the groundbreaking artist. At Picasso, Executive Chef Julian Serrano has compiled multiple menus, including one dedicated solely to white Alba truffles and another offering dishes like fried deer medallions and foie gras. Adding to the indulgent experience, the restaurant boasts an on-site wine cellar that houses more than 1,500 varietals, as well as uncompromised views of the famed Fountains of Bellagio water show every 15 minutes after 7 p.m.

There is, however, only one Las Vegas restaurant worthy of the coveted three Michelin stars. Opened in 2006, Joël Robuchon restaurant at the MGM Grand Hotel & Casino has earned a pristine reputation as the city’s premier eatery by combining sophisticated French cuisine with outstanding service.

It’s all thanks to chef Joël, who came out of retirement to develop his first U.S.-based restaurant at the MGM Grand, bringing with him a refined palate, an internationally recognized name and the title of French Chef of the Century. The award-winning restaurant’s menu features an array of meticulously assembled French dishes like the French hen with roasted foie gras and confit potatoes au jus, which requires a full hour to perfect. If you’re looking to taste just one item on the menu, though, make it the “puree de pommes de terre,” or mashed potatoes.

Traditional Takes
In a city with such a competitive culinary landscape, sometimes the recipe for success is to deliver well-known classics, albeit with distinctive twists. Restaurants like gourmet breakfast spot Hash House a Go Go have developed cult followings by gracefully perfecting traditional, dependable mainstays. The reimagined diner is known for its over-the-top, generous portions of anything from bacon-filled French toast to burgers with stuffing-filled patties, which Jim Rees, partner and chief operating officer, refers to as “twisted farm food.”

“Although everyone likes to talk about the portions, we like to talk about the high-quality, fresh, made-from-scratch ingredients,” he explains. “[The dishes are made using] traditional comfort food with unique flavor profiles presented with a flair.” Stop by for weekend brunch, a popular favorite, but be sure to heed Jim’s advice and arrive before 9 a.m. to avoid the consistent rush.

Likewise, The Cosmopolitan of Las Vegas’ vintage-inspired The Henry restaurant follows suit, elevating quintessential American fare with fresh ingredients and unique culinary techniques to match the dignified ambience of leather interiors and crystal chandeliers. Top picks on the menu include the eggs benedict, which is served sans egg and with braised short ribs atop flakey potato cakes. Another must-try is the deep-fried macaroni and beer cheese—although on the heavier side, the dish merits a cheat day.

Places like The Henry and Hash House a Go Go prove that upscale gastronomy need not trump the Strip’s more familiar culinary offerings. In fact, perhaps the kingpin of traditional dining in Las Vegas—the buffet—is far from being phased out by fine dining operations. Instead, as Ari explains, spreads like The Buffet at Aria and the Bacchanal at Caesars Palace are simply evolving into restaurant-buffet hybrids complete with servers.

“Guests really want to have an experience there that they can tailor for themselves,” he says. “[So, we try to create] an experience you’d have in a restaurant setting, but with a wide variety of cuisines.”

Although once synonymous with shotgun weddings, pawnshops and Liberace memorabilia, Las Vegas has matured into a high-profile fine dining capital with creative offerings to satisfy a variety of cravings at any hour. And in a place known for being constantly in flux, new spots to tempt the palate are always sure to be cropping up on Sin City’s horizon.

To date, the tallest Ferris wheel in the world is the Singapore Flyer, which stands at a staggering 541 feet, followed by the 443-foot-tall London Eye. As of 2014, however, the unveiling of Las Vegas’ newest record-breaking attraction, the High Roller, will eclipse both structures. 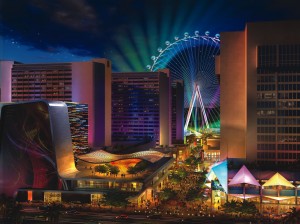 The High Roller is a 550-foot-tall observation wheel with 28 externally mounted, enclosed glass cabins. Each cabin is capable of hosting up to 40 passengers celebrating anything from a family gathering to a wedding ceremony as it travels over the Las Vegas Strip, offering a one-of-a-kind view of the iconic cityscape.

The Ferris wheel, located just yards from Las Vegas Boulevard, is the capstone addition to a new open-air retail and entertainment complex known as The Linq, an extension of Caesars Palace that opened to the public in late 2013.

Stay and Play
A growing number of hotels and resorts along the Strip strive to offer both exceptional in-room amenities and on-site dining venues, but some admittedly go above and beyond. Visit the following for a foodie-friendly, rejuvenating stay.

Aria Resort & Casino
Located on the south side of the Strip, Aria boasts an average room size of 520 square feet—as well as suites of up to 2,000 square feet—complete with dual closets and luxury bathtubs. But the real treat comes when deciding from among the 17 highly acclaimed restaurants that fill the hotel; options include the new Five50 Pizza Bar helmed by Shawn McClain and interactive dining experience Tetsu Teppan Grill. (702-590-7111; arialasvegas.com)

The Cosmopolitan of Las Vegas
Just steps from the vibrant carnival of the Strip, The Cosmopolitan encompasses 800 guest rooms in addition to suites and a glamorous casino replete with glittering crystals and chandeliers. The 3-year-old hotel shines with a total of 13 restaurants, from the decadent Wicked Spoon buffet to refined brasserie Comme Ça. (702-698-7000; cosmopolitanlasvegas.com) 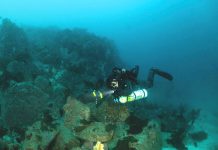