Author and Maybelline heiress Sharrie Williams has experienced the ups and downs of a life where appearance is everything. By Maddie Jaeger 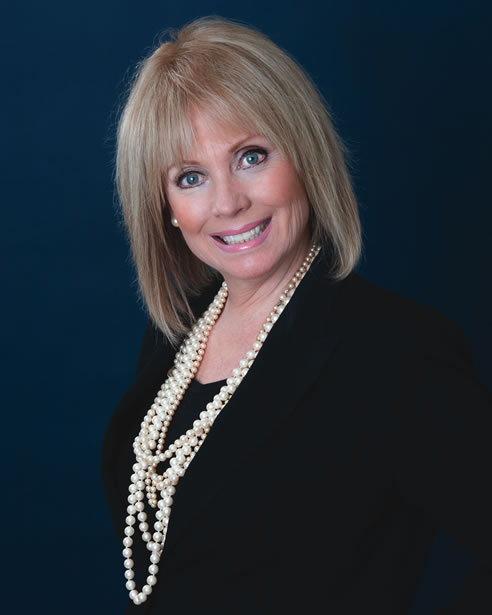 “The magic key to the beauty of Hollywood’s goddesses was not their figures or their wardrobes or their smiles. It was their eyes,” says Sharrie Williams, author of “The Maybelline Story.” Her ambitious great uncle, Tom Lyle Williams, made this realization and created a business that blossomed into the No. 1 cosmetics company in America: Maybelline.

In her book, Sharrie details the intoxication with beauty that fueled the successes and the scandals of the iconic brand. An author, heiress, actress, mother and longtime Laguna Beach resident, Sharrie speaks to Laguna Beach Magazine about her family memoir.

Q: Where does the story begin?

A: The story starts in 1915 when my great uncle Tom Lyle Williams saw his sister Maybel accidentally singe her eyelashes and eyebrows. She tried to think of something that she could use to make them grow back and give them a bit of color, so she burned a cork from a bottle and mixed it with some Vaseline. Then, she dabbed it on her little sparse eyelashes and eyebrows just when my uncle walked into the room, and he noticed that she looked like Gloria Swanson and Theda Bara—the big stars of the early silent films—and he asked if there was anything like that, that people could buy on the market. She said no, and that’s what gave him the idea. He went to a chemist and formulated the first product in 1915 called Lash-Brow-Ine. In 1916, he changed the name to Maybelline in honor of his sister who gave him the idea.

Q: Was it difficult to expose your family’s past when writing this book?

A: Yes, it was very difficult. I actually started it way back when I was 15 years old in high school. I had to think of something for my speech class. My grandmother, who was Miss Maybelline [Tom Lyle’s muse], said why don’t you tell the Maybelline story? I told [the story above], and not only did I get an A, but I became popular overnight and became known as the Maybelline Girl in high school. When my grandmother was mysteriously killed in an arson related fire in 1978, that really spurred me to make sure her memory wasn’t forgotten. Still, I put it off and put it off. Then, in 1993 when my house burnt down in the Laguna fires and I lost all of my earthly belongings, I realized the only thing you cannot take away from me is my story. With that I started writing this story with my father’s help.

Q: In your research of your family’s history, did you find anything that shocked you?

A: I knew that my uncle was gay, and that seemed to be a huge issue with my family. My uncle was so wonderful, so generous; all of his family members and their kids became millionaires overnight because he didn’t have a family of his own. That alone is a story in itself. There’s a bunch of stuff in there that’s shocking, but I don’t want to give too much of the story away. 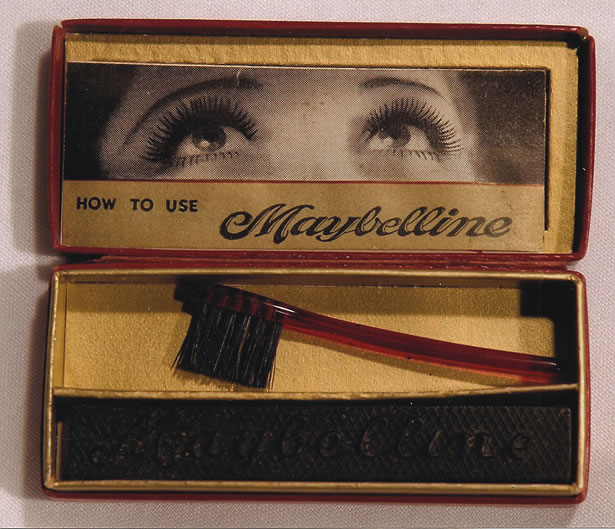 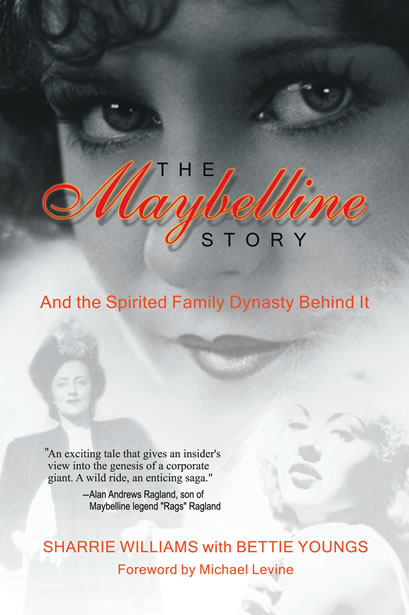 Q: Your grandmother (Evelyn) would always say, “Beauty hurts.” What was it like growing up in a family that was in a sense “obsessed” with beauty?

A: As a 5-year-old, my grandmother put complete makeup on my eyes: mascara, eye shadow, eyebrow pencil, lipstick, rouge. She paraded me into the living room so that my great uncle could see. He said, “There’s nothing more beautiful than Maybelline mascara on virgin eyelashes.” From that point on, I realized it was pretty important in this family to get attention for being beautiful. … I believed that because of the perfection that was demanded in our family, I was more of a mannequin than a real person. That is also in the book—my unfolding and my conflict with my grandmother and my eventual finding freedom from all of that.

Q: Maybelline survived through some of the most tumultuous times in history. What is it like being a part of that history?

A: Well I think one of the greatest joys in my life is being part of a legacy that really has given so much. When my uncle died, he gave $100 million dollars to the Salvation Army. He still has a foundation today—the Tom Lyle Williams Foundation—and is still giving back 35 years after his death.

Q: What brought you to Laguna?

A: We lived in LA until the company sold in 1967, and then my father wanted a yacht and a beautiful home on Lido lsle on the water. During all of this I was a young girl, and I met my husband on a blind date. We wound up getting married and decided to buy a house in Laguna [in 1978]. The community here, there is nothing like it. There is no better place to raise a family.  LBM