The sidewalk outside of Trouble Coffee Co. and Coconut Club was filling up with an eclectic crowd as I set my coffee on a tree stump-turned-table. We’d ventured all the way to one of San Francisco’s southwestern neighborhoods, Outer Sunset, in search of the almost-mythical artisanal toast from this tiny shop, and I’d finally gotten my hands on a slice for $4. The recommendation came with a story, as is common in a place that was once a refuge for the Beat Generation, a haven for hippies and the heart of the gay rights movement. This tale was about the owner, who has schizoaffective disorder and a collection of unique tattoos. After bouts of homelessness and drug addiction, she opened a coffee shop that also sold coconuts and inadvertently started the gourmet toast craze.

It was all so remarkably San Francisco—so peculiar, so intriguing and so impossibly hip. I bit into the toast and instantly realized that the hype was warranted. If toast could truly be gourmet, this was it. And so went the rest of my stay in the city, hunting down gems that locals encounter every day, hearing stories that have been told a million times, discovering what makes the city special through ordinary places and activities that a nonresident would find extraordinary.

Asking a group of locals about the best hangouts, restaurants and activities in the city leads to an inevitable argument. San Francisco’s neighborhoods and spaces are in constant flux; the destination that’s known for being at the forefront of food and tech trends can never seem to agree with itself on what’s old hat and what’s cool. Take Ghirardelli Square: Anchored by Ghirardelli Chocolate Co., the landmark is undeniably scenic but, as a stop on every tourist’s list, it’s also vehemently avoided by most city dwellers.

Jamestown, the real estate investment company that owns and operates the square, is looking to change that by unveiling new concepts. Known as the company behind New York’s Chelsea Market, Jamestown plans to breathe new life into this century-old icon with novel tenants including a new restaurant by chef Jonathan Waxman, a Bay Area native who has earned multiple James Beard Award nominations and coast-to-coast acclaim. Additionally, the popular Parisian-style bakery Le Marais will open its second location just steps away inside a building known as the Apartment House, a nostalgic brick structure overlooking the bay.

The developments’ effect on the area is yet to be seen, but, fortunately, it doesn’t take long to get to some of the city’s homegrown offerings. A short Muni ride will bring you to the Ferry Building, which houses a popular farmers market on Saturdays and perhaps the perfect morning pick-me-up: coffee and ice cream. Among dozens of shops, artisanal food purveyors and restaurants, Blue Bottle Coffee and Humphry Slocombe continue to attract long lines. The latter is the brainchild of chef Jake Godby, who was jaded by San Francisco’s food scene when he decided to take some surprisingly adult flavors and serve them up in family-friendly cones. He keeps just two shops in San Francisco, but the ice cream flavors have garnered worldwide attention. All scoops are presented with a wink and a nudge—from the Government Cheese variety to a peanut butter and banana flavor aptly named Elvis, the Fat Years. The Secret Breakfast has a cult following, combining bourbon and corn flakes. Somehow, it works.

That phenomenon is also evident in the success of our dinner choice for the same evening, Mission Chinese Food. Created by chef/restaurateur Anthony Myint—who originally sublet a Mexican food truck once a week to test his concept—the eatery has since been moved inside a building that bears the name of a Chinese dive, Lung Shan Restaurant. It would appear to be just another takeout joint with a bright yellow awning bearing the Lung Shan name if not for the crowds outside the door, waiting for a seat. Reservations are accepted months in advance.

Diners sit under comically kitsch decor—a red paper dragon hovers over tables and a painting of horse-riding Chinese dignitaries is prominently displayed on one wall. A cardboard cutout of Michael Jordan might sit in the far corner. Yet the food is just as memorable as the environment. Mission Chinese’s menu features traditional dishes with a twist, including a few plates that have gained notoriety because of their extreme spice. The tiki pork belly is a rich bite of meat with soy caramel, mandarin orange, pineapple and shaved coconut, served with a little paper umbrella for good measure. Entrees like the salt cod fried rice and squid ink noodles have added to the restaurant’s reputation for great food in an unconventional atmosphere.

More local favorites reside in the nearby Bernal Heights neighborhood, known for its family-friendly yet bohemian atmosphere. Here, culinary power couple Tim and Erin Archuleta have managed to hold onto a neighborhood feel even after their restaurant, Ichi Sushi, opened to widespread acclaim in 2010. Once you’ve snagged a coveted spot there, you can choose from traditional and specialty rolls as well as other hot and cold dishes, but omakase is highly recommended. For those new to sushi, a mural by San Francisco lettering artist Erik Marinovich creatively shows the rules of engagement, including one of the most important: “Clean off entire plate.”

The foggy days and nights spent in San Francisco are made a bit foggier with the help of San Francisco’s craft beer and cocktail establishments. The city fiercely defends its place amid powerhouses like New York and Chicago at the forefront of all things alcohol, upholding a reputation that goes back more than 100 years. The famous Anchor Brewing Co. has produced steam beer since 1896. (Although there’s no record of the brewery’s activities during Prohibition, it was somehow able to immediately resume production after the passing of the 21st Amendment.) Today, both tourists and locals enjoy the tour through the Potrero Hill brewery, which still impressively produces all of the Anchor beer that’s distributed around the world. Locals revel in the brewery’s history and are privy to the generous pours at the conclusion of the tour. One catch: Reserve your spot on the tour months in advance.

After a taste of nostalgia, fill your glass with today’s beer legends at Toronado. It’s a cash-only dive in Lower Haight that’s been around since the 1980s. Known for slightly surly bartenders and a draft list that reads like a who’s who of West Coast craft, the bar remains at the top of locals’ recommendations lists. Grab a grilled sausage next door at Rosamunde and enjoy it inside Toronado alongside a cold pint from Russian River Brewing Co.—just make sure to bring your own napkins. For a craft beer experience in a gastropub environment, the decidedly more upscale Monk’s Kettle has a massive list of brews and food until 1 a.m. in the Mission.

If cocktails are more appealing, or you’re trying to impress a date away from hordes of tourists, duck past the bright lights of North Beach’s Broadway Street into an alleyway marked Romolo. The dimly lit 15 Romolo attracts drink connoisseurs with its ever-changing menu and speakeasy-style ambience. Belly up to the bar and find libations created from ingredients like house-made vermouth, fresh produce and spices. Also worth the extra effort is Bourbon & Branch, a real Prohibition-era speakeasy with a number of hidden bars inside its covert walls. Do a little research ahead of time; passwords and house rules (including bans on cellphone use and photography) are in full effect at this throwback institution.

Of course, there are the famous places and activities that tourists hold dear and residents may take for granted. And there’s no shame in sitting in traffic to take a one-minute ride down Lombard Street or taking a selfie at the top of Coit Tower. But a rich stay in San Francisco includes at least some of the ever-changing local gems that make return trips worthwhile. Soon, with a little insider insight, it won’t be “San Fran” or “Frisco” to you anymore. It’ll just be, as the locals say, “the city.” 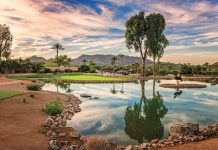