While growing up in Laguna Beach, Clark Olson always loved summertime: Life was simple, the ocean was easily accessible for swimming and surfing, plus the local artists have always given the town a unique feel. As he got older, travel became a prominent part of his life and led him on a backpacking adventure through South America, after which he moved to Argentina and worked as an English teacher. Being immersed in these various cultures opened his eyes, and his palate, to different parts of the world and all they had to offer—especially the food. After moving back to the U.S., he took up cooking and decided to meld his interest in the culinary arts with his love for particular ingredients, namely chile peppers. Thus, Mago Hot Sauce was born.

The company serves as an homage to his time in South America, with Mago (meaning magician or wizard in Spanish, hence “spicy magic” as the company’s slogan) being the name of a cat that lived on the property of his Argentinian residence. He rented a room in a home dubbed Los Elefantes (meaning “elephants” in Spanish, which inspired the company’s logo).

Originating in his parents’ kitchen, Mago Hot Sauce has since grown to become a well-known brand around town. Local restaurants like Coyote Grill, El Ranchito and Watermarc use his hot sauce in their recipes and/or sell them by the bottle, while other retail spots like Pearl St. General store, Soul Project and Buy Hand carry his products as well. Olson himself can also be found at the Laguna Beach Farmers Market every Saturday. Here, Olson discusses his company’s beginnings and how the hot sauce business is heating up locally and beyond.

What are some of your favorite memories from South America?

The food [was] definitely a big part of it; so many types of cuisine. I had some of the best ceviche of my life in Peru. … Colombia was a totally different type of cuisine … [and had] a lot of Caribbean influence. … [In] Peru, there’s just a lot of really good seafood. They’re famous for that, too, but their beef industry is very popular, as well.

Could you tell us about some of your sauces?

The red is a roasted habanero and Fresno chile blend. Fresnos are kind of like red jalapeno, so it’s a little toned down for a habanero sauce. And then for the red and the green, we actually oven-roast all the chiles, so the process is a little longer, but definitely worth it—I think it brings out some new flavors. … The third sauce that I launched was this ghost pepper, so definitely the hottest of the four. In general, I stay away from that novelty heat level, so I’m not trying to hurt anyone here; it’s more about the flavor, for sure. … The most unique out of the four is probably the green sauce: … It’s roasted Thai chiles [and] there’s no tomatillo in there (the reason I bring that up is that it’s very unique for a green sauce, especially in California). … So they really don’t compete with each other at all.

Which of your sauces do you like to pair with local dishes?

I try to create sauces that go with the variety of foods. … All four are very, very different, so they kind of go with different things. … The red sauce is probably more versatile … [out of] the four, so it’s truly like the everything sauce, where the others have their own unique little vibe.

What do you love about working in the local community?

We’re at the Laguna Beach Farmers Market every Saturday from 8 [a.m.] to noon. That’s been really fun; there’s nothing like connecting face-to-face with your customers. You learn so much about the products you have and where you should take them. … I’m looking forward to collaborating with a lot of other local businesses, and some that aren’t as local, so that will really take us to new places that we haven’t gone yet.

What has been the most challenging part of growing this company?

There’s always going to be speed bumps in any business. … I definitely have gone through my share, but I try to embrace it, [though] it’s hard to embrace it while it’s happening. But I think being tested and failing and spending money when you maybe shouldn’t have; you just have to embrace it and move on. Failure really does help you be successful. … I’ve just been learning so much and I don’t think that’s ever going to stop, but I feel like I’m in a good groove and I’ve built up some good momentum, and a lot of that is based off having some rocky roads.

What’s next for Mago Hot Sauce?

CO: I’m actually in the process of working on some very limited-edition, specialty batches. … I’m really excited to work on some [new flavors], whether it’s seasonal or just some exclusive batches that are kind of here today, gone tomorrow. … I have four now, and we’ll always have those four, and then, every year, I’ll launch three to four sauces that I’ll do very small, micro batches of and, when it’s gone, it’s gone until next year and, if it’s popular enough, we’ll bring it back and, if not, maybe we won’t. … I’m working on everything from a couple rubs and chile salts to some other secret stuff.

And what’s next for you, on a personal level?

Staying active and getting in the water or playing basketball; working out really helps me stay on track. Gardening is another big part of that. So that’s another reason I got into making hot sauce because I really like traveling and I really like chiles and compelling peppers; I mostly grow tomatoes and chiles. … I geek out over my garden and I get better at that every year, too. Just controlling all the pests and getting the right soil. So it’s technical, but it’s a lot of fun and it’s definitely therapeutic. 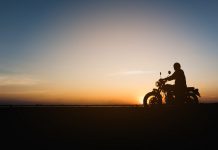 The Thrill of the Road