“Live! at the Museum—Dúo del Sol”

March 14; Laguna Art Museum
Experience the Laguna Art Museum in a whole new way when violinist Javier Orman teams up with guitarist Tom Farrell to present an engaging musical treat. The pair, known as Dúo del Sol, brings a mix of genres ranging from classical to reggae that combine with energy and passion to help deliver an unforgettable performance. (949-715-9713; lagunabeachlive.org)

“Prototype”
Through March 14; Laguna College of Art & Design
Explore the world of typography through the eyes of award-winning designer Andrew Byrom, whose clients have included The New York Times and A+D Museum. A reception with the designer will be held on March 1 at 6:30 p.m., along with a lecture at 7:30 on the Grassy Knoll. (lcad.edu)

Laguna Craft Guild
March 3 and 24; Main Beach
Join this nonprofit artists group as they share and sell masterpieces in the heart of Laguna. Visitors can find anything from one-of-a-kind jewelry to handcrafted woodwork. Uniqueness is guaranteed, as the Craft Guild requires that each craft be made by hand. (lagunacraftguild.org)

“Richard Jackson: Ain’t Painting a Pain”
Through May 5; Orange County Museum of Art, Newport Beach
Los Angeles-based artist Richard Jackson takes his chromatic work to the next level in this series of room-sized installations, some of which have never been displayed in the United States. A 40-year veteran of the LA art world, Richard redefines contemporary art through his unique, almost flippant interpretations of everyday experiences, intertwining paint media with sculpture. (949-759-1122; ocma.net)

“Wicked”
March 9 – April 3; Segerstrom Hall, Costa Mesa
Embark on a journey to the land of Oz with what Entertainment Weekly calls “The Best Musical of the Decade” that racked up 35 major awards, including a Grammy and three Tony Awards. But this isn’t Dorothy’s trip to Munchkinland—this is the tale of two unlikely friends and the twist and turns of life in Oz that lead them to become the Wicked Witch of the West and Glinda the Good. (714-556-2121; scfta.org)

“Having It All”
March 5 – 31; Laguna Playhouse
Five women with seemingly nothing in common—besides being stuck in the boarding area of JFK airport—come together in this musical. As fate would have it, they learn that they do have more in common than meets the eye. “Having It All” isn’t about where the women start; it’s about where they end up—physically and metaphorically. (949-497-2787; lagunaplayhouse.com)

Keep It Wild
March 16; Laguna Canyon Foundation
Come out and help keep the canyon natural along with Laguna Canyon Foundation and OC Parks staff. Volunteers will learn more about the surrounding natural habitat and vegetation while helping to remove non-native plants as well as planting native plants. The event takes place at both the Laguna Coast Wilderness Park at the Nix Center and the Aliso & Wood Canyon Wilderness Park at the Rangers Headquarters. (949-497-8324; lagunacanyon.org)

Multicultural Fair
March 23; Sage Hill School
Celebrate diversity and travel the world, all without stepping foot outside Orange County. Sage Hill School’s 12th Annual Multicultural Fair features global foods, entertainment, artisan demonstrations and a bazaar—all of which draw inspiration from different cultures. There is even a Kids Zone for the little ones. (949-219-0100; mcf.sagehillschool.org) 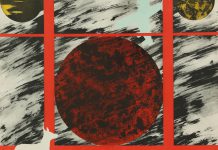 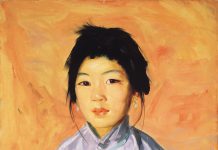 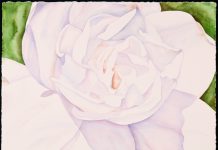