Taking place July 20-28, Southern California locals and athletes worldwide will unite and showcase the best action sport talent. Partnering with IMG and premiering as title sponsor, Vans will host the anticipated event that attracts millions of spectators to the shoreline and via live webcast. The free public event will feature the best competitors in surf, skate and BMX, as well as the new addition of the Van Doren Village, where viewers and athletes can indulge in art, food, movies and a variety of other activities. On July 27, Vans will also debut the Van Doren Invitational, an exclusive bowl-riding competition featuring the best skateboarders and BMX riders from around the globe. (usopenofsurfing.com) —K.L. 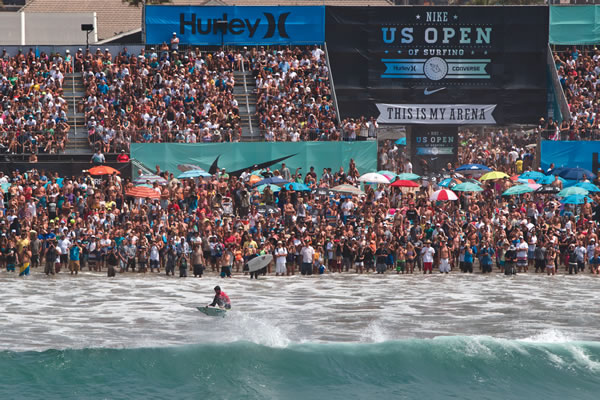 8%: The amount of all planted forests in the world that are made up of eucalyptus trees. The eucalyptus is the city tree of Laguna Beach. 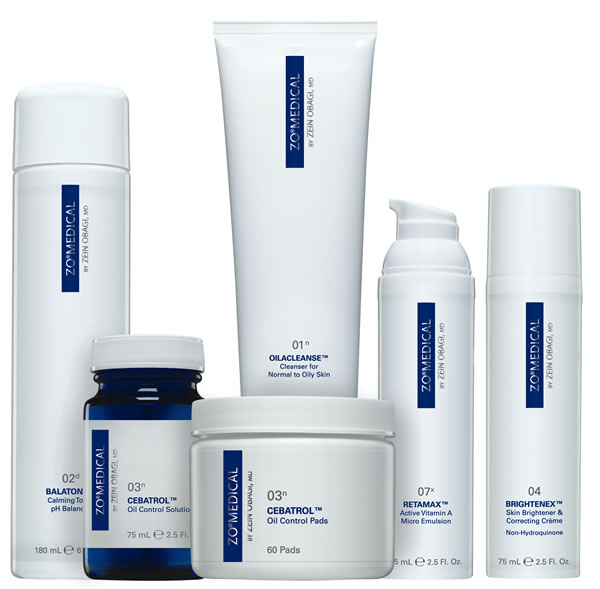 The renowned Obagi Skin Health Institute recently opened its new location at 883 S. Coast Hwy. Dr. Zein E. Obagi, leader in skin health science and creator of dermatological products aimed at restoration and rejuvenation, heads up the practice with Dr. Monika Kiripolsky, a board certified dermatologist and fellowship-trained cosmetic and laser surgeon. With their team, the duo provides skin care based on the individual needs of each patient and treats a variety of conditions and diseases. The state-of-the-art facility will also cater to patients who are focused on preventing skin damage and skin cancer. Treatment will be supplemented by ZO Skin Health products, developed to help emphasize the results of treatments and routinely maintain skin health. (949-667-5115; obagiskin.com) —L.M.

Montage Hotels & Resorts founder and CEO Alan Fuerstman received the Entrepreneur of the Year award by Ernst & Young LLP in the Real Estate/Hospitality category June 6 at a gala event in Laguna Niguel. National winners will be announced at the awards ceremony held annually in Palm Springs this November.

Every year, the city of Laguna Beach budgets approximately $125,000 to bring in herds of goats to graze the hills on the outskirts of the city as part of its fuel reduction and vegetation management program, reducing risk of wildfires. Each herd consists of 150 goats, but the extreme dry conditions this year necessitated the use of an additional 50 goats June 1; another herd of 200 have been brought in for July. The California Department of Forestry and Fire Protection is taking every precaution to battle the heat and keep up on evaluations after a month of the herds grazing along the fire road and hillsides. —J.C. 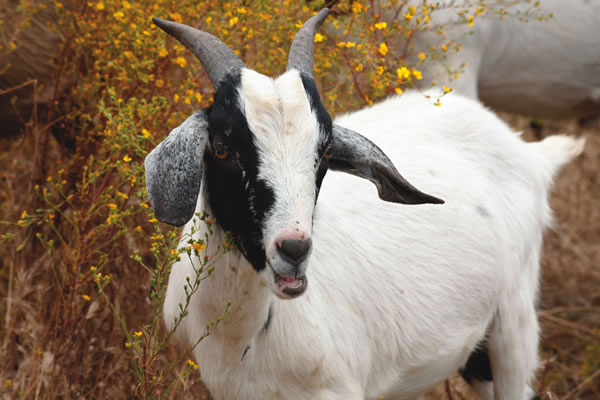 On Nov. 9, one person will receive a phone call, and along with it, a new home in Laguna Beach courtesy of the Laguna Beach Home Raffle. The raffle, developed by GCA Santa Barbara, celebrates its ninth anniversary this year and benefits nonprofit organizations including the Ocean Institute, Irvine Public Schools Foundation and the Wyland Foundation. The prize is a four-bedroom house with impressive views and an open floor plan, but if the winner isn’t ready to pack up, he or she can opt for $1 million instead. The drawing for the grand prize is open to the public. “We’ve worked really hard to make the raffle a community event and to make it specific to Orange County, which is a really special region,” GCA Santa Barbara owner Greg Goggin explains. “That’s what I’m most proud of—that it’s a community event.” (949-496-2274; ocean-institute.org/raffle) —L.M. 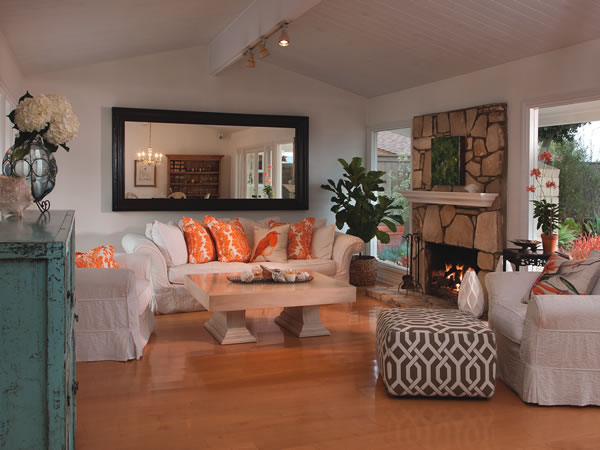 The Ritz-Carlton, Laguna Niguel hosted Dinner with Picasso in May for a small gathering of The Ritz-Carlton Rewards program members. “The evening was filled with wonderful conversation, discovery of art and the evolution of Picasso’s work and life,” Salon D’Art’s Chief Curator Suleyman C. Cooke says. Suleyman was requested to curate 18 distinguished Picasso artworks from all over the world to help color the night. The dinner, the first of its kind, was an exclusive event offered to The Ritz-Carlton Rewards members; future events include a dinner with Denver Broncos quarterback Peyton Manning at The Ritz-Carlton, Denver on July 22, and National Geographic photography workshops. Guests can enroll as a complimentary benefit to staying with The Ritz-Carlton. (949-240-2000; ritzcarltonrewards.com) —J.C. 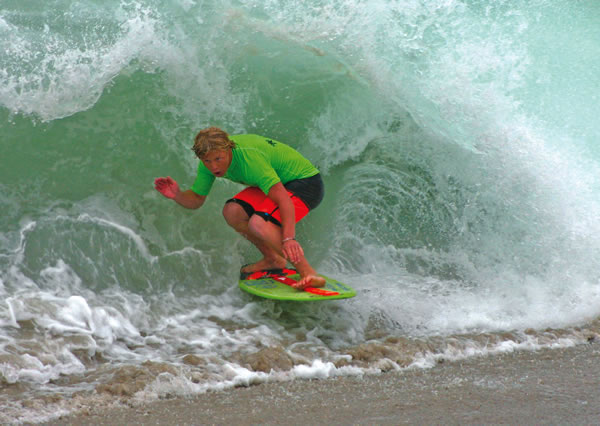 Skimboarders Travel to Laguna for The Vic

The weekend of June 29, Laguna Beach celebrated the home-grown sport of skimboarding during the contest affectionately called “The Vic” after its hosting organization, Victoria Skimboards. More than 135 contestants from all over the U.S., Portugal, France, Australia and Japan made their way to the sand to compete on what general manager of Victoria Skimboards, Kyle McClure, called “the best waves in 10 years.” Blair Conklin earned first place in the professional men’s category opposite the professional women’s division champion Keiao Gucwa-Bucasas. After the final heat ended, the excitement and activity continued on during the awards ceremony, which recognized the weekend’s 12 champions. —L.M. 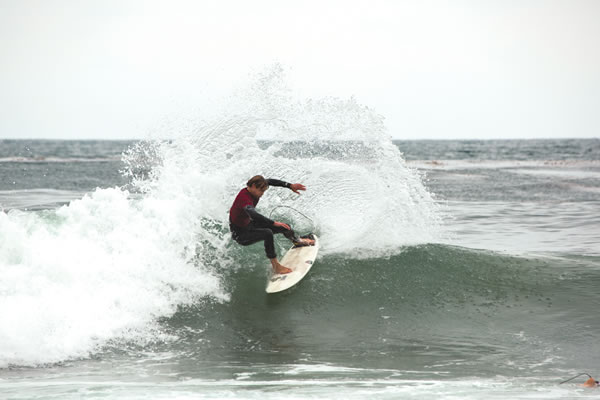 The Return of a Classic

The morning of June 8, the beach at Brooks Street was teeming with activity from 150 surfers competing in the 50th production of the Brooks Street Classic, Laguna Beach’s locals-only surf competition. The event, which is scheduled annually, made its return this year after poor surf conditions caused a two-year hiatus. Premiering in 1955, the two-day contest is called the longest running surf competition in the world by its organizers, and its popularity attracts the area’s biggest names. Volcom CEO Jason Steris and Roark co-founder and creative director Ryan Hitzel were in attendance to cheer on the competitors. Winners from 13 divisions received prizes during the awards ceremony. Hans Hagan earned $1,000 for his win in the Professional-Amateur event (Hans also won the senior masters division), while Alisa Cairns was the champion of the women’s division. In addition to the accolades, the awards ceremony commemorated the people who have been instrumental in organizing the contest year after year. —L.M.

Pacific Marine Mammal Center Director of Development Melissa L. Sciacca shares some of her knowledge on the recent sea lion epidemic in coastal Southern California. So far this year, the PMMC has rescued a total of 340 sea lions, a dramatic increase in patients, compared to last year’s 63 rescues.

Laguna Beach Magazine: Are there any new theories on what the National Oceanic and Atmospheric Administration (NOAA Fisheries) has declared as an Unusual Mortality Event?

Melissa Sciacca: This year the problem is specifically focused on malnutrition and dehydration. … The National Marine Fisheries Service is continuing to conduct research by studying the oceanographic conditions of the islands where the sea lions congregate and that data takes several months to collect.

MS: Four animals are currently being tracked; it is incredibly helpful to have satellite tags just to gather additional information on where they travel after they are released.

LBM: What is the current patient count at PMMC? 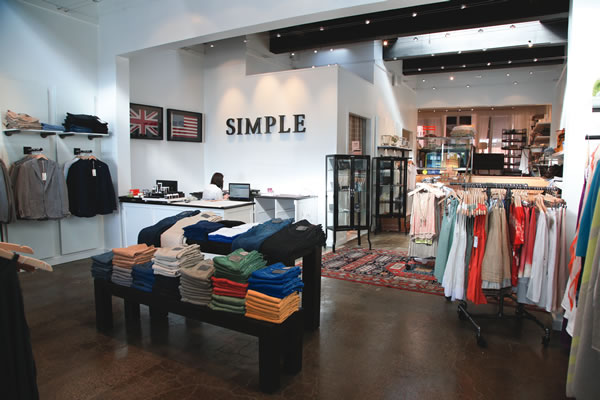 New Shops on the Block

Go from the cool Pacific air and into the balmy breeze of the Mediterranean Sea as you enter the new specialty shop in Panno Plaza. The Odyssey offers a wide variety of handcrafted goods, all imported from the eastern Mediterranean region. Hand-picked items range from home decor to body products to jewelry. Many products come from artisan workshops and nonprofit organizations that benefit the communities in which the goods are made. (949-800-9467)

Simple Lifestyle for Men & Women provides a shopping experience that’s anything but complicated. The shop features a tailored selection of men’s and women’s clothing as well as accessories for the refined shopper. (949-494-8100; shopatsimple.com)

Laguna Beach is now home to the third Robin’s Jean location. The new shop offers men’s, women’s and children’s clothing designed by Robin Chretien, who is enamored with Native American culture. He combined this passion with his love for motorcycles and vintage cars to birth Robin’s Jean, a brand recognizable by its signature gold-winged logo. (949-371-8918; robinsjean.com)

Using the Internet as his platform, Laguna Beach local Jean-Pierre Ruiz is offering healthy, sustainable products via his new online company, EcoStar Health Inc. Aimed at providing GMO- and additive-free foods, cooking products and even pet food, as well as planet-friendly household cleaning products, EcoStar Health turns to hemp as a main ingredient in many of its items. Brands include Dr. Darling’s Naturals and Salute D’Oro. The company donates 10 percent of its profits to charity organizations as well as offers free shipping. (888-674-4888;
ecostarhealth.com) —K.P. 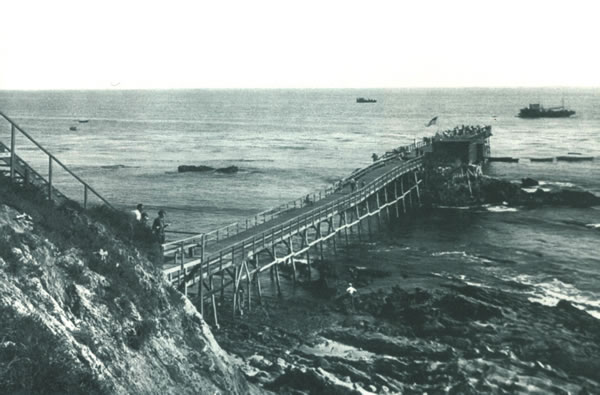 From the earliest Laguna Beach homesteaders and the construction of Pacific Coast Highway to the wild and picturesque natural landscape, Foster J. Eubank and Gene Felder couple Laguna Beach’s images from the past and present in a book of vintage snapshots. The book, “Laguna Beach,” divulges antiquities of the late 1800s and early 1900s, populated with historic photographs of beach camping, Joseph Yoch’s famed Laguna Beach hotel, the city’s beginnings as an artist haven and more. A 1916 photograph depicts Broadway Street as a swamp-like entrance to the canyon—a stark contrast to today’s busy downtown area.

In the book, the authors write: “When viewing these images, one is getting a peek into the history of the area, and if it were not for those people who diligently saved these images, we would never know how the area once appeared.” Pick up your copy at Laguna Beach Books Barnaby Rudge Booksellers and a number of other locations in town. —A.Z.

Philadelphia native Marissa Rose has recently become acquainted with the Orange County coast as her new home thanks to Instagram. The photo-sharing social network allowed her photos of yoga poses to reach Stand Up Paddle Co. in Laguna Beach; the company got in touch with Marissa and eventually flew her out from Pennsylvania for an interview and hired her on the spot. Two weeks later, she uprooted herself to join Stand Up Paddle Co.’s crew as a professional yoga instructor and she is now developing her SUP yoga routines, bringing a new twist to paddleboarding. “Combining paddleboarding and yoga gives people a great way to relax and strengthen their mind and body, while enjoying the open ocean,” she says. Follow Marissa’s SUP yoga adventures on her Instagram account, @marissaroseinspired. (949-715-9730; supcompany.com) —J.C. LBM