The NHL Hall of Famer, six-time Olympian and co-owner of Selanne Steak Tavern shares what he enjoys about Laguna and some of his favorite hockey career memories.

Known as “The Finnish Flash” for his lightning speed as a hockey player, Teemu Selanne, who spent most of his 21-season career with the Anaheim Ducks and won a silver and three bronze medals in the Olympics, is also well-known in Laguna Beach for the restaurant he co-owns: Selanne Steak Tavern, which opened in 2013.

Selanne had always dreamed of owning a restaurant because a couple of friends had restaurants in Finland, where he’s originally from. One day, nearly 20 years ago, Selanne was talking about this idea with his golf partner Kevin Pratt after playing a round together and, when the former French 75 restaurant space became available in Laguna, they decided to go for it.

Selanne was excited to open the restaurant here because it’s one of his favorite places. “I love the weather, beaches and the people,” he says. “I love Southern California in general as there’s no other place that you can surf in the morning, play golf in the afternoon and drive to the mountains to go skiing in the evening.”

Now open for almost eight years, the tavern serves up a wide range of perfectly cooked steaks as well as seafood, chicken and game plus artisan cocktails and a list of more than 2,700 bottles of wine—both world-class varieties and California cult brands. Selanne says his favorite dish at the eatery is the Lord Stanley (named after the Stanley Cup), a wagyu tomahawk rib-eye from Darling Downs, Australia.

In 2019, Selanne and Pratt teamed up again to open The Penalty Box at SteelCraft, an outdoor food hall made of repurposed metal shipping containers in Garden Grove. “We have such a great burger at Selanne Steak Tavern, we wanted to expand on that and open a spot more accessible to everyone’s pocketbook,” Selanne says. Playing on the hockey theme, the new eatery offers burgers called “pucks,” made with a blend of short rib, sirloin and wagyu; hot dogs and Polish sausages called “sticks”; gourmet poutine and shakes.

In addition to owning restaurants, Selanne also enjoys getting behind the grill himself, mostly to make steaks and burgers. “Cooking at home is a family experience—everyone gets involved,” he says.

Residing in OC’s Coto de Caza community, Selanne and his wife, Sirpa, have four children—Eemil, Eetu, Leevi and Veera—ranging in ages from 13 to 25.

When you’re in Laguna, what do you enjoy doing?

Teemu Selanne: I love staying at Montage Laguna Beach and visiting our restaurant. I enjoy talking with the customers and seeing how the staff are doing. I’ve even bartended from time to time, which is a lot of fun.

Looking back on your hockey career, what was your most memorable moment?

My biggest standout memory would have to be my first year in the NHL, but the biggest standout moment was winning the Stanley Cup. I had to wait 15 years to even have a chance to win it. So that’s why it was so special. But when I look back, the most impressive thing is that I was able to play for so many years, and I am proud and thankful for that. I created so many friends and relationships with great people in the hockey world. Overall, it is so wonderful to be part of the NHL and the hockey family.

As a car collector, which one’s your favorite?

I’ve always loved cars, and I really fell in love with the old American muscle cars. Out of all the cars I have, my ’59 Cadillac is the one people love the most. Oh, my God, they go nuts when they see it.

How have you been spending your time during the pandemic?

We were lucky to have all of our kids home this past year, so it’s been a lot of fun playing tennis and golf as a family, as well as cooking big meals together. We took turns each night making dinner, which was a lot of fun. We also picked up dinners from the restaurant. 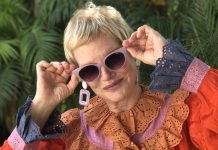 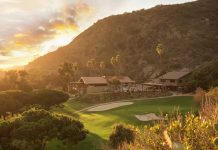 A Resort with Heart 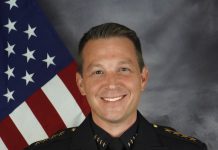