In a town that respects its environment and appreciates the allure of the organic, it’s not surprising to see natural stone embraced in interior design. In some instances, it’s edging out popular man-made alternatives like concrete for a more prominent architectural statement. Local decor stores are also featuring it in everything from agate accessories to onyx pendant lamps.

Stone falls in line with the organic materials trend gaining popularity nationwide in recent years—the desire to bring the outside in is seemingly universal. But for local interior designer Gary Finley, the natural aesthetic is appropriate for residential spaces because of its enduring appeal. “My personal preference is to use the natural stone to give a more relaxed, comfortable, warm environment that could be more timeless,” says the designer, who founded Laguna Beach’s Gary Finley Interiors in 1997.

The numerous types make stone incredibly versatile, and Gary has noticed some recent changes in how particular varieties are incorporated. For example, traditionally popular picks for indoor spaces are finding their way outside—such as granite for high-end outdoor kitchens, rather than tile or concrete—and vice versa.

“When you get the natural product inside the house, it just changes the interior environment significantly.” – Gary Finley

“There’s a broader understanding of what the stone can be used for,” Gary says, noting that years ago, he made the unconventional choice to use slab slate in a kitchen for a softer, less reflective look. At the time he was advised against it, but it’s held up beautifully.

Kitchens and bathrooms are often top-of-mind for stone, but it’s also featured in living rooms, bedrooms and more. One of the most popular and impactful ways to highlight it is via an accent wall, which can be successfully implemented in nearly any space.

The floor-to-ceiling approach can be a focal point or a subtle layer of a room, depending on how the material is cut, finished and organized. Gary notes that stone works equally well with both classic and modern styles.

“Eroded edges would be more traditional, where a clean, precision cut of a straight-stack material, with the horizontal dimension, would be more contemporary,” he explains. He’s especially fond of limestone for accent walls.

It may be more of an investment, but the texture and one-of-a-kind patterns found in stone add an element to a space that’s difficult to achieve using a faux alternative or wallpaper. Says Gary: “When you get the natural product inside the house, it just changes the interior environment significantly.” 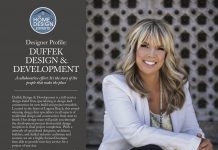 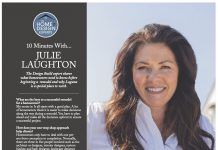 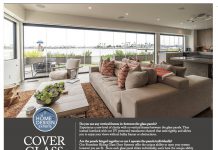