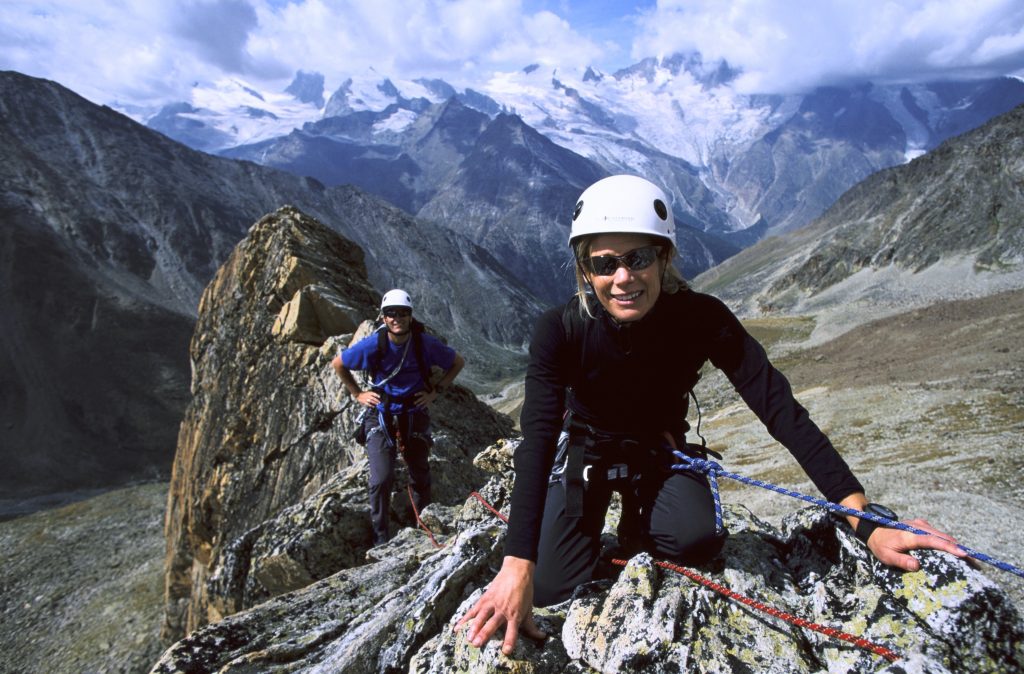 Since undergoing a heart transplant at the age of 34, Kelly Perkins has continuously climbed insurmountable peaks—both literally and figuratively.

When Kelly Perkins set out for a morning run in the fall of 1992, she could have never guessed that just a few hours later that day, she would be diagnosed with idiopathic cardiomyopathy—which hinders the heart’s ability to pump blood properly. Following her diagnosis, she spent more than three years undergoing procedures and experimenting with medications until she ultimately underwent a heart transplant surgery at the age of 34. Expected to survive for about 10 years with her donor heart, Perkins is a living, breathing example of perseverance, which she has proven by summiting mountaintops—from Half Dome in Yosemite National Park to the approximately 19,340-foot-tall Mount Kilimanjaro in Tanzania—more than two decades later. Perkins, who resides in Laguna Beach with her husband, Craig, also has become a successful real estate agent, focusing on Laguna properties and handling transactions totaling $21 million last year for Villa Real Estate company.

Her tale is one of motivation, courage and overcoming obstacles, immortalized in her 2007 memoir, “The Climb of My Life: Scaling Mountains with a Borrowed Heart”; in the creation of the Moving Hearts Foundation, which focuses on increasing organ, blood and tissue donations; and in speeches made around the world—including a recent appearance at the South African Heart Association’s annual SA Heart Congress in November where Perkins served as both an inspirational speaker and a panelist. The congress was held in honor of the 50th anniversary of the first heart transplant surgery, performed at Groote Schuur Hospital in Cape Town, South Africa, in 1967.

Throughout her journey, Perkins has continued to inspire people around the world. “While I am not a fan of being in the limelight, I have gotten used to it over the years and realize if I am just myself and speak from my heart, I can’t go wrong. Showing photos of me climbing with my donor’s heart is pretty moving, any way you look at it.”

Take us back to the moment you found out you needed a heart transplant. What went through your mind and how did you cope?

I was diagnosed in 1992, three years before my actual transplant. Over the course of that time I lived in survival mode … getting through the hours each and every day in fear of my heart. Near the end, I was taking nearly 28 pills a day with a bag packed for the hospital. … Because I was young and in very good physical shape, the hope was my heart would recover with time and I would be able to live with my native heart. I did not get better; the virus caused permanent damage to the surface of my heart. … My fix was not something sitting on a shelf; what would keep me alive was someone else dying. I could not hope to live or die, but oddly enough, I was at peace knowing my fate was far beyond my control.

Did you find out whose heart you received?

My donor was a woman who was about my size, athletic and just a few years older than me. She was horseback riding and hit her head after falling off a horse. She was admitted to a Los Angeles hospital anticipating she would go home the next day, but during the night she suffered an aneurysm and was pronounced brain dead. … Although my donor was from the state of Virginia, she was living in the area and loved Crystal Cove. … Coincidentally, before I was too sick, Craig and I would walk in the hills of Crystal Cove to build up my physical strength.

In what way did receiving a heart transplant change the way you live your life?

According to my doctors, they did not expect me to survive another 24 hours if a heart didn’t become available in time. Thankfully it did. But I know I was not the only one waiting. This heart could have gone to someone else and, if that “someone else” was as critical as me, they likely died. This is a tremendous gift and I feel a deep responsibility to take care of it, do something good, something useful to others.

How did you feel about speaking at the event marking the 50th anniversary of the first heart transplant, and what message did you share?

Just like with any first, odds can be stacked so high that success can feel impossible. For people who attended the event, they live in the world of new breakthroughs and the first heart is iconic and symbolic of a lot of milestones since. … Here I am nearly 22 years out, with the privilege to grow older, having a full life and having climbed some of the most iconic mountains in the word. My stepping on top of a mountain is as much their success as it is mine, and while [medical professionals] … see tremendous loss—lack of organs for transplant—I wanted to make sure they understand their hard work, focus and dedication has a positive outcome that is tangible.

What made you decide to start climbing mountains and what are the most memorable peaks you have summited?

Craig and I were always outdoors people; the mountains fueled me and felt like the most natural place for me to rebuild my strength. Initially, the climbs served as a checkup for me, a peace of mind that I was stable and getting stronger. … A good example of the symbolism behind the mountains we chose is Half Dome in Yosemite. I had hiked up the backside, the cable side, just after my transplant. Years later, I went on to climb the sheer face [with ropes and gear], including nights where we would bivy on the vertical wall. What was symbolic to me about Half Dome is the fact that it is broken, yet stands tall. That resonated with me.

Do you have any new expeditions planned?

For the past few years, I have been fully applying my focus, commitment and discipline to my real estate career, which is a new chapter that I love. So, yes, real estate is my new and ever changing “mountain,” and a big one.