Unless you work in the film industry, the term “production designer” is likely veiled in mystery. “Literally every clue that we can find out about someone’s back history can be told visually, without having to have someone say it, so that’s not in a script,” says Nelson Coates, a Laguna Beach resident who has worked on a number of popular films in recent years. “And the person that comes up with that is the production designer.”

According to Coates, his work in production design puts him in charge of creating the backstory—but he also handles the execution of the sets, props, costumes, hair/makeup, color palette, vehicles, stop rigs, special effects and more. “I have come to be known for my level of research and detail that I bring to stories,” he notes.

While he has now worked on movies such as “Crazy Rich Asians,” “The Proposal,” “On the Basis of Sex,” “Flight” and the “Fifty Shades of Grey” sequels, among others, production design wasn’t always a clear-cut path for Coates. He began acting professionally at the age of 6, while living in Tennessee and Kentucky, before moving to Texas for college.

Although he followed a pre-med track in college, he also starred in a number of collegiate and professional theatrical performances, and began designing for the stage. He eventually decided to move to New York to further his theater career, earning roles in off-Broadway shows as well as The Public Theater’s Shakespeare in the Park productions. From there, he says, he fell into designing for film after someone saw his stage work.

“I kind of describe it as being a visual anthropologist,” Coates adds. “You’re combining history, art, architecture—all sorts of disciplines. … When you’re doing film or television as an actor, you come in and do your bit and then you’re gone. … Whereas, as a production designer, I’m one of the first people hired on a project.”

While he’s often out of town while on set, Coates has lived in Laguna Beach for nearly 15 years, and he loves the long-standing art community in town. He has been on the Laguna College of Art & Design board of trustees for years, and often helps out by teaching classes or seminars where he discusses everything from copyright law to getting your artwork into films. He has also assisted with Laguna Outreach for Community Arts programs as well. “It’s exciting to help other people with things you’ve learned over the course of a career,” Coates says.

But his help doesn’t end there. Coates has also incorporated pieces by local artists in a number of high-profile films over the years. “I had a couple pieces by Betty Haight and Stephanie Cunningham in Sandra Bullock’s office in ‘The Proposal’ over a sofa,” he explains. That started him on a kick of using pieces from LCAD’s permanent collection, the college’s alumni or artists from local galleries; Coates also sometimes commissions artists for original pieces.

Coates is currently doing production design for the second season of Apple TV+’s “The Morning Show,” starring Jennifer Aniston, Reese Witherspoon and Steve Carell. He also worked on “In the Heights,” an upcoming film based on Lin-Manuel Miranda’s Broadway musical drama due out in June. “You have three predominantly different cultures in this neighborhood,” he says of the latter. “You have Puerto Rican, Cuban and, of course, Dominican. Each of them have different foods and clothing and arts and all of these subtleties of tradition that are from their homelands and yet, in New York, some of those have also then blended so you’re trying to honor each of those ethnicities and … also see the blends when they’re in New York in the same neighborhood.”

Coates says he creates close to 300 different environments each year, which makes him comfortable in making choices and putting them into action. “I like that challenge and I like having to think on my feet constantly,” he says. “… The wedding reception in ‘Crazy Rich Asians’ was exactly where this botanical garden was going to have its five-year anniversary and they almost didn’t let us film there … [because] they were having an event. … So we figured out how to make things on wheels, so everything would move away—because we were filming at night.”

Other challenges he has faced include creating fake snow by shaving sea salt in wood chippers for the Drew Barrymore film “Big Miracle”; having no time to test the water running down the aisle during the wedding scene in “Crazy Rich Asians” and all aspects of flipping actors upside down and recirculating water to produce rain in “Flight.”

But, despite the challenges, Coates says that he knows that his work is important. “It’s exciting to do art and design work where you’re getting to tell stories and hopefully get to move the needle on public discourse,” he explains. “With that opportunity comes an obligation and a responsibility to tell stories correctly and give people a voice that may not have had themselves represented [before]—… to open peoples’ eyes to how other people live. I love that—it’s very exciting.”

Oil and acrylic paintings by America Martin will be on display throughout February and March at JoAnne Artman’s newer gallery space at 346 N. Coast Highway. “Seeing America” will continue her figure-centric work, highlighting important activists in the “I See Heroes Everywhere” series. (949-510-5481; joanneartmangallery.com)

In an exhibit titled “Covid Times: Art During the Pandemic,” master’s students from Laguna College of Art & Design use art to process the current chaos in the world. Whether escaping to fantasy worlds or showcasing how things have changed in our actual one, this presentation reveals different perspectives on the ongoing pandemic. It will be on display through March 4 and appointments are required. (949-376-6000; lcad.edu)

Held both online and in the gallery, the annual “Women in Art” show once again coincides with Women’s History Month. From March 4-27, view pieces in a wide range of mediums, all created by female artists. Through Feb. 27, a special online only show titled “Landscapes” will also take place, featuring picturesque outdoor scenes. (949-505-0950; laslagunagallery.com)

Two genres of artwork are linked in “VRFA Modern + Contemporary,” an exhibit that can be viewed both online and at the Vanessa Rothe Fine Art gallery (by appointment) through Feb. 10. Realism and abstract are combined to create colorful, emotional, texture-filled pieces by fine artists like Rothe herself, Dan McCaw, Yari Ostovany and more. (949-280-1555; vanessarothefineart.com) 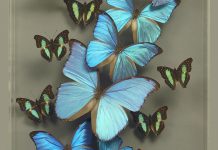 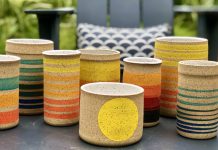