With views of Hotel Laguna, the El Mirador neighborhood is as close to downtown-living as you can get.- By Laura Gosselin | Illustration by Ken Harris | Photos by Jody Tiongco 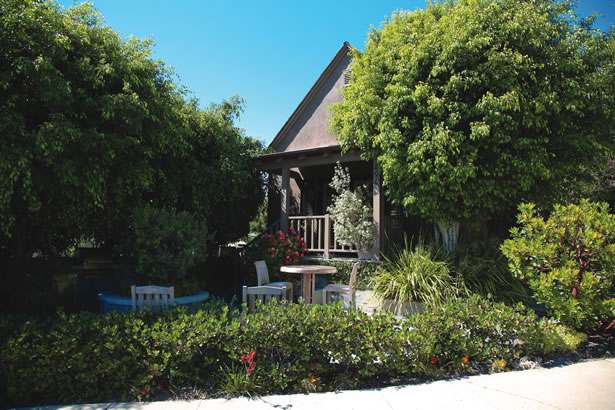 The El Mirador neighborhood, also known as the El Bosque on the city’s historic registry, is located just south of Legion Street on land that was subdivided in 1928. Many of the Mediterranean-, Normandy- and Provincial revival-style homes popular during the 1930s remain today, having been lovingly restored by their owners. Now, mere steps away from downtown, which is populated with shops, restaurants and art galleries, homeowners in this neighborhood have the best of Laguna Beach right at their fingertips.

“We love that every house in our neighborhood is unique and that we are close to the beach, downtown and our daughter’s school,” Legion Street resident Christa Henry explains. “We love that we can walk to dinner, the library and even the grocery store.” 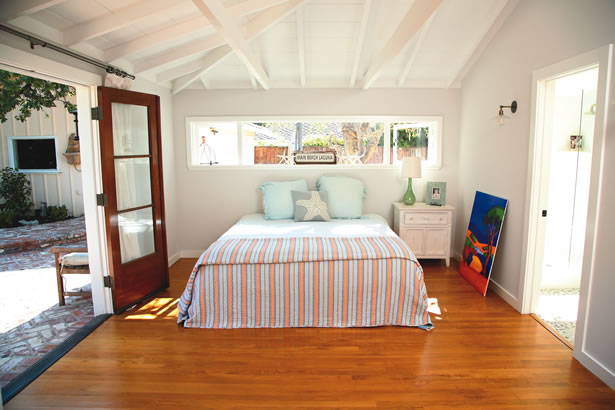 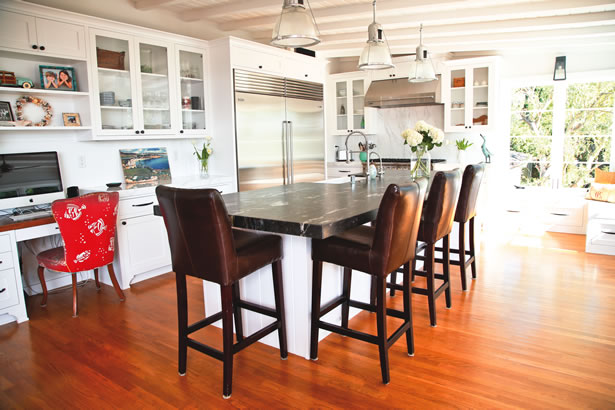 Located on Legion Street, Mike and Carine Garcia-Jurado live in a three-bedroom, three-bathroom cottage-style home built in 1937, which they have modernized over the last 10 years. Thanks to extensive renovations, the house, once cited by the city for safety code issues, is now a restored Laguna treasure.

“We were the first and only people to see our house when it went up for sale,” Mike explains. “Carine saw the realtor hammering the sign into the ground and called me immediately. I think it’s the only way to buy a house in Laguna—before anyone else can get it.”

However, it hasn’t all been smooth sailing for the family. After water damage forced them out of their house last year, they decided to leverage their predicament to revamp the entire house.

Now the family of five always gravitates towards the remodeled kitchen, which is twice the size it once was, and has become a hub for most of their congregations.

“Our kitchen, as is the case in most homes, is the place where everyone hangs out,” Carine says. “But before the remodel, we’d all squeeze onto the small bit of counter space that allowed for one stool.”

Now there is a large island with an imposing piece of beautiful black granite countertop to gather around. “It makes me feel like I’m eating on a piece of Half Dome,” Carine laughs.

In the living room, the family changed out all of the windows and doors, including the addition of a Dutch front door.

In the bedroom, the white oak floors were raised so the bed and bath are on one level. The old bathroom became a walk-in closet, the old foyer and closet area a new bathroom with a custom mahogany sink, which was built using the remainder of the granite from the kitchen island. The shower has an exterior door that leads to the backyard and makes a nice transition into the house when coming home from the beach.

“We have a great open floor plan,” says Carine, “and the house is very bright and happy.” 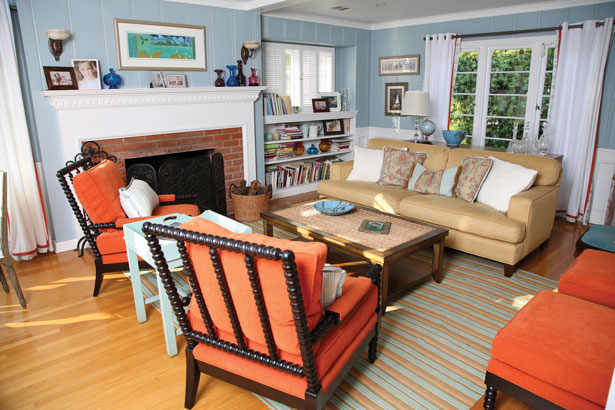 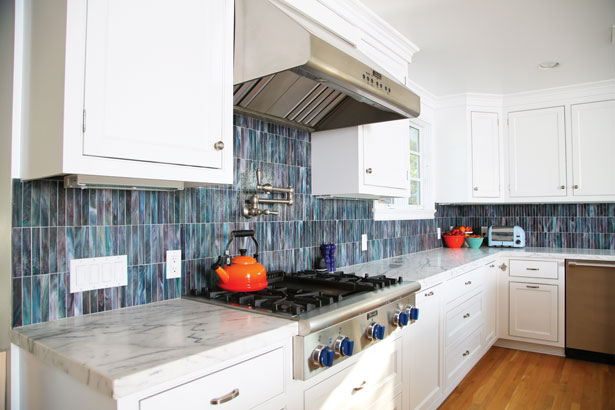 The Henrys moved from the Bay Area into a 1940s art deco cottage on Legion Street just 10 days before their first daughter Keala was born. On a short time crunch and hungry to purchase in Laguna, it was love at first sight for Christa Henry, who put an offer on the home before her husband Christian had even seen it.

“Now that’s called trust!” Christa laughs. “Good thing he also fell in love with the house when he finally did get to see it.”

When the couple moved in, many of the original features of the house were still intact, such as beautiful built-in cabinets in the dining room and ornate wood bookshelves in the living room.

“We fell in love with the house from the outside, and we were very happy that many of the original features had been preserved on the inside,” Christa says. “When we renovated, we did our best to match the existing molding, baseboards and wood floor. Some of the existing wood molding was no longer available, so we had it especially created to match.”

Before their renovations in 2005, the house was just a two-bedroom, one-bath house with a guesthouse, but with the help of local Laguna architect Tim Nicol and builder Charlie Williams, they connected the two houses to create one.

Walking in from the entryway, the cottage is very warm and comfortable, with beautiful original woodwork and caramel-colored wood floor. Since the kitchen is the heart of the home, a striking blue glass tile backsplash was installed, which inadvertently became the focal point of the house. 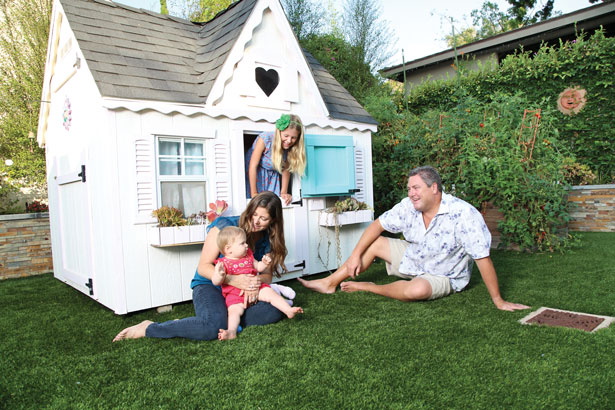 “Everything revolves around our kitchen,” Christa explains. “Whether we are hanging out on a weekend making pancakes, doing crafts, homework or entertaining, the kitchen is where the action’s at.”

Outside, the lot is quite deep, allowing the Henrys a great outdoor space, including a courtyard for entertaining with an outdoor kitchen, a raised veggie garden, and a lawn for the kids and dog to play. 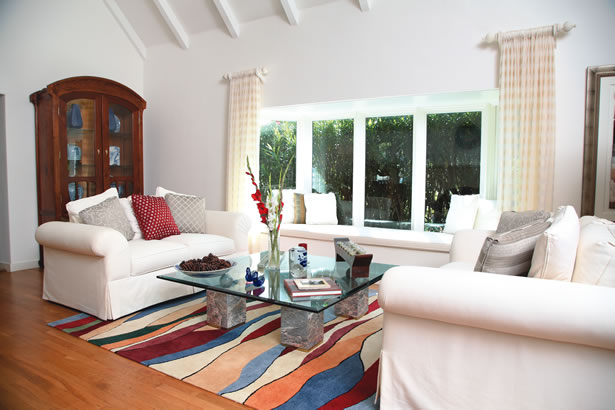 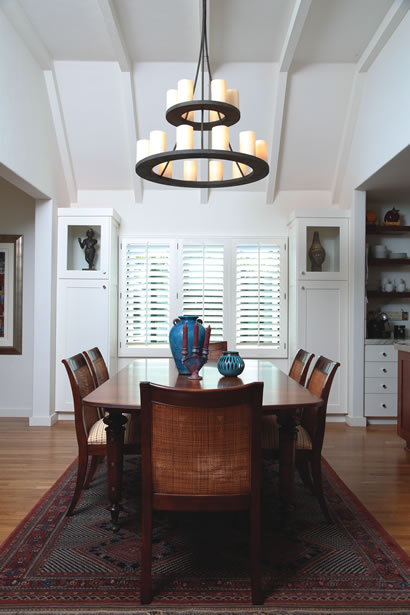 Another of Tim Nicol’s renovations is the Jameson residence, a 1930s medieval French revival on El Camino Del Mar, just a couple blocks off Legion. Originally from Santa Barbara, Sally and Jeff Jameson chose the property because it made them feel “at home,” with each house on their block being from a different vintage style and age. Sally and Jeff felt the eclectic community of homes attracted a cross section of people, with the uniqueness of the homes matching the uniqueness of the residents.

Purchased in 1988, the home was remodeled by the Jamesons prior to moving in. However, two grown children and five grandchildren later, the Jamesons quickly realized they needed more space, but the thought of leaving their beloved home pained them.

“After much soul searching, we decided to stay in this home and enlarge it,” Sally explains. “We chose Tim Nicol to design a space, preserving the integrity of the original design, but adding the square footage we needed.”

Nicol, who they refer to as their “architect extraordinaire” created a design that included an added office/studio space, a laundry room and an incredible master suite with a walk-in closet. Additionally, the Jamesons opened up the living, dining and kitchen area by defining the rooms by use of furniture, rather than walls, which works well for entertaining. To complete Nicol’s vision, the Jamesons hired Mike McElheny of McElheny Construction. Upon completion, the home was featured on the Village Laguna Charm House Tour 2010, giving everyone involved with the project a sense of “job well done” satisfaction. 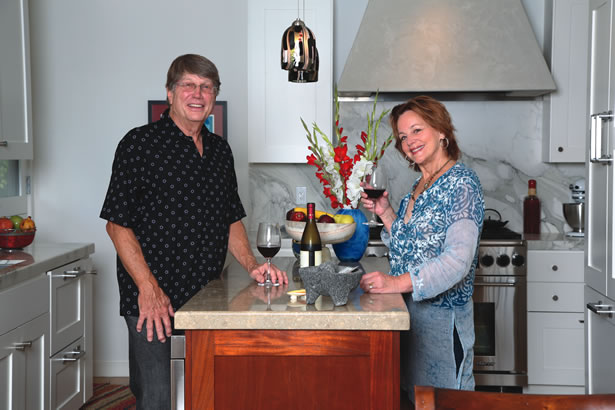 The Jamesons, now retired, enjoy the lackadaisical hum of the beach downtown lifestyle. “We love being in the hub of activity, even though we are across from the high school. We have had many parties, a wedding and a couple of events here,” Sally says. LBM 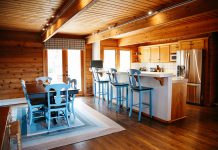 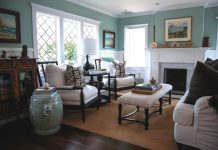 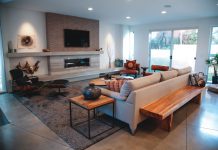