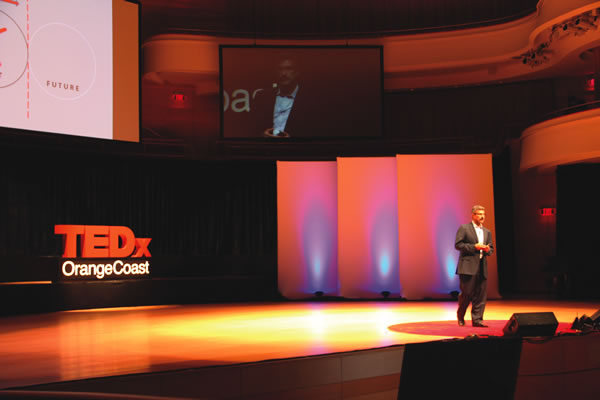 “Ideas worth spreading” filled Segerstrom Hall on Oct. 10, when more than 30 speakers took the stage at TEDxOrangeCoast, Orange County’s independently organized TED event. The theme was Redefining Relevance, and among the speakers were Laguna Beach resident Hans Keirstead and Laguna Niguel resident Emile Haddad. Hans—a stem cell expert and professor of neurological surgery, and anatomy and neurobiology at UC Irvine—spoke on how stem cells offer a new perspective on treating diseases. Hans recognizes that those in his field fail more often than succeed, but “innocent intrigue” continues to drive scientific discovery. With this intrigue, Hans says, “Life prevails in the scorching dessert.”

In a more personal talk, Emile, founder of Five Point Communities, recounted his childhood during the Lebanese Civil War. Contrary to his upbringing, Emile now lives comfortably with his family in a peaceful environment. However, Emile said in his talk, he has never abandoned the skill of staying one step ahead: “We cannot survive unless we’re relevant. … Survival is relevance.” (tedxorangecoast.com) —L.D. 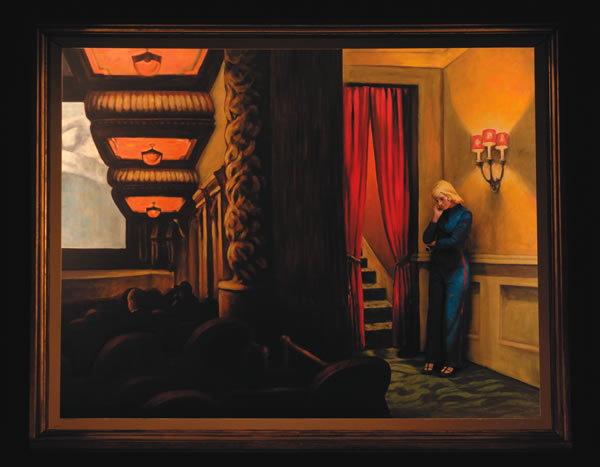 Since the summer of 1933, the Pageant of the Masters has brought art to life with tableaux vivants (“living pictures”). The 2013 show celebrates the pageant’s 80th anniversary with the theme The Big Picture, a salute to art that inspired films. The pageant will put its spin on works that had influence on such films as “Psycho,” “Barry Lyndon” and “Gladiator,” and reenact them in the scenic Irvine Bowl. The show will include 40 works of art, requiring 145 volunteers and an orchestra of 30. “Every year’s pageant is a labor of love,” says Diane Challis Davy, Pageant of the Masters director. “The 80th year is special for us as we celebrate the participation and support of hundreds of volunteers who have made the show possible.” Pageant tickets will go on sale Dec. 1. —B.T. 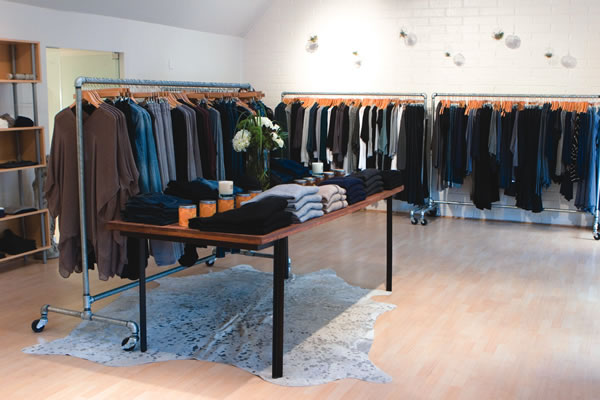 A short stroll around town is all it takes to discover some new gems. Here’s a look at the retail happenings in Laguna Beach. 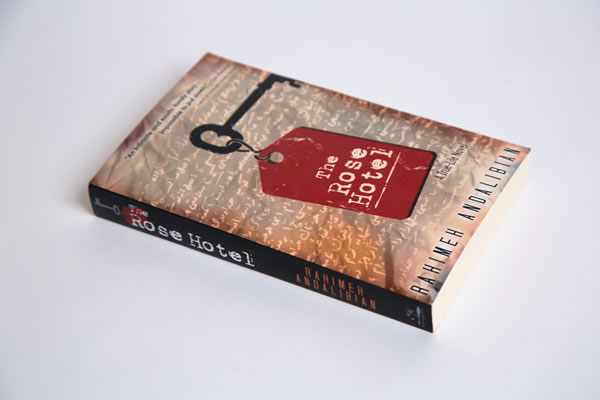 Local clinical psychologist Dr. Rahimeh Andalibian has taken her practice into another realm of therapy with her literary debut, “The Rose Hotel.” A true-life novel retelling her family’s struggle and heart¬break amidst the Iranian Revolution of 1979, Andalibian gives a cathartic and vulnerable account that she hopes will resonate with her readers. “The Rose Hotel” is employed as Andalibian’s tool to confront prejudice and preconceived notions of the Middle East, especially the West’s associations with Iran. Using creative storytelling as a vehicle for conscious dialogue, Andalibian places herself under the microscope and uses her family’s story to address acculturation and racial identity issues. With “The Rose Hotel,” Andalibian leads by example in offering her readers the opportunity to heal by confronting their own pain and trauma with bravery and resilience. (draconnect.org) —F.N.

The playground at Main Beach recently underwent a much-anticipated remodeling with the intent of reopening in December. Since its installation in 1998, the playground has suffered much disrepair, and the City Council approved a $225,000 contract to replace its equipment. New to the facility is a rubber ground covering, slides, bridges and a concrete dolphin that will serve as a landmark for the remodeled playground.

Embracing the trend of going green, the new playground, covering 3,050 square feet, will be manufactured with sustainable materials by Landscape Structures Inc. The design itself will play upon Laguna’s coastal location and artist community. Emphasizing an ocean color scheme, the playground will feature information panels on ocean safety and marine life, and climbing structures modeled after the nearby lifeguard tower. —J.H. LBM

Laguna Beach Magazine is now available on the tablet and smartphone. The magazine application officially hit the iPhone and iPad, as well as Android tablets and phones in October to take readers past the print edition to an interactive content-viewing experience. Firebrand Media LLC Director of Sales and Digital Media Scott Sanchez says the app’s easy-to-consume nature sets it apart. “It’s the first time I’ve wanted to view a magazine on a device rather than [a hard copy].”

Tablets and smartphones provide sharper imagery than in print as well as permit instantaneous links to additional content while text flows alongside and atop visuals—meaning more photos and videos available at your fingertips.The easy-to-navigate app features a drop-down table of contents as well as bookmark and sharing options, so it’s easy to save and return to articles or share with friends. Now you can take your reading material when you’re on the go, and embrace an economically friendly, enhanced viewing experience at the same time. —K.P. 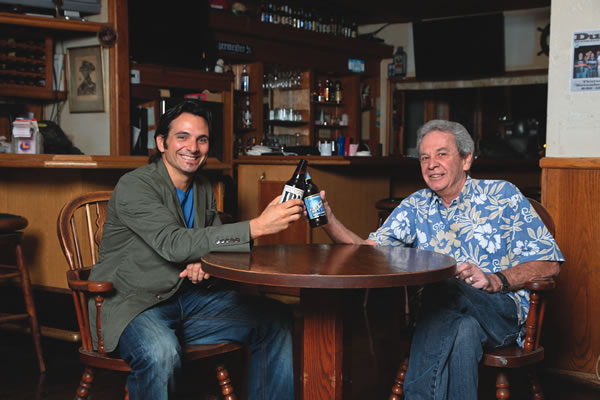 The iconic Marine Room Tavern on Ocean Avenue has changed ownership for the third time in 78 years. Chris Keller, owner of K’ya Bistro, The Rooftop Lounge and House of Big Fish & Ice Cold Beer, took over in late November after Kelly Boyd stood at the helm of the local hangout for 25 years.

“Kelly asked me to meet with him at his house, and he informed me he was going to retire but wanted the Marine Room to live on and be run by a local who understands this community,” Chris says. So, he continues, he plans to carry on the tradition that has been developed—with a few enhancements, like specials and local incentives.

Beyond that, tradition will ensue. “The Marine Room Tavern is a legendary place in Laguna Beach—it has some of the best bands that have been playing there for since the early 1990s. …We will continue to be ‘where the locals gather.’ ” —K.P. 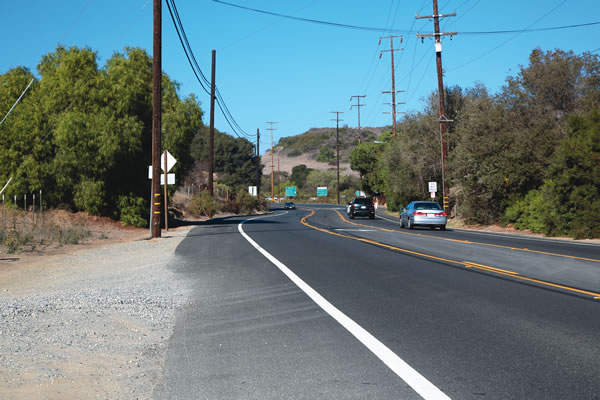 If things go as planned, Laguna will see its first real bike lane by summer, according to Complete Streets Task Force Chair Chris Prelitz. In October, the City Council approved plans to restripe a portion of Glenneyre Street to include bike lanes. This puts Laguna one step closer to becoming a “Complete Street” area that accommodates pedestrians, bicyclists and motorists alike. The bike-friendly restripe is also in accordance to a state law requiring roadway updates to take all uses—including bike lanes—into account when re-planning.

“The reality is everyone benefits,” Chris says. “It slows traffic, there’s less noise and the big thing is retail sales increase.”

The bike lanes now only need to be approved by the planning commission. If passed, half of Glenneyre Street—from Thalia to Calliope streets—will be restriped to include one lane in both directions. The local Complete Streets Task Force also successfully requested that 32 new bike racks be installed around the city. —K.P. 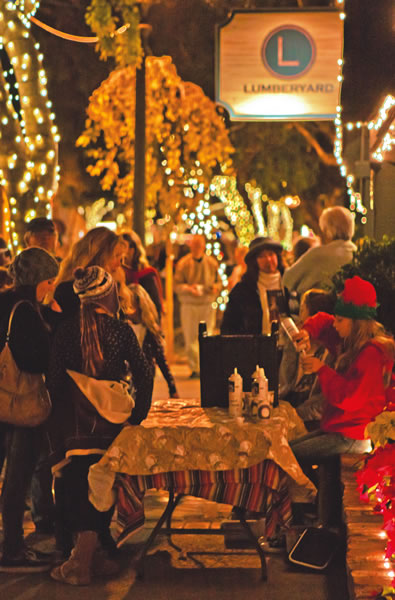 The holiday tradition continues as the Laguna Beach Chamber of Commerce hosts it’s annual Hospitality Night, where the community comes together in appreciation of local businesses and celebrates with holiday festivities. Santa will arrive in Laguna Beach on Dec. 7 to light the City Hall tree and spark the holiday season. The downtown fun takes place from 5 – 10 p.m., including children’s activities with Santa, an active nightlife scene and businesses on Forest Avenue open until 9 p.m. During the festive occasion, guests can also join family and friends for the annual showing of “It’s a Wonderful Life” at Laguna South Coast Cinemas. (949-494-1018; lagunabeachchamber.org) —L.Z.

Local Architect Honored by The American Institute of Architects 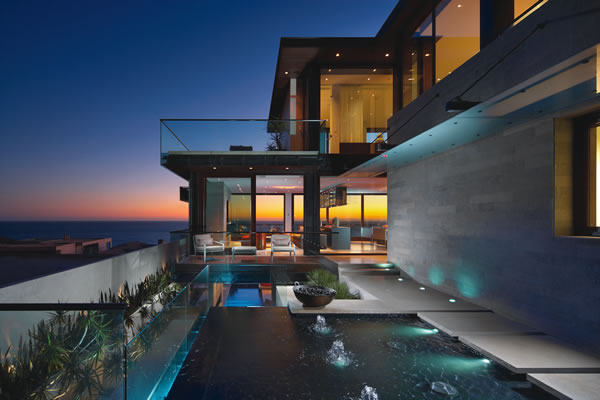 The Orange County chapter of The American Institute of Architects (AIA) recognized Laguna Beach architect Horst Noppenberger for two of his residential designs in Orange County, the Caya/Saeman Residence and the Reyhani Residence.

The Reyhani Residence, located in unincorporated Orange County at the base of the foothills of Tustin Ranch Road, received both a juried award as well as the Member’s Choice Award. The remodel and addition of the 1960s midcentury residence now boasts sustainable technologies and a progressive design that creates spatial continuity between the interiors and exteriors. Also defining the space is a 50-foot-long, full-height onyx wall that is inserted into the skeletal frame of the house.

Located at The Strand in Dana Point, the Caya/Saeman Residence is not only a relaxed family beach house but also a modern marvel. Marrying serenity with modernity, a series of reflecting ponds contained within the central courtyard instills a sense of meditation and retreat. Limestone walls also anchor the structure into the coastal terrain, balancing intimacy with communal space. Combining imagination with logic, as well as environment with living space, it’s easy to see why Horst’s designs are highly lauded. —A.T. 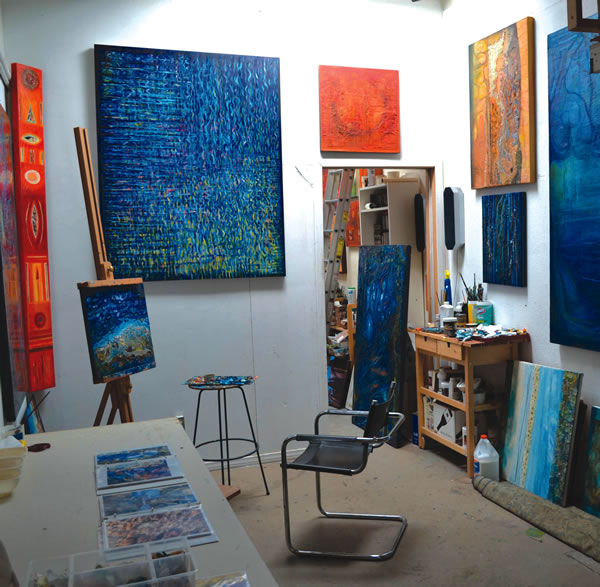 The Laguna Beach Arts Commission launched the first in a series of six Artist Open Studios events Oct. 6. The series will be carried out the first Saturday of the month through March 2013. On each occasion, a docent will guide participants through the studios of 35 artists along Laguna Canyon Road. Guests are invited to experience firsthand the inner workings of the minds of such artists as Louis Longi, who employs lost-wax casting in his original bronze sculptures, Scottish-born Paul Gardner, whose usage of mixed media portrays abstract interpretations of the Earth’s topography, and local landscape photographer Cheyne Walls, whose travels have brought him across the breadth of the U.S. and as far as Western Europe to capture the splendor of nature. Free parking is available, as is a free shuttle service running every 15 minutes from Act V. (lagunabeachcity.net) —F.N. LBM