When students step onto the court or the field, they learn new skills and challenge themselves in ways that can’t be learned from a book in class. Athletics, like other extracurricular activities, come with a wide range of benefits, which Darren Utterback has seen firsthand in his 34 years of coaching volleyball.

In addition to overseeing boys volleyball at Laguna Beach High School, which begins its season this spring, Darren stepped in to lead new volleyball squads at Thurston Middle School this past fall. Suggested by parent Lisa Rossi, the city launched an after-school sports program on the campus and there were enough participants to form two boys volleyball teams—one for seventh-graders and one for eighth-graders. As interest grows, other sports are being added.

The Thurston teams practiced twice a week and only played exhibition games while looking into joining a local league. “I think this kind of program really … lets kids get a little taste rather than three nights or four nights a week practicing with club [teams],” Darren says. “It gives them a lower-key way of getting a taste of it.

“… Most kids will never play in college, let alone pros or anything like that, so they should get as much as they can out of their middle school and high school experiences,” he adds. “I know people that grew up and volleyball was their third sport. And now that they’re adults, it’s their No. 1 sport. They play on the sand all the time. … Because they had that foundation, they were able to transition and make it this lifelong sport.”

Here, Darren weighs in on helping young athletes develop a strong skill set without pushing too hard—for both safety reasons and to prevent them from burning out—to maintain a love of the game.

Laguna Beach Magazine: What are some of the benefits of youth sports?

Darren Utterback: I don’t know that sports are any different than other activities, like music or anything else. I think there’s a social component where you meet people that you maybe otherwise wouldn’t meet. … And then the obvious thing is the team effort and working toward a common goal.

LBM: Are there benefits to starting younger?

DU: For better or for worse, kids specialize much younger these days. I see it as being kind of sad, but it’s not going away. … So, what I did with my own children was I would only put them in clinics in whatever sport they were interested in … with coaches that I knew would do a good job technically with them. And I would give them time to build a good foundation before we made any kind of decision on how much time we really wanted to invest in that.

LBM: Do you have any tips for keeping kids safe when they’re playing sports?

DU: I don’t know if there [are] any surefire ways of doing it. But usually one of the things you try to do is … make sure equipment’s used in the right way. I know that when the [middle school] boys come in, the first thing I have to do is settle them down because they’re just getting out of school, so there’s this crazy pent-up energy and they just start kicking the ball around the gym. …[Also, it’s] more important for your body to be warm than it is to stretch first. They’re all important, but the warming up and actually running and getting your body temperature up makes your muscles and tendons more pliable so you’re less likely to get injured.

LBM: Do you have any advice on balancing athletics and academics?

DU: Studies show that athletes typically get better grades than nonathletes. I think it’s because they have to manage their time so well. … I’ve always been one to tell kids, ‘I just need you to be honest with me. If you’re struggling and you need a day, you’ve got to let me know. Schoolwork needs to come first. Most of you are not going to play in college, let alone beyond that, so school’s got to come first because that’s what’s going to help you get to where you need to be.’ ” 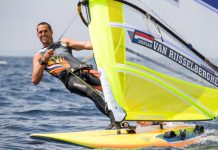 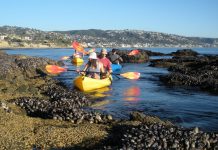 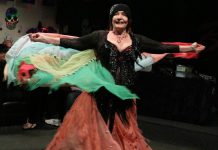